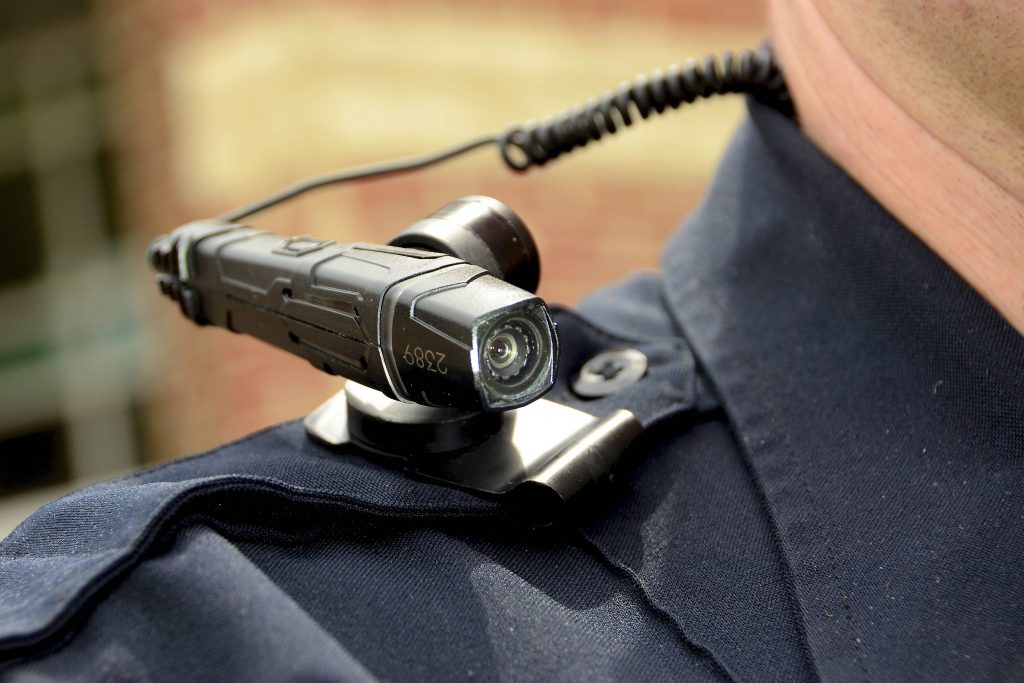 Over the last few years, there has been a notable increase in the number of organisations, both public and private, that require their staff to carry body-worn cameras (BWC).

As well as police forces and the military, there has been a rise in the number of private security personnel using BWCs. From bouncers at nightclubs to prison officers, more and more private firms are using body-worn cameras to stop incidents before they happen, capture incidents that do occur and even hold security staff accountable for their actions.

But this change has been a long time coming, and it is not a change that everyone is keen to embrace. In this article we look at the rise of BWCs, their adoption by different segments of society and some of the successes and controversies that accompany the technology.

A brief history of body-worn cameras

BWCs are nothing new. Indeed, the notion of recording your daily activities and in turn being recorded is nothing new. CCTV cameras have been recording our movements since the 70’s and more recently apps like Periscope and Snapchat have allowed people to record and share even the most mundane of events with the world.

Cameras that could be worn everyday first came into the public consciousness with Google’s brief flirtation with Google Glass; a device which could live stream video from a camera within the glasses. This immediately raised questions around invasion of privacy and consent, with some establishments banning them before Glass had even been released to the general public.

For a variety of reasons, Google Glass never took off. But police in the UK have been using BWCs to record their daily intereactions as far back as the mid-2000s. The trials were deemed successful enough for cameras to be issued to over 22,000 Met frontline officers in 2016 and they are now seen as avital part of an officers equipment in many parts of the UK.

The tipping point for BWCs in America came in August 2014 when the unarmed Michael Brown was shot and killed in Ferguson, Missouri by police officer Darren Wilson. Prior to the shooting only a few dozen smaller departments had implemented body-worn camera programs. By September 2015 the US Department of Justice had released $23 million to 73 agencies in 32 states to expand the use of body-worn cameras. Washington, D.C, New York and Los Angeles were among the first to start their own pilot programs. 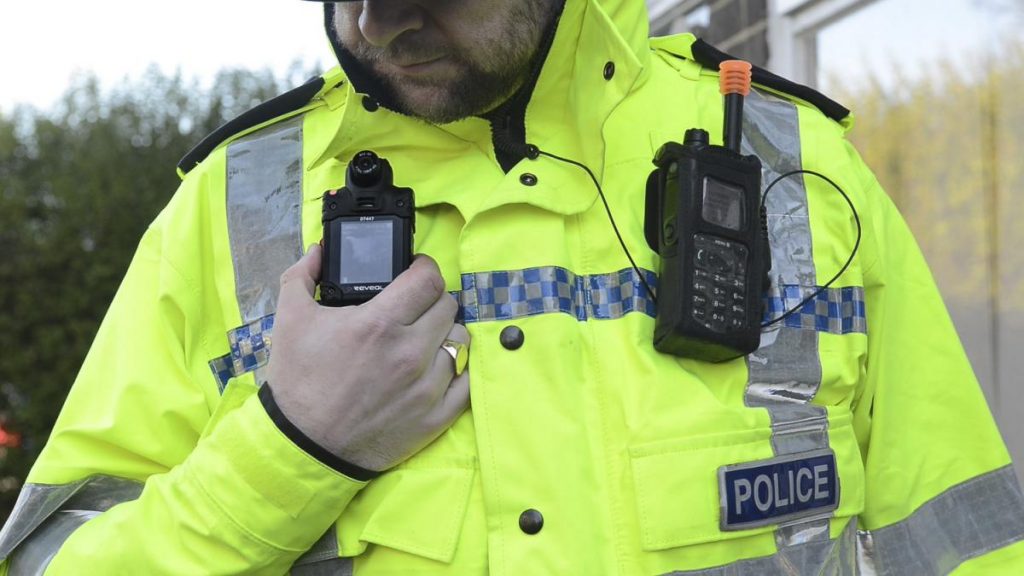 Adoption by other sectors

Police forces across the US and UK have been quick to adopt body-worn cameras, seeing them as a way to build community trust, provide evidence following confrontations with citizens and hold officers accountable. Indeed, a number of US states are now requiring them as a matter of law. This has lead to many other sectors utilising BWCs for a number of different reasons.

In Florida, for example, BWCs are used by parking, fire and buidling inspectors. In Iowa, they’re used by principals and assistant principals during the school year to record their interactions with teachers and students. In Denbighshire, UK, they’re used by bailiffs and environmental crime enforcement officers. The reason cited by many of these groups is that when they find out they’re being recorded, their behaviour changes for the better significantly.

Despite some successful adoptions and the potential benefits of using body-worn cameras, many other private security firms have been slow to embrace them. This can largely be attributed to high costs, a lack of training and range of legal considerations.

Although the initial cost of equipping security personnel with BWCs is dropping thanks to advances in technology, private firms do not have access to some of the grant money that is available to public law enforcement agencies. This can prove prohibitive, especially for smaller firms.

There is also the cost of video storage and management which can be difficult for some firms. Typically, body camera footage is uploaded and stored in an in-house server or an external cloud server. But storing all this video data onsite or in the cloud can be expensive. To help companies with this, some BWC providers, like Hytera with their VM685 bodycam, have tiered options offering different features depending on the number of staff and locations which may provide some flexibility on price.

In order for companies to actually collect footage, they will first need to undergo training on how to use the BWC and accompanying equipment. They will also need to create their own policies and train staff to adhere to them. This will include things like when to turn the camera on, when and how to let people know you’re recording and how to upload the recording to the server. This level of training can be time-consuming and is often beyond the capacity of some security firms.

There are also a multitude of privacy concerns for security firms looking to adopt body-worn cameras to consider. A person recorded by a body camera may attempt to sue the security firm or the business contracting the staff member for invasion of privacy. The risk of this sort of headache is too great for some firms. 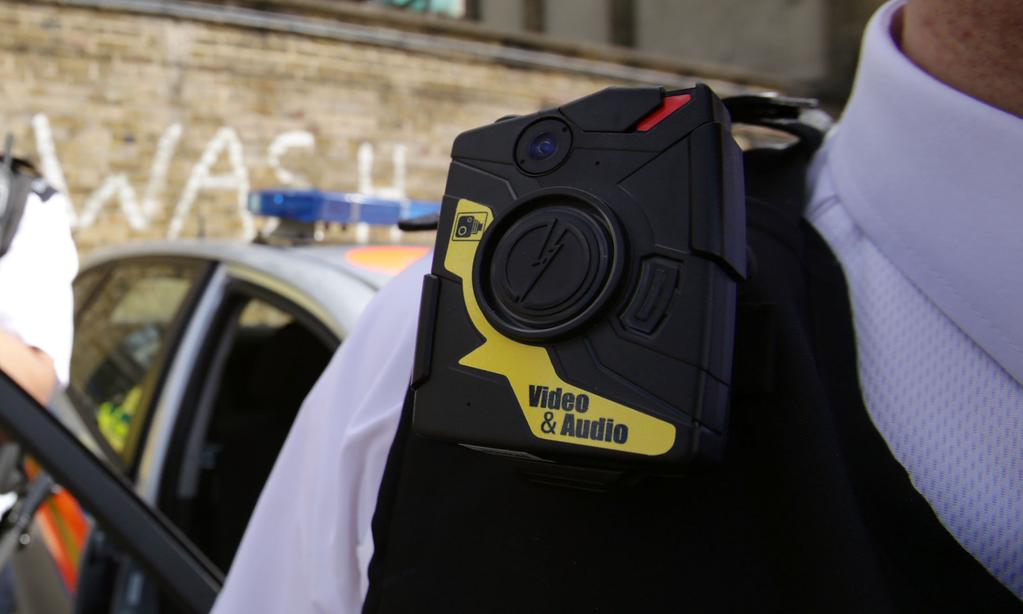 Over the last few years, body-worn cameras have really come to prominence due to a number of high profile cases in the US, including a police officer in Baltimore recording himself allegedly planting evidence. But there have been success stories for police. A study by Cambridge University found that police equipped with body-worn cameras receive 93% fewer complaints from the public. It’s important to note, however, that behaviour changes seemed to rely on the camera recording throughout the event and all parties being aware that it was on. This suggests that the camera had a positive impact on the behaviour of both the member of public and the officer involved.

San Diego had similar success, with misconduct allegations down 43% and cases of high-level use of force reduced by 16% between 2013 and 2016.

Having BWCs can also help to protect firms and individuals from lawsuits. Many professionals, such as those who carry out repairs on properties while the owner is away use bodycams to protect themselves from liability. With the evidence provided by body cameras, false and frivolous claims can be more easily dismissed. Cases of misconduct can also be dealt with a lot faster.

The future or the present?

Body-worn cameras have become more and more commonplace with law enforcement around the world. And gradually other sectors, both public and private, have caught up. As the technology becomes cheaper and governments agree on legislation, some of the old stumbling blocks will erode, potentially leading to greater uptake from private firms.

Public perception of the devices is also changing as they become more accepted within society. There is a risk that, as the technology spreads, this could present more opportunities for people to misuse it. The policies and restrictions around when and how police forces use cameras is clear. For the public, it is less tightly regulated.

But some research suggests that a world with more cameras monitoring us may actually be more pleasant to live in. One unforseen consequence of having cameras everywhere, some experts argue, is that it will make us all more tolerant. After all, if some of us have embarrassing videos of ourselves floating around the internet, we might be more forgiving of others who have it too.

Whatever the future holds, one thing we can be sure of is that it will all be caught on film.