From communication to entertainment to safety, technology has undoubtedly found its way to being an important part in anybody's daily life. Its evolution and improvement have gotten to be so impressive that they are now even products especially designed for those who we'd think to be the least interested: the senior market. You may have a grandpa who's a little too stubborn to hold a techy device, but nevertheless, he might have a change of heart with these really cool gadgets astoundingly designed with seniors in mind. 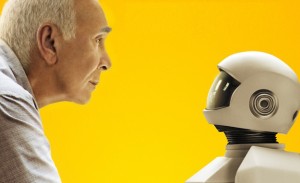 Yep, it's as techy as it sounds! It's true that you could always hire a cleaner for your parents home, however, in between visits, you can give them a chance to restore their sense of control and dignity by allowing them to do the cleaning by themselves, only this is so much easier. Housecleaning robots like the iRobot can take care of the most tedious housecleaning tasks, conveniently assisting elders in doing rather fulfilling yet strenuous chores. Another type of robot that will serve very handy is a special eldercare telepresence robot. GiraffPlus is expected to be tested in real homes in Europe in 2014. It uses a network of sensors in the home to monitor the health of an elderly person throughout the day by measuring blood pressure and body temperature. It can also detect when someone is lying still for an unusually long period of time. Now isn't that a good use of technology?

If you're in your thirties and already finding yourself forgetting your meds when you're down with flu or missing to take your vitamins, you can just imagine how serious the case could be for seniors who are going through memory loss problems. Pillboxes are common items for the elderly. Thus, giving it a touch of modern innovation really takes it to a whole new level of efficiency. Digital pill reminders are used to keep seniors from forgetting about their prescriptions or getting them scrambled. MD .2 is a monitored dispenser that can load pills and allows seniors to dispense them with a touch of a button. Rescue Alert on the other hand can detect and will alert when a lid isn't opened during the right time of dosage. For problems in taking half a prescription, there are also available automatic pill grinders in the market. Products, like the Power Pill Grinder, are capable in mortaring or halving pills. What's even great about these items is that they are very handy to carry so bringing them in trips or daily errands won't be a problem. 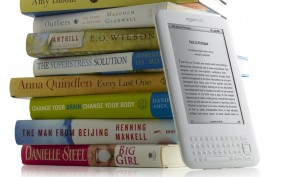 E-readers have surely found a niche in the gadget craze these days. Kindle, Sony, Barnes & Noble, even iPad have brought readers an alternative of getting hold of books and magazines. Even seniors wouldn't have a problem engaging into some literary adventure with large font e-readers coming out. Both the iPad and Amazon Kindle feature 9.7-inch screens. Fonts can even be set larger, making it about 15% more than the typical Kindle font. One of the things that could turn off a reader, regardless of age is the vividness of the words in the screen. Therefore, e-readers with larger fonts are great for readers with low or diminishing vision. Now grandma won't have another excuse for not going through that lasagna recipe you downloaded for her. 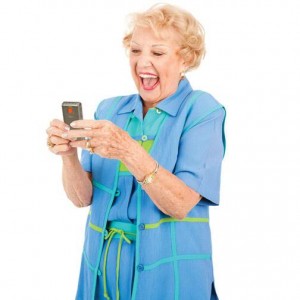 Considered a must-have in today's lifestyle, cellphones are not only proven popular among the young but among the senior market as well. And with the emergence of smart phones, even our elderly loved ones are enjoying its perks, just as long as it has easy-to-use interface and provides convenient options to connect and communicate through call, text, and even video calling through downloadable apps such as Skype, Line, and Facetime. Smart phones like RakuRaku and Fujitsu are recommendable for senior use. For added security and assistance to the elderly, there are phones like the Jitterbug from Great Call. It boasts of big buttons and a large display and has powerful speakers for loud ringtones and clear call quality. Its most popular feature is its budget friendly plans with a 24-hour tech support whenever the user needs help with a function or task.

Amanda Smith is author at LeraBlog. The author's views are entirely their own and may not reflect the views and opinions of LeraBlog staff.