Every day, our world becomes more futuristic and exciting. In 2016 alone, several intriguing gadgets will go on sale to the general public, putting exciting technology right at your fingertips. From wearing a smart ring to gaming like you’re actually in the game itself, this year you’ll be taking advantage of gadgets like never before.

The SCiO molecular scanner uses infrared light to determine what’s in the food you’re about to eat. Caloric and fat content display on the corresponding app, along with other nutritional tips and an overall summary of your day’s food so far. It sounds like a diet gadget, but it’s a sophisticated device that DietSensor, the company that created it, intends to help people with diabetes and other health issues manage their food intake.

Were watches never your thing? The newest in wearable smart technology is the ultra-small smart ring. Wearable jewelry has come a long way from the watch; smart rings go from discrete rings that look like wedding bands to fashion-forward gemstones that look like statement jewelry. Not all of them are created equal. Some are too bulky to be comfortable, but the idea of the smart ring is sound: the features available in a smart watch, but smaller.

Investing in a quality camera used to be extremely cost-prohibitive to anyone who wasn’t a professional photographer. Now that camera technology has evolved, and we all have relatively good cameras on our smartphones, we’ve become a culture interested in photographing our surroundings. Now, you can get a smaller, more affordable camera with some of the best features. Sony’s best E-mount digital camera will knock your socks off, especially if you’ve spent the last few years with your smartphone’s camera.

If you haven’t jumped on the 2-in-1 tablet bandwagon, it’s time to get moving. Touchscreens, removable keyboards, and extreme portability make 2-in-1 devices convenient and ultra user-friendly. Some of the higher-end models have processors that rival those in laptops, making them powerful enough to run the Adobe Creative Cloud and your favorite games. A 2-in-1 is a great solution when you need to have your computer with you all day, or when you do a lot of traveling.

Once upon a time, virtual reality headsets seemed like science fiction. Now they’re real, and if you want to splurge for an A+ gaming experience, you can order one online today. You still have to game with a controller in your hand, but the best VR headsets visually immerse you in what you’re playing, letting you share your character’s point of view. Some models aren’t available to the general public, but they will be soon. The Oculus Rift, one of the best, should be available sometime in 2016.

Wearable translators have the power to make language barriers a thing of the past. By the end of 2016, you should be able to purchase a translator you can wear around your neck. One of the first models that will be available is called ili, and it doesn’t need Wi-Fi or any other kind of network to function. Within three generations, the translator will be able to translate English to nine other languages. Unless you’re someone who travels a lot, a wearable translator may seem rather extravagant, but the concept is amazing. Imagine what it’ll do for international travel! 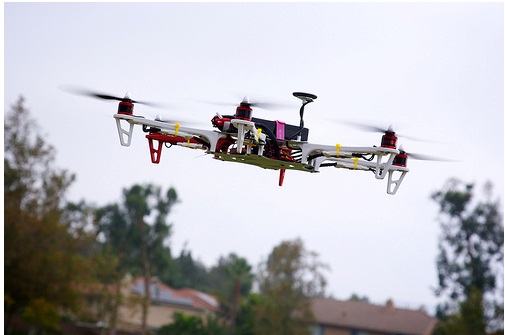 If you’d rather play games outside than on a console, the gadget you need in 2016 is a drone. You operate a hand-held controller to fly the drone, which can hover or speed off into the distance at your command. Some drones take pictures, while others are simply fun to fly around. You can get something fun and cheap, or splurge on a seriously powerful flying machine.

Some of these gadgets are practical, while some are downright superfluous and fun. Whether you’re trying to enhance your health, make your business life easier, or get better entertainment than you’ve ever experienced, one of these gadgets coming out in 2016 is likely to strike your fancy.