Bigger, better devices are emerging on the market every day, because users are demanding them. However, this fact might surprise people who still imagine that smaller is better. Find out why people crave sizeable devices and giant smartphones, below. 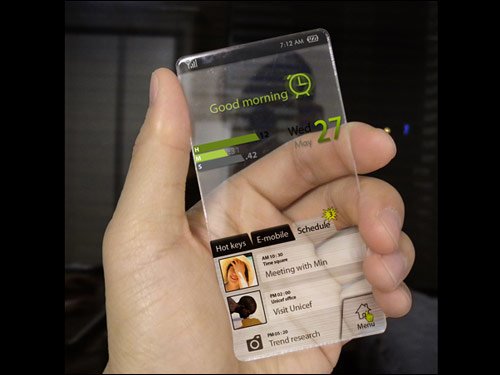 The days when people were satisfied with simple games like Pong are long gone. Today, everyone wants more, faster, better, and crisper imagery, too. From the speed of a device to its ability to receive signals inside of concrete buildings, people want their devices to function optimally at all times. No one wants to worry that their smartphone won’t get a call if a business meeting is held in a concrete building.

Back when people were excited to receive picture messages that were the size of postage stamps, everyone was happy with small phones. People were thrilled that laptops were getting smaller, because to them it represented technological advances. However, today, people have realized that smaller is just smaller. It isn’t chic, and it doesn’t make sense in this culture of wanting more.

Why would you strain your eyes to view a city-sized map on a little screen if you could easily view the map on a larger tablet? People enjoy being able to see their GPS directions in font sizes that exceed four-points. Larger images have the ability to express depths, wider spectrums of color, and 3D effects.

Smaller means slower. In a culture obsessed with speed and short on time, faster processors are necessary (and so is the pre-requisite space they take-up). Many modern processors pack twice the punch as their same-sized predecessors: however, that’s simply not enough for people who want to watch a movie, listen to a song, open PowerPoint presentations, and surf the Internet simultaneously.

While a 2.4 gigahertz CPU runs 2.4 billion calculations every second, the typical 32- and 64-bit PCI bus only runs an average of 127-508 million bytes per second. What does that mean? It means that even if one aspect of your device is large and fast, another one could slow down the entire operation. More information than you could ever want to read is available on the topic, but what it boils down to is this: bigger is faster.

In addition to needing space for a large processor, you also need room for extra data storage. We all know that when our PCs and Macs begin to slow down, it’s often because the excessive data is making the processor lag. By adding more storage capacity and making a device slightly bigger, you can ensure that it will run fast even after you’ve downloaded countless games, movies, and songs.

No One Likes to Buffer

Buffering makes people want to lash out irrationally, smash smartphones on handrails, and burst into epic bouts of tears: it’s not a healthy way to spend your afternoon. For those who want to avoid hysterical disappointment, larger devices are the way to go.

How does a giant tablet or a larger computer help you to avoid the dreaded buffer symbol? With faster processors and larger data storage capacity; computers, tablets and smartphones are able to deliver results at high speeds. That means that users can stream a Netflix movie, talk to their best friend on Skype, and have a Turntable.fm music channel muted simultaneously without losing any quality.

Just as people have moved away from heroin-chic models that were as thin and small as humanly possible, they have also left small device behind. Tiny smartphones have tiny screens. Little laptops have smaller processors. The reasons are many and diverse, but the fact remains the same: smaller devices are less desirable because they’re easier to drop in toilets or crush in backpacks. Larger smartphones have more screen space for GPS apps, and faster processors for complex games. Larger tablets have similar advantages.

Does anyone remember the hysterically small smartphone on Zoolander? It was about the size of a Tic Tac. That was approximately the time when everyone realized that smaller devices were silly, because larger ones worked better and provided more.

Imagine a day when you’ve been stuck in a line at the bank for 40 minutes, and your bill simply must be paid before you can leave. Suddenly, your tablet’s battery dies (because you chose the lighter, smaller option that weighed less). Your children are suddenly stuck at a bank without a single distraction, and even those cheap lollipops are 20 minutes down the line. If you have imagined how loudly your kid would cry, and how many people would stare you into the ground, then you have already realized that a bigger battery is better.

Larger batteries last longer. They might weigh a little more, but that weight should be thought of as necessary armor to keep you safe from zombie-like toddlers. A bigger battery is a security blanket: it means that you don’t have to be afraid that the lights will go out. While your toddler would cry in a line, you might cry on a plane if you get stuck paying $8.95 or more to view an old, stupid movie because your tablet has died.

Everyone has a different reason for dropping their tiny smartphones and choosing huge devices. Whether you’re super-sizing your computer, TV, smartphone or tablet, the reasons are probably the same: bigger is just better, even with high-tech devices.

Miles Young is author at LeraBlog. The author's views are entirely their own and may not reflect the views and opinions of LeraBlog staff.