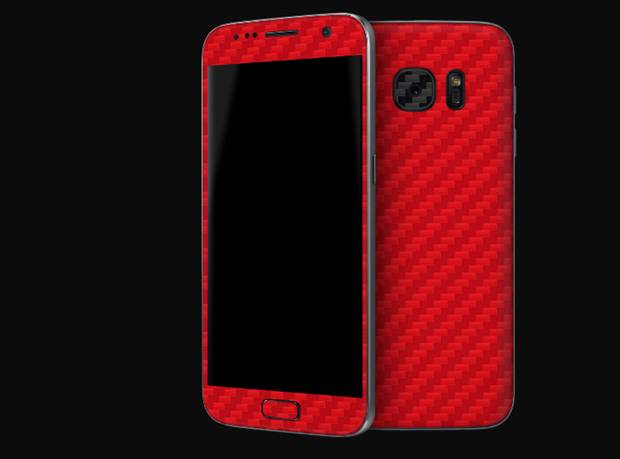 Whoever says the latest Galaxy S7 is just another phone hasn't tried this Android for themselves yet. If they had, they wouldn't be calling the "best phone of 2016" anything other than the title it deserves. The Qualcomm MSM8996 Snapdragon 820, Dual-core 2.15 GHz Kryo, and removable microSD card make the S7 a quick and efficient smartphone. Through the use of 3D Thermoforming, the S7's 3D glass curves to meet the dual-curve back metal unibody seamlessly, making it an incredibly comfortable phone to use. Since you've had a little bit of time with your S7, you know how great a phone it is, which is why you're now in the market for protection.

For most people, when they think cellular protection, their first thought goes to plastic cases. Unfortunately, that's just plain wrong. Cases don't just add protection; they add weight and bulk to a phone that's known for its streamlined design. As a result, cases cover up and interfere with the design touchstones that made the S7 such an amazing phone. The protection you choose shouldn't encase your phone in plastic and hope for the best. Your protection should work with the phone itself, mimicking its design vocabulary to create a lightweight, functional, and strong defence against the world.

That's where Galaxy S7 skins come in. As thin pieces of vinyl that wrap around your S7, skins are as light as they come. Adding less than half of a millimeter to the overall design of the phone, a skin doesn't interfere with your grip. Your S7 is still comfortable to hold while outfitted with a skin. In fact, it's easier to hold, as the skin combines its unique texture to the dual-curve back. Together, they make a phone your hand wants to keep a hold of.

Meanwhile, S7 skins won't interfere with any of the design specs that have made this Galaxy one of the top phones of the year. It works with the dual-curve back, the buttons, the touchscreen, and the incredibly thin bezels. All it does is keep your S7 from racking up scratches, scrapes, and scuffs as you use it.

Well, that's not all it does. When you take a look at the latest Samsung S7 skins from dbrand you can customize the look of your skin, so your Galaxy S7 skin acts as a cool fashion accessory in addition to a pretty solid form of protection. With textures like carbon fiber, metal, and wood, you can easily outfit your S7 in a sophisticated skin. Mix them with true colors like purple, blue, and yellow and you can create a truly unique combination.

However you end up mixing colors and textures, the fact of the matter remains - Galaxy S7 skins are a superior form of protection for your Android. Don't bother wasting your time looking at cases. Go online and check out skins that can offer a slim, fitted design that you can customize. That way your phone and all of its amazing specs will remain in mint condition.