At last year's Mobile World Congress in Barcelona, we were all greeted by Mozilla's CEO Gary Kovacs and his announcement that everyone's favorite open source browser; Firefox, was officially moving into the mobile sector with their brand new operating system Firefox OS.

For MWC this year, Kovacs and his team have come to show investors and the world the exact demographic of the mobile sector they hope to target in the coming decade, including emerging markets like Brazil, rural China, and India.

Some of the manufacturers already involved with Firefox on this new front include LG, Huawei, Alcatel, One Touch, and ZTE, all of which have found moderate sales success with their respective devices launched in Indonesia and Pakistan. One manufacturer, a relatively unknown Chinese mobile mill named Spreadtrum, stood out in particular this time around, claiming they would be releasing a $25 smartphone for Mozilla to distribute to OEMs spread out across developing nations around the globe.

They'll achieve the price point through a series of loopholes in their respective countries parts supply routes, as well as a heavy influx of upfront investments from Mozilla themselves to cover the initial cost of manufacturing, distribution, and production.

The devices this campaign pumps out won't be running the latest 3D arcade experiences anytime soon, however simple, 2D adventures that rely on microtransactions and 99-cent sales are still proving themselves to be massive cash cows for the companies who learn how to create a profile of programs capable of properly maintaining the balance between fun and functional.

“What we are all about is bringing more people online, [and the] efficiency of Spreadtrum will help us create a flood of $25 smartphones.”

Many analysts rightfully suspect this new push toward cheaper devices is merely a move to charge premium prices on the real juicy bits of the mobile marketplace in third-and-second-world nations: apps and games. 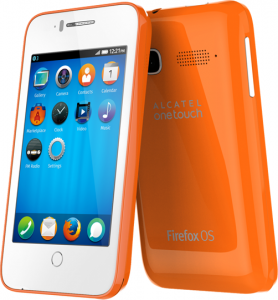 It's not exactly an untested theory, either. Just last quarter Apple took to the airwaves to announce record App Store profits, topping just over $10 billion by the time 2013 came to a close. Google took this idea one step further by offering a massive subsidy on their most popular devices in the Nexus line, in an almost military-precision effort to get the phone in as many hands as they could first, and then reap the rewards later once everyone started buying applications by the from their Play store.

Phones aren't everything Mozilla is bringing to the table this year either. The company used the stage at MWC to excitedly debut mockups and concept art of new tablets that will "almost probably but could be definitely" launched on the Firefox OS platform. Aimed at the same budget conscious consumers who are poised to take over close to half of the total personal electronics market come the end of 2014, the Flame will feature a 1.2ghz dual core processor, a 4.5 inch 854×480 screen, and a RAM configuration ranging anywhere between 256MB up to 1GB.

While owners of the latest Nexus 7 (myself included) might look at those stats and worry about the slowdown, Firefox OS runs much lighter and cleaner than most current Android builds, making it perfect for lower power, lower resolution devices specifically designed for someone living in less than ideal conditions. The people who just want a way to get connected to something the first world starting taking advantage of long before kids in places like these even knew what a tablet was, let alone the opportunity to have one connected in their home or local town. 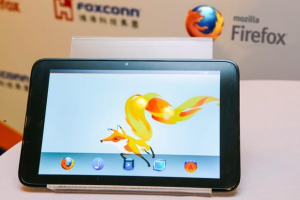 And of course, the picture wouldn't be complete without the network providers who make the whole "connected" thing possible. In the US, telecoms like Boost Mobile, Ting (our mobile review here), and Virgin Mobile are offering cheaper, customizable plans that can cater costs to your individual needs without sacrificing the same level of service you'd expect from the big four.

Overall it's clear that Mozilla's push into the lower end of the smartphone and tablet market will be a profitable one, but there are still a variety of factors that need to fall into place if the company wants to make that one-off success last for the long run.