The simple answer is: Yes. With the advanced technology, one can spy on iPhone though it’s turned off. National Security Agency has come up with advanced technology to spy on your phone. Many people did not give much thought to this kind of spying on a common citizen. But, yes now it is the time to be careful and aware.
Be aware that NSA can now listen to your personal conversations and can use the camera though you power off the phone. Thanks to the advancements in the technology which makes crazy things happen in the world. Most likely the government is able to do this because of the invisible apps that can spy the cell phones. These apps are not new these days, they have been used by hackers and other corporations. And now it’s the time for using these apps regularly to spy the mobile.
Spying apps can give a complete access and hold for its user can access the phone camera and microphone too. Messages, surfing history, and pictures, what not everything would be an open secret if it under their hold. Literally, your phone will be a bug which can tell its user what is going on around. Everything can be seen and heard let it be a secret conversation or private things it is recorded so be very careful with it. 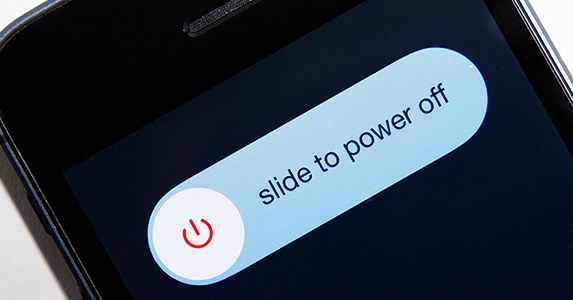 How does it work?

The app works on the iPhone by making the phone pretending to be off. It can turn off the screen and starts ignoring the incoming calls and it stops responding to the button pressing though the spying goes on. In this whole thing, the worst part is even you try turning off the mobile, it would be really working for its spy.

What has to be done?

If you want to avoid this kind of monitoring software for iPhone and you would want to have a sensitive conversation without caring about the spy you can just remove the battery. But it is not possible with iPhone, where you cannot remove the battery because it is not removable.
For turning off your iPhone you can make use of the device firmware upgrade and this is generally done by the developers. Those developers who use this to install the updates and unlock the SIM card. You really don’t have to do all these and you can just get on into DFU mode and for this, you will need a USB cord, iPhone, and a mac book preferably that has iTunes installed in it.
Connect the iPhone to the computer using this USB cord and open iTunes. When iTunes is running take the phone and hold the power button for two to three seconds. Now press the home button and hold both buttons and do that for ten seconds. The screen will be blank and continue doing this and after ten seconds, leave the power button and continue pressing the home button.
Home button should be held for fifteen seconds until a pop-up message comes in iTunes saying you are successfully in DFU mode now. Press the home button and power button once you are ready for DFU mode until Apple logo appears on the screen. Now, let phone start and work normally.
The whole process can be confusing and tedious but, it is better to keep the spy away from putting their app in your phone in first place. Tricky, but a great idea that works.

The process is easier to be done on Android ones because apps are downloaded through a third party and the review policies are comparatively relaxed. iPhone apps can be downloaded only from the Apple App Store and the spy has to get through the Apple reviewers and that is going to be the toughest part on their end.
One more concern is that NSA can undercover the bugs in OS and other common programs. This lets the data get collection without the user’s concern. This has been very advanced in spying and impossible for one to stop this.
The spy can even use the technology in map routers and shipments where they can put the software in the routers and sends it with them. This way it can spy any network. These spying apps can be a threat for using phones normally and it would be a nightmare if it is installed in all the phone. In case you are worried about these apps you can opt for Black phones. These are Android phones that are built keeping security and privacy in mind. It would be cheaper compared to iPhones and the best part would be that it can keep away the spying apps away from your life. These would cost around six hundred dollars and is light on the wallet too.