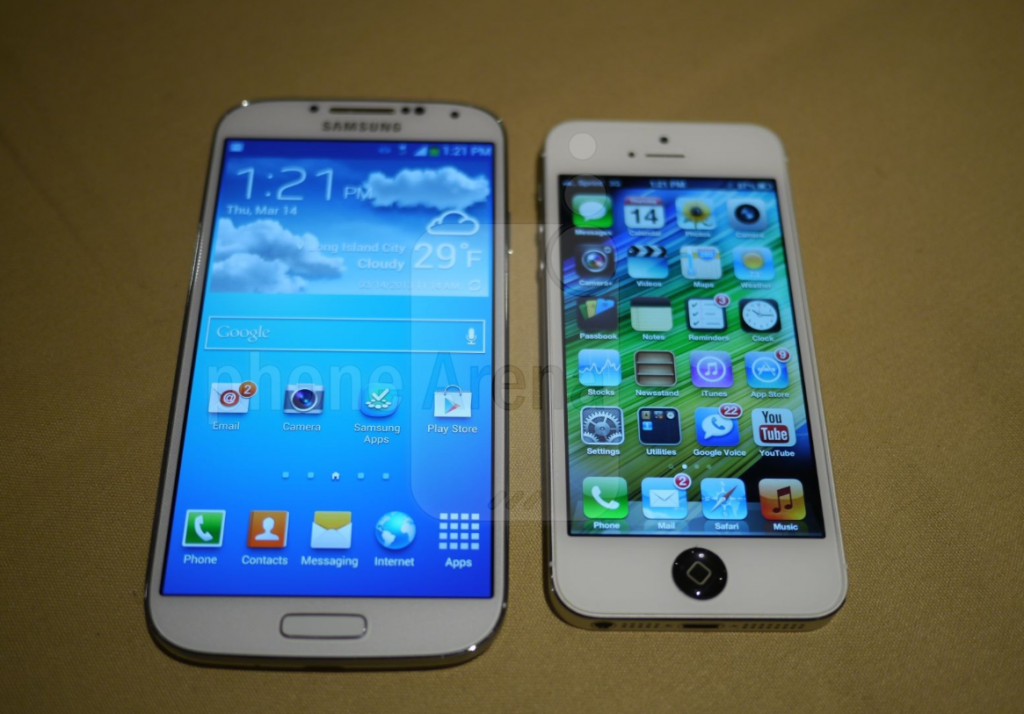 Looking to replace that old flip phone and get on the smartphone train? I don't blame you. With connectivity becoming more of a necessity than a luxury today, the smartphone is becoming the Swiss Army knife of the modern age. Honestly, if you were to tell me when I was but a child of 15 that in 15 more years I would be able to check the weather, sports scores, stock market, and email; watch TV, listen to music (both stored and via radio), and waste time on the internet; as well as text and make phone calls all on one device that's roughly the size of a deck of playing cards, I would have laughed at your exaggeration. But, here we are today and I have one of those very devices in my pocket. I couldn't function daily without it. However, in this very competitive electronics market there are always newer and better devices to be had. Frankly, it can be quite overwhelming. Do not fret dear reader. Today we'll look at two of the more prominent names on the market and pit them against each other in mortal combat, assessing the vital specs of both and attempting to determine which one will be your new pocket companion.

Touch Gloves and Let’s Have a Clean Fight

The iPhone 5 and the Samsung Galaxy 4s are both exceptional examples of what smartphones should be, but the details are what we're after here. The Samsung Galaxy S4 boasts a huge 5" Gorilla Glass screen, a super-fast 1.6-1.9 GHz multi-core processor, 2 GB of RAM, and front and rear facing HD 1080p cameras (13mp and 2mp respectively). Now, the iPhone 5 only has a 4" screen, but it's also their patented Retina display. For processing power, the iPhone is equipped with a 1.2 GHz dual core processor and 1 GB of memory. The iPhone also comes equipped with front and rear facing cameras. Both are HD capable but can only do 1080p on the front camera. The rear facing camera is only capable of 720p (8mp and 1.2mp respectively).

Both phones come in 16, 32, and 64 GB flavors. Unlike the iPhone, the Galaxy S4 has a micro SD slot capable of increasing the storage by up to 64 GB. The Galaxy S4 uses the same charging cable as the previous model. So, if you're stepping up from that phone, you'll have an extra charger. Apple revamped their charging ports for a smaller version this time around. If you have any previous Apple product, you won't be able to use those cables. This also includes charging docks. In order to use the iPhone 5 with earlier cables/docks you'll have to purchase an additional adapter (about $30). Since we're talking about proprietary equipment, let's talk about batteries. In order to replace the battery in an iPhone (off warranty), you'll have to go to an Apple store or send your phone to Apple. The cost is about $79. The Galaxy S4, on the other hand, has a removable back and a replacement battery can be obtained through your carrier for around $25.

And the Winner is…

Looking at all the information, the Samsung Galaxy S4 is clearly the front runner: bigger screen, faster processing capabilities, better cameras, more storage space, and ease of upkeep. Apple has something more powerful than data, though: brand loyalty. Despite these details, there will still be some who will go with the iPhone 5 simply because it is an Apple product. Biases aside, as an iPhone user myself, I see that the Galaxy S4 seems to be a superior product. Let me encourage you, dear reader, as I have done myself: go to your phone service provider's store and look at the phones in person before making a decision. Because, in the end, if you're not pleased with how it handles, you won't enjoy the product. Happy phone hunting!

This article was provided by Brian S. from Orlando, FL. Brian shops for all his iPhone 5 accessories at i-Adapters.com. According to him, i-Adapters sells the highest quality, affordable third-party cables, lightning adapters and accessories for all new Apple products with the Lightning Connector.