Over 2.1 Billion people worldwide own a Smartphone and according to the TouchPoints report, adults aged 25 plus use their phone about 264 times a day, for reading texts and calling.

Today, we have mobile apps for all kinds of products, from automobile to finance, and from food to health care, and e-commerce. The Statista report published in late 2017 says that the top grossing mobile gaming app publishers in the Google Play Store worldwide in February were Netmarble games, Supercell and Bandai Namco entertainment with over 40 million U.S. dollars in app revenues each. Social media app publishers like LINE, Tinder and Kakao Corporation follow in close quarters.

Mobile app developers across the world are probing deep into user behaviour to find out what they look for in an app. It goes without saying that an android user’s preference differ largely from an iOS user. The 2017 U.S. Mobile Apps Report revealed that over 51% of smartphone users did not download  a single mobile app (read simple mobile application) a month. Surprisingly true. About the same time, in January of 2018, Apple announced that iOS developers made $26.5 billion in 2017 – a sales increase of 30% from 2016. Sounds intriguing, right? Well, it is. 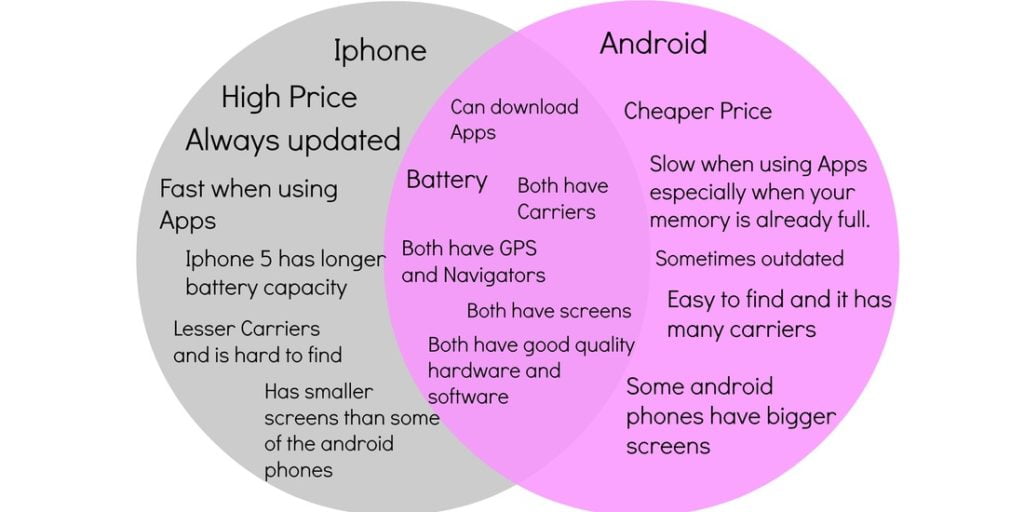 Let us find out how user behavior in Android and iOS apps plays a decisive role in mobile app development.

Apple is known for having a strict set of rules and regulations for app submissions to the App Store, Android developers, on the other hand, enjoy more liberty, when it comes to app development and submitting them to the Play Store. Thus, an iOS app may take much longer to develop and qualify the verification process.

On the contrary, Android users admire the customizability and freedom of their devices, which enables them to customize the apps as per their needs and desires.

Mobile app marketers are mostly worried over in-app spending or purchases. This is especially true for iOS applications. According to a recent report published by Sensor Tower, app analytics firm, Apple’s App Store generated $46.6 billion, while the Google Play Store made only half of Apple’s profit at $24.8 billion USD, which means a stark difference of 88% by the end of 2018.

According to a recent survey conducted by Slickdeals, iOS users spend on average spend 4 hours and 54 minutes per day on their phone, in comparison to Android users who spend near about 3 hours and 42 minutes per day. However, it must be taken into account that most iOS users have experience a faster app loading when it comes to notifications.

This is reason enough to explain why apps in iOS devices have longer shelf life and have more loyal customers.

Android users tend to prefer utility, performance, productivity, and anti-virus apps, all of which are very basic and at times, plain vanilla. However, it has been seen that Android users are five times more likely to spend money than iOS users on apps in the aforementioned categories.

When it comes to app performance, registration, reservation, purchase, in-app purchase, and subscription may vary between iOS and Android. But in matters of user engagement metrics, iOS beats Android, hands down, in all categories, except for registration, in which Android only has some advantage.

Therefore, the obvious question is: which platform should you choose?

In fact, it is difficult to choose between Android and iOS. In my opinion, you should go with both, as it gives you an opportunity to directly tap 99% of the market in one go. You can of course, go for cross platform development as well. However, the above factors must be taken into consideration, while developing mobile apps.

Shaswata Ghosh is author at LeraBlog. The author's views are entirely their own and may not reflect the views and opinions of LeraBlog staff.