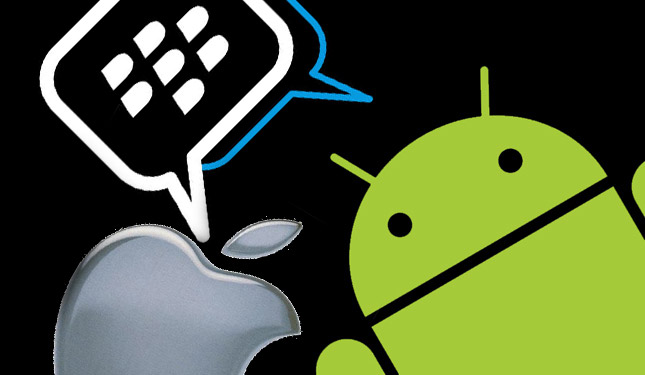 The BBM App: What it Means for Blackberry & Smartphone Users

It's no secret that the BlackBerry brand has been struggling to keep up with other smartphones, especially in the US, but their latest announcement has surprised the tech industry.

BBM, the messaging network for BlackBerry devices, allows users to send messages between one another. This praised feature is useful both for casual and business users, and may be one of the biggest factors keeping BBM users on board. The brand claims an active BBM user base of about 60 million people worldwide. Those whose social contacts are largely in the Blackberry network may fear being "out of the loop" and avoid switching to an Android or iPhone, which thus far do not have the ability to communicate within the BBM network.

In May 2013, RIM announced that this would change with the introduction of a free BBM messaging app, essentially making the messaging service independent of Blackberry devices. The initial version of the BBM app will include messaging and group chat, while the video, screen sharing, and voice calling features are slated to come out later in the year. Devices with iOS 6 and Android 4.0 will be able to use BBM to communicate with anyone else who also has the app. The exact release date is not set, but is believed to be between sometime in summer 2013, possibly as early as late-June.

Why would RIM open up BBM messaging?

Some see the exclusive BBM network as the last bastion keeping customers from abandoning the Blackberry brand. In this perspective, the opening of the network may take down the final barrier of users switching to an Apple or Android device, since they would no longer have to worry about missing out on BBM social connections. BlackBerry's CEO says they do not believe this move will give customers incentive to leave.

Others see this as a last-ditch effort by RIM to retain customers, by allowing Blackberry users to communicate with contacts who have other devices, creating less incentive to switch. This is likely BlackBerry's opinion-that it is better to open up and retain the customers that have remained loyal rather than losing relevancy altogether. BlackBerry is also working to get the BBM app preinstalled on some phones, and hopes that the BBM app will attract more people to their mobile devices in the long run. Essentially, RIM hopes that BBM will help advertise their brand.

Will the BBM App Be a Hit or a Miss?

BBM does have some features that may make the app popular with other smartphone users. For one, many feel BBM is a more reliable service, whereas iMessage can be touchy in areas with data connections below 3G. For those that communicate with people overseas or travel often, the BBM app offers a certain advantage as Apple's iMessage and FaceTime are blocked in some regions of the Middle East and Asia. The current app allows for integrated video chat and screen sharing around the world, which could prove very popular. BBM groups also allow up to 30 people to share constant contact, calendars, photos and more (versus a single group chat session). Customization of the interface with avatars and statuses may also prove popular.

However, many other niche services have already been working to fill the messaging void so adoption of BBM could lag well below RIM's expectations. For example, What's App is one option which allows users of iPhones, Androids and BlackBerries to text, send images and videos, and participate in group chats. The service has a 200 million strong user base which dwarfs the current BBM usership. However, once BlackBerry roles out the video calling and screen-sharing features, they will have an advantage over many free messaging services. The success of BBM will ultimately depend on what leverage their app offers over established services and the ability of current BBM users to convert their contacts to the network.

As a former BlackBerry user, I would have to say the BBM was one of my favorite functions and one of the reasons that kept me from switching to an iPhone for quite awhile. The security and interface of the BBM app versus other free chat apps was unmatched, and being able to connect with family overseas, business contacts and social contacts in BBM groups was very useful. Personally, I am excited to see the rollout of the BBM app and think that the introduction will be a net positive for the brand.

Moe Kittaneh is the co-founder and CFO of One Mall Group in addition to being a gadget junkie and serial entrepreneur. He enjoys writing about all things business and tech related. Get in touch with Moe Kittaneh via Twitter.

MoeKittaneh is author at LeraBlog. The author's views are entirely their own and may not reflect the views and opinions of LeraBlog staff.