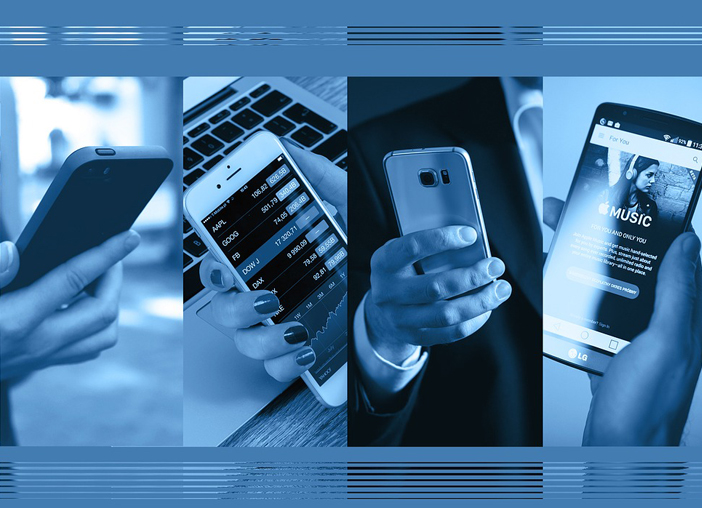 In this fast-paced world of technology, it is not surprising to see a new smartphone being launched almost every day. Some of the smartphones are pre-announced before their launch, while others are a complete surprise to us. It seems like almost every popular technology is currently present on our smartphones and it feels like is there anything left to see in a smartphone? If you often get curious about what enhancements will be offered to the future smartphones. This one is for you. Here, we have covered the things we should look forward to smartphones in 2018.

As of now, we don’t know exactly which company will bring which innovation in their smartphones, but here we have mentioned an idea of the technologies which are promising and have potential to get offered in future smartphones.

Most of the smartphones available today are coming with Snapdragon 835 processor embedded in them. The successor of this, the Snapdragon 845 will be a more powerful and feature-rich chipset than the existing one. Moreover, the new chipset will have Adreno 630 GPU, Qualcomm Quick Charge 4 and 4+ technology. Apart from Samsung, Apple and Huawei who use their own SoC for their phones, all major flagship smartphones will come with Snapdragon 845 SoC in 2018.

Android Oreo will be available for majority devices

The latest Android version available for smartphones is Android 8.0 Oreo which is available only on a very small number of devices since its rollout. Until mid-2018, several smartphone vendors are expected to be offering the Oreo OTA updates. Lately, many smartphones regardless of the price are coming with Android Oreo out-of-the-box. In 2018, we can expect the next version of Android, the Android P, which will be announced at Google’s I/O Conference.

Face Recognition will be a standard feature

Apple introduced its proprietary Face ID feature on the iPhone X. This is essentially a face recognition/unlocking feature. With time, this feature became one of the most popular features in smartphones as every other smartphone manufacturer copied this feature in their own way. On iPhone X, the company has offered 3D dot projector and an infrared sensor. However, the face recognition feature on Android phones is functional even on basic camera setup.

Do you remember the fancy flip phones which were once used to be a status symbol? The clamshell-like phones are certainly a thing of the past, but this form factor could come back soon in 2018. No, we are not talking about Samsung’s high-end Folder 2 smartphone. What we are considering to be a trend in 2018 is the emergence of foldable displays in smartphones.

Samsung has been long rumoured to be working on its Galaxy X foldable smartphone. The company is believed to be developing foldable OLED panels for such devices. If such OLED panels get introduced in commercial smartphone models, it will instantly become a mainstream feature in smartphones.

The fingerprint sensor is one of the most basic features we expect in smartphones these days. Apart from being an authentication gateway, fingerprint scanners are used for adding a security layer to online transactions and purchases. In 2018, we expect that in-glass fingerprint sensors will dominate the smartphone market as Apple, Samsung and Xiaomi have already found success in this technology. While this wasn’t enough, Vivo has already launched its X20 Plus UD smartphone which is claimed to be the world’s first phone to feature the fingerprint sensor underneath its display.

18:9 aspect ratio will be a mainstream regardless of the price

eSIM cards will be the next big thing

Cellular SIM cards are a great example of technology in itself. They are tiny yet powerful enough to keep you connected with the world 24×7. The next innovation you could imagine in our smartphones is the use of eSIM cards. These SIM cards are equipped with the device and are non-removable in nature. You can hook them up to any mobile service provider of your choice.

We have already seen this technology in Smartwatches and smartphones. Google has offered in the Pixel 2 model with eSIM in the US market. In 2018, the other smartphone makers could consider the eSIM feature for their upcoming product line-up.

These were the seven things which we thought would be there in smartphones in 2018. Let us know what you expect in smartphones of the future via the comments section below.

Ruturaj is author at LeraBlog. The author's views are entirely their own and may not reflect the views and opinions of LeraBlog staff.