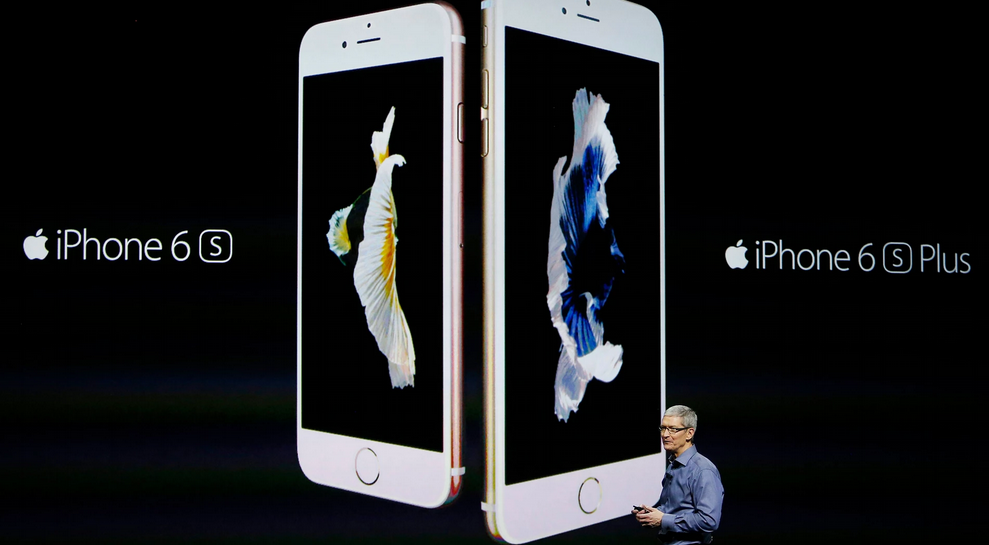 As you are probably aware by now, the iPhone 6s is out. And the "S" is for, "Get down to your local mobile phone retailer and buy one right now!" Okay, there's not an "s" in that whole sentence. But whatever the "S" stands for these days, it ultimately means "worthy upgrade" (also lacking an "S"). Oh wellâ€¦

Here are six reasons why you should run out and pick one up today:

1. A More Durable Phone from Back to Front

The iPhone 6s is made of 7000 series aluminum. That is the same material they are using on the Apple Watch Sport. Some are claiming the material is slightly textured, giving it an extra grip that can keep the phone from slipping out of the hand as easily as the previous iPhone. It also seems to be less prone to random scratches.

The cover glass is now stronger than ever before. Apple claims it is made from a new process making it less likely to scratch and shatter. Because of the improvements to the chassis, you may only need an iPhone 6s screen protector to keep your phone safe from ordinary wear and tear, especially if it is one of those tempered glass shields that makes your screen almost impervious to damage.

Remember how the pictures moved like short video clips in the Harry Potter series? This is what the Live Photos feature is like in the iPhone 6s. What people fail to realize is that regardless of brand, the camera sensor is live whenever the Camera app is opened. It is why you can see a preview of the photo before you take it. The iPhone 6s saves 1.5 seconds on both sides of the shutter release. When the screen is pressed, the picture becomes a low-res, three second video.

Some call it a right-click for smartphones. 3D Touch can certainly be that. But it is also much more. The screen on the iPhone 6s senses pressure and force. Press a 3D Touch-enabled icon and it will pop up shortcut options into the app.

Press a link, and get a preview of what is at the other end of the link, whether it be a webpage, photo, video, map, or anything else that can be put in a link. If you have seen enough, you can just let go, and be right where you left off. If you want to stay with the link, just press even harder to pop right into it. This is the same gesture that makes still photos come to life. It even works on the Lock screen.

The iPhone 6s has a 12MP camera instead of the 8Mp of previous models. That difference is not as big as you might imagine. However, it was a big enough difference so that in a blind camera test, even Android users chose the iPhone 6s camera to be the best among smartphones. It's hard to argue with results like that.

Selfies from the iPhone 6s are head and shoulders above those from any iPhone before it. If you take a lot of selfies, this may be reason enough to make the switch. There is a special chip that allows the screen to be flashed at three-times the normal brightness so that it can work as a front-facing flash. It also does the fancy color matching of the rear TrueTone flash. When this is coupled with the higher megapixel shooter, it makes selfies spectacular in low-light situations.

The iPhone 6s has 2GB of RAM. That is twice as much as the previous iPhone. That means, among other things, that more webpages can be held in memory, requiring fewer reloads. The same is true for apps held in memory.

Even if you have an iPhone 6, the 6s is a worthy upgrade. It has so many new features, it really feels like something completely different.