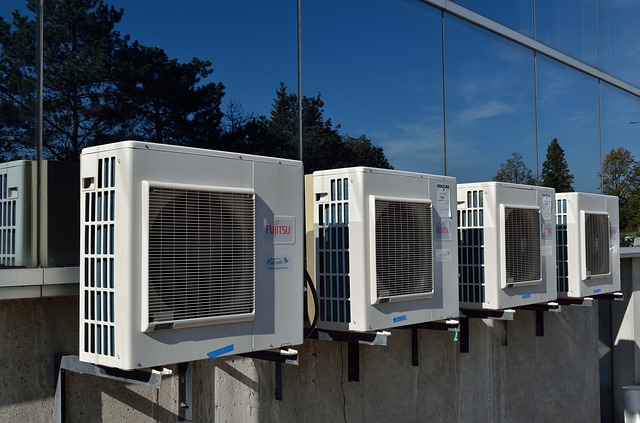 It’s probably safe to assume that if you are reading this, the answer is probably yes. While fuses aren’t that expensive, having to constantly replace them is certainly irritating. You’ve already noticed that they seem to blow when the A/C switches on, but what do you do about it?

In older homes that don’t use circuit breakers, fuses are electrical devices designed to cut the flow of electricity throughout your home if there is too much current, and they do this to prevent damage to our wiring and electrical devices, as well as to prevent the risk of an electrical fire. A fuse will “blow” or, more accurately, melt when the current exceeds the rating of the fuse, stopping the flow of current. Simply put, the A/C unit is requiring too much current to operate.

There are a few reasons this could be happening:

I get to talk about filters in nearly everything HVAC-related because there’s actually a lot that starts to go wrong in an air conditioner when air can’t move. In this case, a clog is causing the system to try to work harder to overcome the obstruction, drawing more and more power until a fuse blows. This is one more reason to check, clean, and replace your air filters regularly. Outside units will generally need to be serviced by an HVAC technician — it’s unlikely you’ll have the equipment and expertise to do this safely.

Your unit’s compressor might be old or grounded. The compressor is a device within the unit that pumps refrigerant to the evaporator, generally earning it the nickname of the “heart” of an A/C system. When the compressor ages, it requires more energy to start up. If this is the case, a technician may be able to add a capacitor to store the energy needed for the system to start, but in the long run, this points to a dying compressor.

If the compressor is grounded, the system will short, causing a surge of current, a blown fuse, and a failed start. This one is, unfortunately, straightforward — if this is happening, you’ll need a replacement.

There may also be an issue with the capacitor for your condenser. The condenser the part of the system that condenses gas to liquid, resulting in the cool air we enjoy (and, on the other side of the exchange, heat to the evaporator coils.) This capacitor, in this case, is used to regulate the current within the condenser. If this fails, the system will try to draw more current. If that’s the case, the capacitor just needs to be replaced, which isn’t too expensive a fix.

The last potential point of failure is actually your fusebox. You tend not to see fuse boxes too much these days because they’ve been largely replaced by circuit breakers. But while being able to reset a breaker rather than replace a fuse is a great selling point, the key difference I would point to is that circuit breakers are designed to be compatible with modern power needs and electronic devices, where an old fuse box might not be.

For this reason, it’s also a good idea to have your fuse box inspected. It’s not that every fuse box needs to be replaced, but many fuse boxes in older homes simply aren’t up to the demands of a modern home, and if that’s the case, what you’re seeing is your home’s electrical system struggling with the appliances it needs to power.

There is one easy thing that can help if the root issue is your home’s electrical system. Fuse boxes tend to have fewer circuits, and that tends to result in too many appliances on a single circuit. If that sounds like your fuse box, re-balancing the load could provide some relief.

That said, there are two things that you should never do to try to work around this issue:

Don’t replace a blown fuse with a bigger fuse. Throwing a 20-amp fuse in place of a 15-amp fuse might seem to help, but you’re getting fewer blown fuses because you’ve raised the amperage cutoff on the safety feature that is the fuse on that circuit. The wires that run to that circuit are still only expecting 15 amps, and anything over that is an inherent fire risk.

Never replace a blown fuse with “something metal and conductive.” In this case, you’re removing the amperage cut off entirely — completely eliminating a safety feature designed to protect you, as well as your home and appliances.