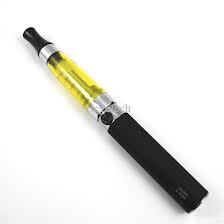 Electronic cigarettes have been in the market for more than five years now. These are smart devices aimed at presenting a much healthier option to the smoking addicts. They are helpful in assisting smokers reduce smoking and in fact even quit the bad habit altogether. Designed to feel and look like real cigarettes, they do not really have any tobacco content.

E-cigarettes can have as much nicotine as the traditional cigarettes or probably even more. It all depends on the nicotine amount it gives out based on the content of the nicotine-liquid cartridge in it. Users can select cartridges with nicotine in a variety of strengths. However, the fact that there are few cartridges without nicotine in the liquid cannot be denied. This is meant for smokers who want just the sensory smoking experience without its side effects. So, it's simply a myth that all e-cigarettes do not contain nicotine, but you can certainly choose the ones that have zero nicotine!

Since these smoking devices are reusable ones, they need some sort of maintenance too. Depending upon the device make and model, the batteries should be replaced on a regular basis. The nicotine cartridges should also be re-supplied. Again, there are options to either refill the cartridge or replace it with a new one based on the model.

Not Regulated by FDA

The Food & Drug Administration (FDA) is in the process of getting these electronic devices tagged as drug-delivery products so as to regulate them. But, the e-cigarette makers claim that they are just like normal cigarettes and are meant for recreation. They say that these devices need not be subjected to regulations by FDA. In fact, two manufacturers have also been triumphant in suing FDA in the District of Columbia. The judge disclosed a ruling stating that there was no basis for the FDA to regard e-cigarettes as drug delivery device when all they claim to do is give users the same recreational effects as that of a regular cigarette.

They Produce Vapor Instead of Smoke

The electronic cigars may resemble the ordinary, conventional ones, but they do not need a matchbox/matchstick or lighter since they make use of charged batteries. Furthermore, the fact that they are absolutely smokeless is an added advantage for the people around the smokers. These smoking devices have a vaporizing chamber, battery, and a liquid nicotine cartridge. Smokers just puff them the same way that they puff real cigarettes, but there is no smoke produced, and the vapor is generated instead!

They Can Be Used in Public Places

The e-cigarette manufacturers market these devices as cigarettes that can be used anywhere since they do not present any health risks by emitting second hand smoke. In spite of this fact, there are several countries (including Canada, Mexico, Israel, and Australia) that have banned them since there is no basis for safety claim as these cigarettes are not tested adequately. In few other countries, it is legal to use e-cigarettes.

Electronic cigarettes are not marketed to children or young adults less than 18 years; however, since these are sold online also it is possible even for children to purchase them. Even though manufacturers don't aim at selling these products to kids, the cartridges are produced in a variety of flavors that also appeal to kids, including strawberry, chocolate, and caramel.

So, there you have 6 interesting facts about e-cigs and a few common myths busted!

parker shown is author at LeraBlog. The author's views are entirely their own and may not reflect the views and opinions of LeraBlog staff.