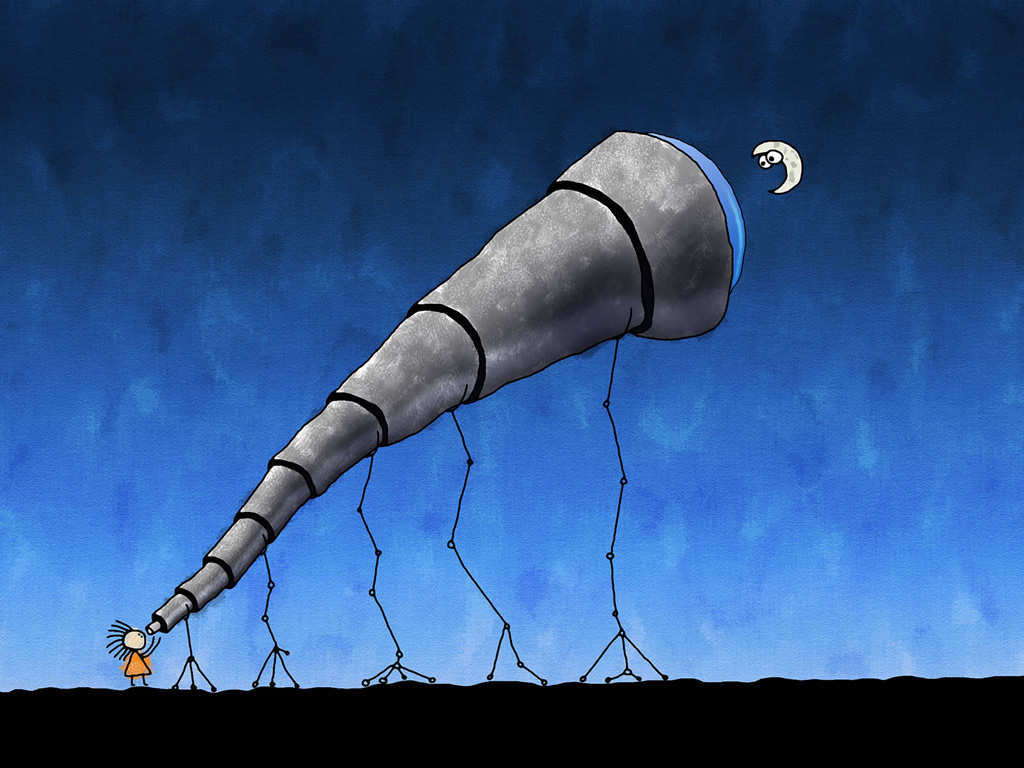 While admiring the heaven and stars, have you ever thought about the unknown universe that is hidden behind the Milky Way? If your answer is yes, then you must have come across the word "Telescope". A telescope is a physical device that is used to view the distant object larger and nearer by the use visible light collected through the several curved lens that are arranged within the device. Soon became one of the most essential instruments for every astronomer's out there looking at the sky to predict something that is going to occur. Now you might have another question in your mind, like who made this telescope, how was is invented, etc,. Well, here is the answer, go through this article completely where you will find various details about telescope, like how telescope were made, who made it and how many types are available now, etc.

Like we all know the first glass was discovered by Phoenicians during 3500 BC. After 5000 years say around 1570- 1619, a spectacle maker known as Hans Lippershey of Holland designed the lens which was latter known as Telescope. Yet Galileo Galilei famously known as "The father of Telescope" was the first scientist to observe the crater of moon. He further went to discover the sunspots and the four large moons of Jupiter in the solar system.

As this telescope was limited to certain degree of magnification of few images, reflective telescope was further invented by Isaac Newton during 1668 where he used mirror in the telescope instead of lenses. This telescope helped the scientist to discover several other new planets say like Neptune, Uranus, etc,.

Current century say from 1801 was known to be the Golden age of Astronomy where many astronomers discovered several objects in heaven say like Ceres, first Asteriod, etc,. In 1937, the first Radio Telescope was invented by Grote Reber which was the huge telescope that had a 200inch mirror which helped the astronomer's to view heaven more clearly and closely. In 1990 the Space Shuttle Discovery invented Hubble Telescope, which is still used by several astronomers to discover more than 200 planets that is orbiting around the universe.

1). X-ray Telescopes: An x-ray telescope was designed to view distance objects using x-ray spectrum. This telescope has to be mounted on a high altitude rockets or artificial satellite to observe images above the Earth's atmosphere. This telescope can be further classified into space telescope, ground telescope and flying telescope.

2). Ultraviolet Telescopes: This is generally known as electromagnetic radiation telescope that uses ultraviolet wavelengths to observe chemical composition densities and temperatures of hot young stars. As this absorbs the wavelength from Earth's atmosphere so it has to launched either in the ground atmosphere or on the space atmosphere.

3). Optical Telescopes: This optical telescope works on light gathered from the visible parts of electromagnetic spectrum which produces magnified images for making photographs. There are totally three types of optical telescopes say like refractors (uses lenses for viewing images), reflectors (uses mirrors to view images) and catadioptric telescopes (uses both lenses and mirrors to view images).

5). Submillimetre Telescopes: This telescope is used to examine molecular clouds and dark clouds to clarify the process of star formations from earlier stage to stellar stage.