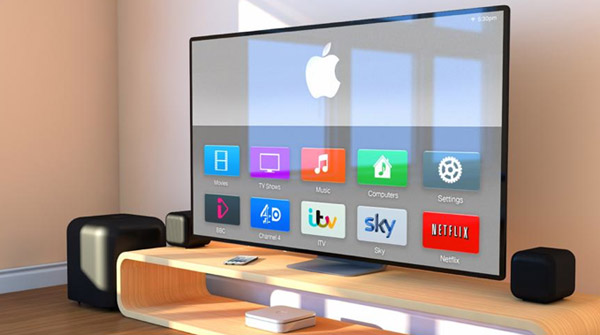 If you’re a tech fan and looking to own something new, the Apple iTV is probably of interest to you. There aren’t necessarily a ton of new gadgets available right now to put our hands on, but the Apple iTV seems like a definite enhancement compared to the already high-tech world that’s present in our homes. Compared to your friends, the Apple iTV could certainly be a way to set yourself as a superior household technology-wise.

The Apple TV has already sold around 25 million units according to Apple when they announced some digits last spring so if you’re not already part of the group, you will certainly not be the first. Apple iTV has been in development and available to the public for some time now, so it has become a more solid and polished product over time. However, things are about to kick into second gear for products like Apple TV, especially since video streaming is becoming well-implemented in the habits of everyday consumers. For people who don’t want to be on their computer all the time to watch content, the Apple iTV could certainly be an exciting product.

What’s to expect? Well, it’s safe to say that the Apple iTV will retain some of its strongest features, such as high resolution content from top online apps and attractive subscriptions to sport channels, but there looks to be more on the horizon for the Apple TV. Music can also be considered as part of the package with the Beats brand coming into play for Apple as well and if the living room is where you like to play your music, the Apple TV could be an easy way to do it. Use its remote like you would with your standard audio system, and maybe enjoy some more information on-screen while you listen or explore looking for your next track. A big part of what makes Apple TV attractive is that it delivers everything that’s part of the Apple universe to the living room, and that includes iTunes.

But then, the Apple TV should become not only a little device in the future but also be the entire set of your living room being from Apple. Depending on some decisions, the Apple iTV could be a large product, from 30 to 60 inches approximately. It would come in various sizes, and naturally include everything that Apple does best. That would include design obviously, and a lot of people will be interested in seeing what is Apple’s take on the television design wise. Top of the line design is a big part of what people should expect from the Apple iTV, and the end product should stand as a fashionable item for your living room. Even in its bigger form, the Apple iTV is likely to run some quality software just as much as the little box that we know and include some interesting navigation that doesn’t grow old day after day.

Some are placing a lot of hope in the Apple iTV concept, simply because the televisions we currently use seem to be out of date compared to the rest of our gadgets, aside from image quality of course. The Apple iTV would naturally be a HD television, and hopefully one that matches the superior experience we can on the iPad tablets image wise. Apple has always showed pride for the latest and most amazing screens they have on those mobile devices, and expecting less would be pretty much foolish. 4K and OLED are also two technologies mentioned and topics we should expect to discuss when an Apple iTV comes closer to release. The technology should depend on when Apple decide to hop on the market and produce a full-size TV, but for now 4K and OLED seem like pretty much necessary features to boast.

Then, in terms of price, naturally people shouldn’t expect to pay the same price as the little Apple TV box. The Apple iTV is likely to be a very high-end product, and the price, especially the initial one could be a little scary for some customers. Considering the sizes mentioned above that are being talked about, expect at least a thousand dollars, or perhaps several thousands. That would be at least as much as to get the Tvs with the latest technology from other manufacturers. Apple could always decide to make different versions though, and despite having always offered high-end products in the past, the company has always done some efforts in creating some more affordable picks for customers with a tighter budget. Time might become an issue however when it comes to different versions, and might mean being patient if you’re a potential customer hoping to go for the smaller and cheaper version of the future Apple iTV. TV prices fluctuate quite a lot as well, so it will be interesting to see how Apple adjusts.

Perhaps some specials with some subscriptions might become attractive options for customers. Contrarily to other customers, Apple could always bundle some software or content through their associated stores that will most likely come with the Tvs and android phone, so that’s to be expected as well. The Apple TV box is already very well equiped when it comes to interaction with your mobile devices and their content, and this new product should be no different. Apple will be most likely eager to show that owning an Apple TV is worth it, so they will want to put their other best gadgets to good use as well. Hopefully we can some more information and good news soon.