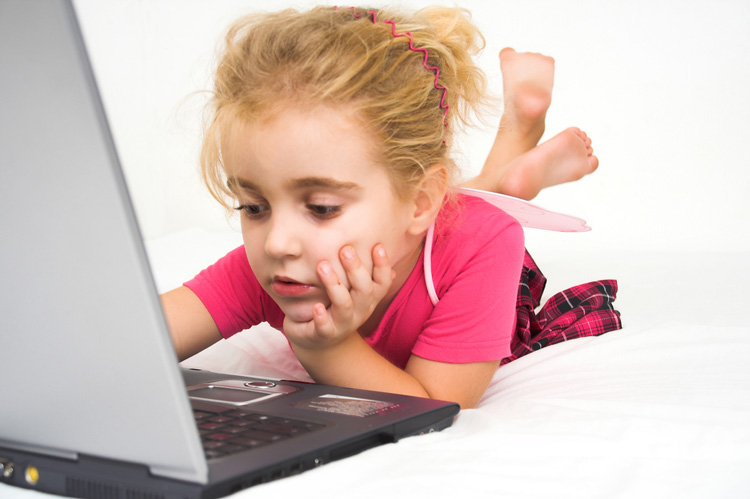 This generation of children, unlike any other in history, is exposed to technology from literally day one. Even before beginning school, today's children are able to easily use technology that still baffles their parents and grandparents. Technology is such a part of their lives that many children may feel as if they can't survive without certain key pieces. What many parents don't understand is that there are actually key pieces of technology that not only makes a child's life easier but are essential to a child's ability to do well in school and in social and future occupational aspects of their lives.

Children who lack the most basic technological tools are at a distinct disadvantage compared to their "plugged in" peers. With these tools, kids learn how to use technology to solve problems as well as master the skills needed to be comfortable learning new technology as it is released.

Tablet/iPad â€“ Tablet technology is everywhere; in schools, at home, at the library - everywhere kids are they are exposed to tablets. Some schools, from elementary to high school, are requiring students to have a tablet upon which they will do their course work and keep their textbooks. Many colleges offer students the option to download their textbooks and course materials to their tablet or computer. Tablets are easy to transport and offer many different options for use.

While the tablet may never fully replace the computer, it offers the user portability and flexibility in how and when it can be used. As tablet use becomes more and more common in school, parents will find themselves in the position of being required to purchase a tablet or iPad for their student. When a child is introduced to this tool and is allowed to explore the various uses of it, parents are arming them with the skills and background they will need to be successful in today's academic world. Students who lack this tool will be significantly hindered not only in capabilities of performance but also in the skills they possess to use this technology to its fullest degree.

Mp3 Player/iPod â€“ Mp3 players and iPods do more than just play music. They are very small, powerful storage devices that can hold music as well as a quantity of other types of data. With most players capable of holding from 4GB up to 32GB or more of data, most young people keep more than just music on their Mp3s.

By having and mastering this simple device, children are able to safe large amounts of data and retrieve it when away from home and their home computers. While most parents see an Mp3 or iPod as a means of entertaining a child when on a long trip, they must understand that for the amount of data that can be stored on it, an Mp3 player is a more of tool than just a simply entertainment device.

Smartphone (Android or iPhone) â€“ Most parents don't want to think about turning their child loose with a smartphone; however, the smartphone is a tool that has become essential at any age. Many parents use their smartphones as a source of entertainment with younger children. What they don't see is that by letting kids play with the smartphone, they are actually teaching them to problem solve and learn how to master technology through trial and error.

As a child grows, so does their ability to use smartphone technology and master numerous apps, both of which allows them not only to use the apps they know to their advantage, but also gives them the confidence to learn other apps and work with them until they have mastery. In addition to the technological benefits of kids having access to a smartphone, it can also teach them how to budget their resources and be responsible for their use of that technology.

Gaming system (Xbox, Wii, etc) â€“ Gaming systems have come a long way since playing Pong on the TV. Many parents are frustrated at the seemingly endless hours their children seem to spend playing video games; however, the skills they gain are varied and are hard to gain in other ways. Not only do children gain the ability to master technology, they also increase their hand-eye coordination, their spatial reasoning skills, and their persistence in mastering a game or program. While parents do need to limit the amount of time children spend gaming, they also need to know that it isn't a complete waste of time.

When playing on a team with other online players, they learn group cooperation and negotiation skills. They also learn how to work with different personalities and people of different backgrounds in order to achieve a common goal. While there are other ways to get these social skills and kids should be encouraged to participate in face-to-face interactions, the skills they get from gaming with others provide them the chance to hone their interpersonal skills in an environment where they aren't being judged on their age. As the gaming technology increases, parents will find the skills their children are getting from gaming will serve them will in their future both socially and academically.

Digital and Interactive TVs â€“ The technology that is built into digital flat screen televisions make any other television look like an analog dinosaur. With a good flat screen television, users also have the ability to also use it as a monitor for their computers, tablets, and gaming systems. While there doesn't seem to be much technology tied to a television, the things a child can do with a good monitor and another component makes it a needed item for the child techie. From ordering movies online and recording and budgeting time for their favorite shows, to sharing photos and video, to previewing a school presentation, a television that affords interactivity gives a child the ability to manage media across platforms.

Technology is pervasive in the lives of children today. With as fast as technology changes, they need to understand how to master new programs and devices quickly. Children need to learn at a young age how to manage and master the technology they have available so they aren't afraid of picking up a new device or program and learning it. While many parents don't think technology is important to the lives of children beyond the entertainment value, they need to understand how large of a part technology will play in their child's life in school and career.

Trace Northam is a professional blogger that shares information on the latest advances in technology. He writes for FocusLCD.com, a top provider of custom LCD displays, touch screen panel displays, graphic LCD displays and more.