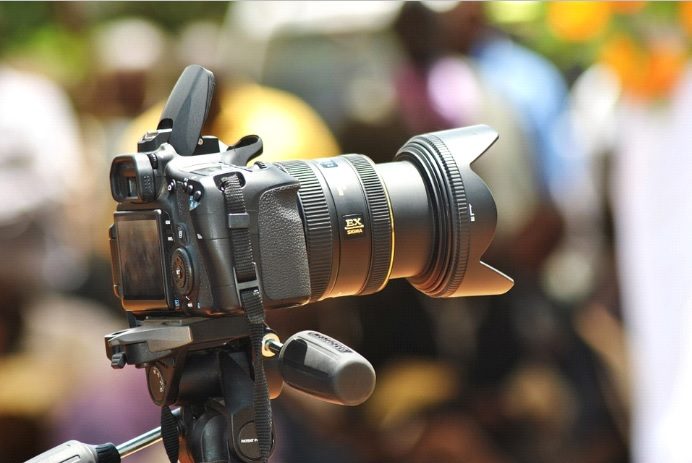 In a one-sentence Camera is a device which records or capture visual images in the form of photographs, film, motion photo signals or video signals.

The term Camera comes from a Latin words Camera Obscura mean “Dark Chamber”. The new generation camera is an improved form of old Obscura camera, function much like the human eye.

Cameras have been evolved and evolution by many photographic generations. From the plate type to the film type now the digital mirrorless camera has been made. The first half successful photograph of a camera was taken by the Nicéphore Niépce in 1816. After his death in 1833, his friend Louis Daguerre completed his half short research and created the first practical photographic process in 1837. Since then the camera has changed in a lot of ways and many kinds of cameras have come to us.

In order to know the film types camera, at first, we have to know what is the film. In 1884, George Eastman did research to replace the photographic plate and developed the Dry Gel on a paper or in a word that can be called film. It is the first film roll which is portable, low cost, and made for the masses. In the year 1901, he made the brownie camera for the use of this film.

The film type of camera exposed the photographic film in front of the light to take photos. The film is silver halide crystal coated transparent plastic substrate that is sensitive to light, the light reacts with the chemical and makes a same image of the scene.

The portable darkroom camera that was invented in 1923 was very big and heavy. The first commercial instant cameras were developed in 1948 to replace these cameras. These cameras are used a high-quality chemical film, which automatically changes into a photograph after the photo taken. Edwin Land was an American scientist who discovered this easy-to-use instant photo camera. Polaroid Corporation brought the first famous instant photo type camera to the market.

Point & shoot (Digital Camera) is also known as the compact camera, in the year 1975, the first digital camera was invented by the Steve Sasson who worked at Kodak. His made camera was not too small, compact, light weights, or user-friendly. Also, The lenses were fixed, Limited functionality, and small sensors. This will bring low-quality photos. But the evolution of the camera made the point & shoot more compact and handy. But nowadays the Point and shoot type cameras are by far the best selling types of camera. it has the ability to have optical zoom, with its photo quality and much better quality than ever before.

The Bridge / Prosumer camera is a camera between DSLR and Point & Shoot (P&S) camera. Which gives more functionality than the P&S but less choice of the lens. The Lens which is non-changeable gives a small and fixed sensor, which makes the quality of the photo worse.

Digital single lens reflex camera full form of DSLR camera. In 1991, the first commercial DSLR camera came on the market, which was Kodak DCS 100. It works identically to the manual SLR. It has advanced functionality, interchangeable lens option, and advance sensor gives it a higher quality image.

In the year 2000 first camera phone was introduced which is J-Phone. The feature of a Smartphone Camera is initially very limited than the DSLR. To make the camera smaller and compact at the Smartphone, the lens power and quality decreases, which affect the photos.

The Pentaprism Mirror-less camera also called Mirror-less Interchangeable-lens Camera (MILC) it is a digital camera that accepts different lenses. In the year 2004 Leica M  is the first MILC camera. The advantages are the more accurate representation of the final image, the body is thinner than a digital SLR because it does not use a mechanical mirror, less expensive, lighter & smaller.

The game camera with a name trail camera is a type remote camera that is a rugged and weatherproof camera which is specially designed for extended and unmanned use outdoors. This type of cameras is able to record images, either as a still photograph or a video. Having a great game camera can be an asset in many situations. Read some reviews.

Camera Evolution has created many new types of new generation of Camera. Such changes in a short time make us eager to focus on the types of cameras. From a photographic plate to a small photographic film from that mirror camera and now mirror laser cameras have really improved in the world of the camera.

Now we have a camera on the small Smartphone, starting with a game camera that makes our daily memory more beautiful.