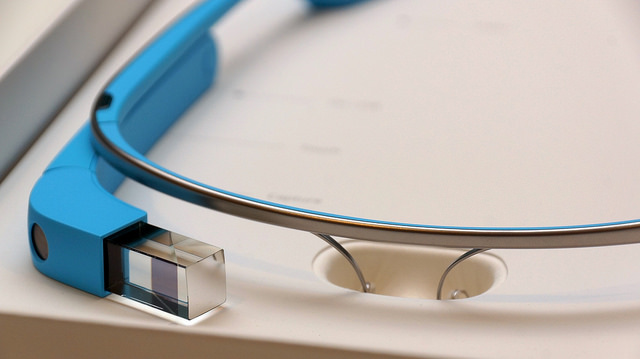 Technological advancements and human imagination have always had a deep connection which has been thoroughly expressed in sci fi novels, films and other media. Several writers from the 19th century such as H.G. Wells are credited for envisioning futuristic technology such as space flight and wireless communication that inspired inventors. Movies and programs such as Star Trek, Star Wars, 2001: A Space Odyssey and Hitchhiker's Guide to the Galaxy etc. not only showed what technology and lifestyle in the future might be like, but also proved to inspire several inventors and scientists to develop new gadgets and technologies. As we move through the early years of the 21st century, there are several, essentially futuristic technologies that we have access to. Let us take a look at some gadgets used today, which came right out of a science fiction novel.

The idea of printing a 3-dimensional object such as a chair or a cup was first seen in the genre-defining series Star Trek: The Next Generation. Known in the series as a Replicator, the machine creates inanimate objects and food items by rearranging molecules. Although that sort of technology is still too advanced for us, 3D Printers, which were introduced only a couple of years ago, are the closest we have ever got to the â€˜Replicator'. While it doesn't create objects out of thin air, it can create a variety of objects and certain foods to create tangible, 3-dimensional objects.

Star Trek fans might have already envisioned a futuristic pair of glasses that allowed the starship members to view outside their spaceships without stepping out. Known in the series as the Visual Display Device, these glasses are handy substitutes for a screen display. Inspired by the Visual Display Device and similar gadgets featured in science fiction and in several good sci-fi books to read, the Google Glass is a highly advanced ocular device that allows the wearer to use hands-free internet via voice commands. Although the users have only been able to use the experimental gadget, its use in various medical and military fields have made this into an indispensable invention.

The imagining of the Hover Board was done by movie director Robert Zemeckis in his 1989 movie â€˜Back to The Future Part II'. Although several other technologies such as flying cars and self-tying sneakers are still a dream for inventors, other gadgets such as video-chat system and flat screen televisions are commonly used technologies today. The Hovering skate board however, became one of the most elusive gadgets shown in the movie. While the director said that hoverboards actually exist back in the 80s, inventors have tried and failed to produce this extremely revolutionary technology. Several companies such as Lexus and Hendo have now developed these levitating boards that are powered by magnets and liquid nitrogen. Although these are still in the experimental phase, it is clear that it will be soon when we will be able to Ollie over water.

Despite of being a highly dominant species on this planet, we still know the several limitations of human body. While we possess one of the most advanced neural functions among all living creatures, we know that our bodies are fragile. The 2008 movie, Iron Man depicted the protagonist who uses a highly advanced robotic suit to fight crime and terrorism. Inspired by this concept and by several other sci fi movies that featured powered exoskeletons to enhance and overcome the physical limitations of human bodies, there are various real world implementations of powered exoskeletons. One famous example is the TALOS or the Tactical Assault Light Operator Suit, currently in development by the US military. The suit not only aims to enhance the physical abilities but also help prevent various injuries.

Ever since we saw robot maids and android assistants in the Hanna Barbara cartoon â€˜The Jetsons', inventors have been fascinated with the idea of automated cleaning devices. While a household robot like Rosie is still a far off dream, the automated vacuum cleaning devices known as Roomba, provide a gateway into the futuristic world of Hanna Barbara. Introduced for the first time in 2002, Roomba not only cleans your house automatically but also utilizes infrared sensors to identify obstacles and stair ways.

Cars with robotic or computerized driving have been long depicted since the early days in movies, comic books and animations. A famous example of such a car was also seen in the 1990 blockbuster Total Recall, where the protagonist rides in a robot driven taxi termed as â€˜Johnny Cab'. Today, several automobile manufacturers such as Toyota and Volkswagen are testing out their prototypes for Driverless cars. The most popular example was the Google SDC (Self Driving Car), which utilized infrared sensors and the immensely popular Google maps to allow driverless transport. Although the cars are in a testing phase, the day isn't that far when these automated transportation vehicles will be prevalent across the globe.

Although these started out as mere figments of imagination, hard work and the desire to push the boundaries of science and physics have certainly paved a way to future depicted in science fiction.