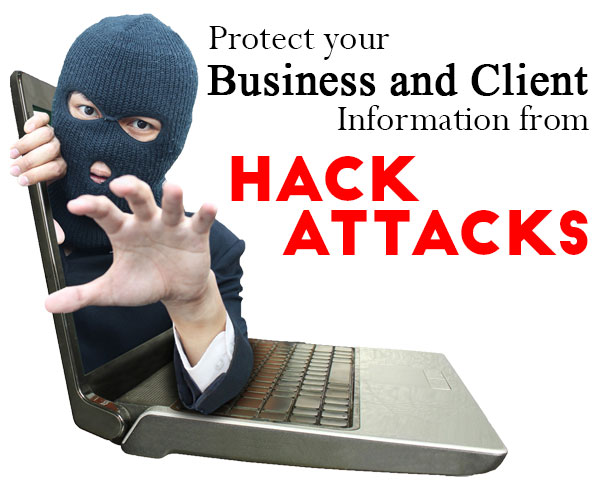 Cyber terrorism is something relatively new as compared with other forms of terrorism. It erupted and gain its place in the society along with the advancement of technology. Although terrorism is defined as "the use of violence and intimidation in pursuit of political aims", cyberterrorism aims more to "cause severe disruption and widespread fear in society." They focus on the issues of the society but execute their agendas in a non-violent way. The goals and motivations may be varied, but the result is the same: in simple terms, to temporarily or permanently disable a website or make it inoperable to undertake anomalous activities or exploit data and information. The catch all phrase for the means and methods used in cyber terrorism , as used by the general public, is "hacking".

Nowadays, a hacker is no longer a "talentless ink pusher" as the term has been quaintly used in much older times. A hacker , or more appropriately a cyberterrorist, is now an unseen menace that can be very hard to track but can do extremely damaging things to a website. They work tirelessly to penetrate and bend the codes and system to gain access, steal data, and impede any authorized access until they obtain what they need and want. Slowing down or completely stopping traffic or worse, stealing valuable client information, are among the few things a dedicated cyberterrorist. Not a week goes by that there isn't news about a cyberattack on a prominent website which actually comes to no surprise that hackers target giant enterprises because they know that they can get a much more valuable data as compared to infiltrating small businesses. Such cyberattacks has become so common that it isn't even news anymore.

No weapons or explosives are needed, as all it takes is a computer with an internet connection and impeccable hacking skills, and any one from anywhere in the world can attack a target website. Of course, some cyberterrorist use tools ranging from simple to sophisticated programs for hacking, but these can easily be downloaded copied by less talented but more ambitious individuals for their nefarious activities. But contrary to popular belief, hackers usually don’t operate independently. They have some of the world’s most powerful people on their side to serve as buffer so they wouldn’t get caught. And when they attack in groups with members from different parts of the world, it is much harder detect and stop them in their tracks. Some even use decoy to mislead the authority and remain anonymous.

Large corporations, and even Government websites, have been mostly the target of cyber terrorist. But there are small enterprises, and even personal accounts being hacked as well. No one, it seems, is safe. Lately, even these institutions have taken steps to prevent or mitigate such attacks. This is by upgrading their network security systems and foreseeing possible mode of attack in order to identify which plan of action must be taken. For small businesses, the specter of getting attacked online may seem remote. Who would want to harm a small but growing business? The answer to that is simple; anyone. As previously mentioned, anyone can be a target. It doesn’t matter how big or small of a person/enterprise you are. As long as you have information worth exploiting, you can be the next victim. Culprits can be a business competitor who wants to nip the bud when he sees a potential threat to his business or a group who wants to prove something to the government or raise awareness to the what they believe in. It may even a bored geek/hacker who has nothing or no one to vent his anger or frustration on, and targets your online business so he can get some "credibility" and make a name for himself among the elite community of black hat hackers.

So what can you, as a small business owner, do to protect your business? You should be to avail of the services of a network operations system provider or, network operation centers (NOC). Network operations center have 24X7 network monitoring, support, and reporting which ensures that any anomalous attacks can be detected and averted even before it causes any harm. But of course, given the technological advancements, there may be apps and software available for you to purchase and install on your computers, but bear in mind that cyber terrorist are getting more clever and sophisticated to keep up with the latest tech available. You may not be able to deal with them effectively, and the work to restore your system eats up valuable time. A network operations system has the manpower and the personnel who can deal with and mitigate the adverse effects of a cyber attack. NOC for data centers are also effective in protecting client information. Hence, getting an NOC as your frontline defense is not just an option, but a "must" to protect your business.

INOCSolutions is author at LeraBlog. The author's views are entirely their own and may not reflect the views and opinions of LeraBlog staff.