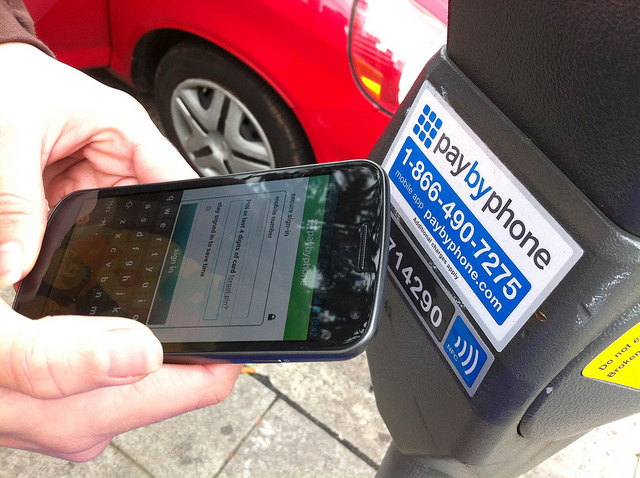 The mobile payment trend is on the rise, as more customers are using their smartphones to pay their bills and cover day-to-day expenses. Despite the fact more people are using the technology, an eDigitalResearch study of 2,006 consumers in April 2013, found that 52% of consumers have security concerns, and 40% believe mobile payments leave you more susceptible to fraud. However, mobile payments are safer than many realize and consumers can take action to further protect themselves.

Mobile point-of-sale (POS) systems that connect to a smartphone to allow small business owners to collect credit card payments using the same encryption traditional POS terminals that customers use in a retail store. This encryption, known as point-to-point encryption (P2PE) or end-to-end encryption, or E2EE, protects the information from the time it is swiped, all the way to the payment processor. Data intercepted through this process is completely useless to a hacker, because the encryption makes the original account information unrecognizable. No payment method, even cash, is fully secure but mobile credit card processing is as secure as any other payment method.

As mobile wallets become more popular, major banks including CitiBank and U.S. Bancorp, along with other members of the industry trade group The Clearing House, are working together to develop a system to increase their security. The idea behind the system is to put a wall between the customer's account information, the merchants, and other third parties. The system is collectively known as Secure Cloud, and aims to provide an extra layer of security to mobile wallets. The system, testing in late 2013, will work to prevent the financial information from leaking any further than the banking system.

The idea behind the technology is that instead of using the customer's financial data, the system will generate a "token" that is instead a randomly generated sequence of numbers. The token will be used to authorize the transaction when a mobile wallet is used for payment. Then the token is used to match the authorization to the account holder's original information to complete the transaction.

What Consumers Can Do to Protect Themselves

Consumers worried about mobile payment security issues do not have to rely solely on the technology to keep them safe.

Consumers should also make it a habit to watch their bank statements for irregular activity. Immediately report any unauthorized activity to the bank.

Identity Theft by the Numbers

While identity theft is no doubt a problem in the United States, there is little information to support mobile payments as a source of information for thieves. There is a much greater likelihood the information is collected through other means.

While fraud and security are natural concerns associated with any new technology, the reality is credit and debit card fraud existed well before the development of mobile payment technology, and it will continue at least to some degree, until technological advances to further protect an individual's identity come into play.

Despite the fact some consumers worry about security, Forrester Research predicts that by the end of 2017, mobile users in the United States alone will spend $90 billion, up 48% from the $12.8 billion spent in 2012. Security issues may be a roadblock in the widespread use of mobile payments, but they are not stopping people from using them.

Sherry Gray is author at LeraBlog. The author's views are entirely their own and may not reflect the views and opinions of LeraBlog staff.