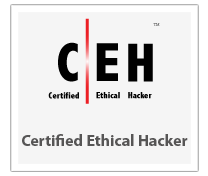 Ethical hacking or the less frilly penetration testing entails testing the security levels of an organization's network to see if there are loopholes using which a malicious program can hack into the network. Ethical hackers run tests and simulation attacks to check if their client's network is secure enough or not.

The role of an ethical hacker is not as glamorous as it's portrayed in the films. However, the fact that hackers, be it ethical or malicious, are unsociable night owls is true. Penetration testing needs to be done round the clock to ensure networks are secure all the time. While there are a number of automated tools that are available to run scheduled checks, they can't be completely relied on because malicious hackers are on the constant lookout to beat them too.

In reality, a large part of the job of an ethical hacker is tediously manual and repetitive and intellectually demanding. Also ethical hacking is a grey area that involves using a combination of legal and illegal practices to test his/ her client's network. A lot of it is also about trust because an ethical hacker gets to access an organization's innermost secrets.

How to become one?

A paper in the IBM Journal indicates, "Ethical hackers typically have very strong programming and computer networking skills. It should be noted that an additional specialization in security is not always necessary, as strong skills in the other areas imply a very good understanding of how the security on various systems is maintained."

The EC Council's Certified Ethical Hacker (CEH) v8 certification and training is possibly the best way to attest your skills in ethical hacking. However, ethical hacking is a lot more than simply studying the training journals and practicing at the labs.

An ethical hacker needs to have a strong understanding of techniques such as password guessing & cracking, denial of service attacks, session spoofing & hijacking, SQL injection and exploitation of buffer overflow vulnerabilities. These are skills which are fueled by the knack for computers and networks and are mastered over time.

However for someone who has been able to develop these skills and attain a validated certification to attest their skills, ethical hacking can be a highly lucrative career. The package range from INR 4,00,000 to INR 13,00,000 within the subcontinent itself and even more outside the country.

What fuels you to peruse a career in ethical hacking? Interested in finding out more about the CEH v8 training course and exam cost? Post your queries and experiences below or visit us at koenig-solutions.com.

MichaelWarne is author at LeraBlog. The author's views are entirely their own and may not reflect the views and opinions of LeraBlog staff.