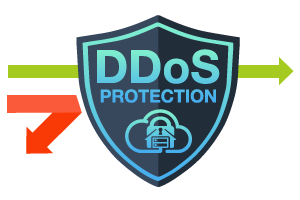 There are circumstances in which DIY is a perfectly acceptable approach, such as when you are hosting children’s birthday parties or preparing Christmas gifts for relatives you don’t really like.  But then there are times when DIY quickly becomes a disaster. Think home renovations involving construction, or car repairs involving the transmission. In the interest of not dredging up awful memories, you probably don’t need specifics. What you do need specifics on are the pros and cons (mostly cons) of DIY DDoS protection, and the options you can look into instead.

As much as DIY may not be the best approach to DDoS protection, the people employing it need to be lauded for recognizing the massive threat that DDoS attacks pose and being proactive in defense of their websites and businesses.

A DDoS attack is a distributed denial of service attack, which is what occurs when an attacker uses a number of internet-connected computers or devices to overwhelm the bandwidth or resources of a targeted website. When a DDoS attack is successful, it knocks the targeted website entirely offline or slows it down enough to leave it virtually unusable.

Not only are DDoS attacks becomingly increasingly easy to mount and therefore increasingly prevalent thanks to DDoS for hire services, but they also cause jaw-dropping damage. For major enterprises, jaw-dropping damage translates to $40,000 per hour for an unmitigated attack. While smaller companies won’t suffer that sort of financial setback, they may still end up shelling out tens of thousands of dollars…if the business survives.

In addition to up-front financial damages, DDoS attacks also do a number on a business’s reputation, impacting customer loyalty. They can also cause software damage and hardware damage, or be used as a smokescreen for an intrusion in search of customer information, financial data or intellectual property.

There aren’t many people who can read the above section and still want to take responsibility for protecting against DDoS attacks. Which is good. While any DIY effort is admirable, the broad IP blacklisting and static traffic thresholds of DIY DDoS mitigation just doesn’t have what it takes to stop these thundering attacks.

As DDoS protection services provider Imperva Incapsula says, one of the main problems with DIY DDoS protection is that it’s often used as a reactive measure. This means that while you’ll be able to tweak your solution’s configuration after an attack has hit, and that may make your solution more effective going forward, the first attack already hit and did its damage.

Further, when you tweak configurations to respond to an attack, those configurations will only be effective against that type of attack. DDoS attacks, unfortunately, lend themselves to creativity, with attackers able to adjust where they’re attacking from, or what attack vectors they’re using.

If literally your only concerns when it comes to DDoS attacks are 1) being able to say you have DDoS protection, and 2) keeping that protection as low-budget as possible, then DIY could be for you. Otherwise, you’re looking at on-premise or off-premise.

The first of the two effective DDoS protection types is on-premise, which is an approach that puts hardware appliances inside of a network, positioning them in front of protected servers. The DDoS protection is literally on the premises of the organization using it. Due to the prohibitive cost, this is generally an approach that only major enterprises or organizations bound to industry standards requiring on-premise protection would prefer, but there are definite pros to this method.

The hardware appliances in on-premise protection are built to work, and work they do. They’re typically loaded with advanced traffic filtering capabilities, making them an effective solution against application-layer attacks. They also tend to have rate limiting capabilities as well as geo-blocking, IP reputation and signature identification, all important components of DDoS mitigation.

The big one was already mentioned: the cost. The hardware itself can be expensive, as can the installation. As far as the actual use goes, on-premise protection requires manual deployment by IT staff, which can significantly slow down response time, possibly allowing the attack to find some measure of success in initial site downtime. And like DIY protection, on-premise protection struggles when it comes to scalability, rendering them less effective against network layer attacks due to network bandwidth limitations.

Head in the clouds

Regardless of what kind of DDoS protection you go with, at the end of the day the most important thing is that your website and your business has DDoS protection, period. However, you really should think long and hard before you go the DIY route when it comes to DDoS protection.