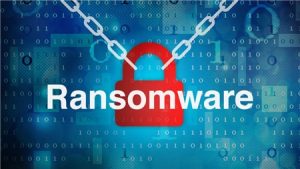 In the first decade of the millennium, the dark web’s activities mainly took place in the dark web but things have been different for the second decade. Since 2013, the world has seen the darker side of computer technology on a completely different scale. Ransomware viruses showed up effectively since that year and have been terrorizing the internet with the attackers gaining millions of dollars from the operations. The funny thing is that you would expect that since they have been around for more than half a decade, the good guys would have found a counterattack by now. Nevertheless, more and more versions of the viruses are instead being released, with each new one more dangerous than the former. Where does that leave you?

Computer viruses are mere software being used to do malice. One computer programmer will create software that will let you easily download and enjoy your favorite music. Another programmer will create a software that will let you involuntarily delete the entire collection of your most priced albums or just to mess with your head, encrypt the files and demand you pay him if you ever want to enjoy your music again. And the latter instance is essentially a virus or malware. However, ransomware is a virus that is on a completely different scale. In fact, it is considered one of the biggest threats on the internet; if not the biggest threat.

Ransomware mostly gets to one’s computer through an enticing email; something the geeks and nerds call Trojan horses. A Trojan horse is essentially an attack disguised as a gift. The name was coined from the Greek mythology, the fall of Troy, one of the epic battles ever. That means it is wise to not open emails you did not sign up for. It is also wise to avoid sticking flash disks/thumb drives from strangers into your computer and avoid sharing them with people you don’t know much, especially if they are random strangers.

The best prevention is to ensure you have an updated anti-virus software, specifically one that is meant to tackle ransomware among other malware. The best antiviruses for tackling ransomware are GandCrab v5.1 ransomware remover, Avast Anti-virus, and Bitdefender. Moreover, always ensure that your firewall is active, and if possible, back-up your files at least on a monthly basis; better safe than sorry. These measures are ideal for people with sensitive data and within an environment that can be attacked easily.

The ransomware virus essentially takes over your computer by encrypting the files in the system. If you don’t have anything important in there, consider it a narrow escape. However, if you have important stuff in there, you will be forced to pay some ridiculous amount of money to gain access to your files once again.

The thing that makes ransomware such a tough virus is that no one knows who is behind it. Even the best hackers in the world have not managed to determine the actual source of the virus. All that is known is that the person behind it is very talented when it comes to computer systems and he is a Lord in the dark web.

Once a computer has been infected with the virus, for the victim to pay up, he has to use cryptocurrency, which is untraceable. Furthermore, the victim never gets to meet the attacker since the payment must be paid through untraceable digital means par the instructions of the attacker.

Cryptocurrencies are awesome due to the fact that they are untraceable. It is virtually impossible for people to play around with crypto. However, you can see from the instance of ransomware how such a wonderful technology can be misused. Various kinds and version of ransomware have been released within the decade, with 2018 experiencing the hardest hit. 2019 is still young but it is wise to watch out; you never know.

Even with the recommended anti-virus and security measures, new versions of ransomware are still being introduced, which makes it a challenge to be completely protected. This virus is tough to deal with and until the day a definitive solution will be presented, the best option is to keep a backup of your files on a protected area – but only if you stand to lose important data. Otherwise, go online have fun, and once in a while, remember to read about the new developments of ransomware.