The modern world we live in today has brought about convenience for web users across the globe with the introduction of a Virtual Private Network or VPN. A VPN has revolutionized network technology by allowing users to keep their network connections secure when surfing the internet. From Educational institutions and corporate organizations to government agencies and other public sector firms, VPN technology is on the rise, allowing remote users to establish a private network connection in the safest manner possible. Let’s take an in depth look at 5 ways through which a VPN can secure your data today.

A wonderful way to establish security of your data through a VPN is by the use of authenticated connections whenever you make an attempt to connect through a VPN. This means logging into your VPN requires the use of certain sensitive details and information, also known as valid credentials. These valid credentials are authenticated by the remote access server of your provider using a number of different authentication methods. This is your first step of security through the use of a VPN, which goes a long way in terms of securing your data.

Tunneling is another way through which your data can be kept safe through the use of a VPN. The word tunneled may have come across many users several times. But what exactly does tunneling mean is a question commonly asked by many individuals. Tunneling is the name given to the process of sending information over the web privately through the use of a VPN. It’s important as a web user to realize that surfing the web transmits sensitive information such as the user’s IP address. However, with the use of a VPN, all connections are tunneled. This means your information is shieldedfor protection, also known as encapsulation. This outer shield of protection prevents your contents from being seen by the public, giving you a safe and sound established connection. 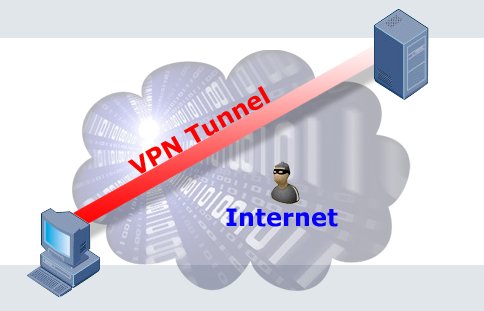 Encryption of a user’s data is another method by which a VPN can help keep your data secure. Encryption of data is the name given to the process where information is encoded so that it can be visible and read by only the user and VPN server. The user and server of the VPN are both connected via a secure connection. Every VPN uses a certain number of different protocols to encrypt data in the most secure manner possible. The most common security protocols include OpenVPN and IPSec. These security protocols function by two different methods. The first method includes the use of an encryption key to encrypt the user’s data. The key is only disclosed between the user and the VPN server. The second method utilizes the Encryption Holder, which is basically a sub-protocol that disguises sensitive data such as the user’s identity. The end result of these two methods is secure data and private online identity of the user.

Another great feature related to VPN and its security of the user’s data is the availability of a number of different inbound and outbound filters. These filters help in blocking certain types of unwanted traffic of the user. Firewall is the name given to the most common configuration that is connected directly to the internet. VPN servers can be put in front of or behind a firewall. By this way, non-VPN users of the internet are prevented from gaining any sort of access to the user’s sensitive information and at the same time, only certain types of network traffic can be allowed or disallowed to flow through.

Through the means of VPN routing, users can now establish a safe and secure connection. Other than that, combining VPN with other networking based components was necessary for the safe and efficient functioning of VPN design. Common technologies include NAT, Connection Manager, IAS, and EAP-RADIUS. This is all done to ensure VPN as a whole is connected with authentication and security services for example, allowing all VPN customers remote or site to site access to any network via their VPN connection.

These 5 ways related to how a VPN can secure your data show us the significance of a VPN network service provider in today’s time. Keeping a private identity as well as protecting sensitive personal information should be the ultimate goal for all web users. The usage of a VPN is your first step towards achieving this goal!