The best browser in the world involved in breaching user privacy? Sounds absurd but it’s true. Lately, Google has been among the top offenders for targeting ads to users. The popular browser is known for a lot of things, but privacy and security aren’t one of them currently. In late 2018, Google appeared before the Senate Committee to acknowledge its mistakes relating to privacy alongside telecommunication giant AT&T. 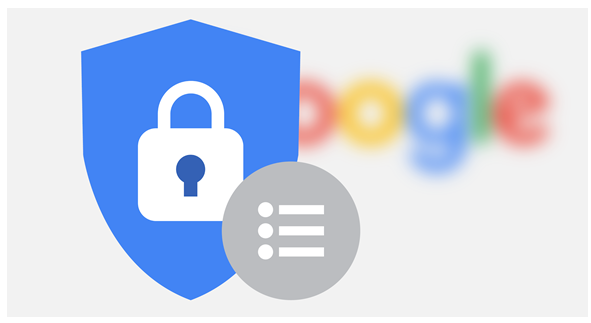 Parallel to Facebook, Google is the prime point of target for misusing user data, whether it’s concerning your emails on Gmail or targeting user ads. Google’s past has not been crystal clear, but that doesn’t mean it’s not working on improving its security. Behind the scenes, Google developers are working on patching the loopholes to provide a better more secure user experience which is not seen on the headlines.

To know more, let’s go through some of the fixes that Google has been working on to improve user privacy.

Google has a diversified range of platforms which are used worldwide, and the giant is making amendments for mobile users by introducing ‘Google Play Protect.’ This was launched earlier in 2017 where 50 billion apps are scanned every day protecting 2 billion devices from malware. The features use a machine learning system to identify and verify PHA (Potential Harmful Apps). The system evolves and learns itself by recognizing the patterns used by PHAs and scan new apps to determine the threat.

The download of these new apps brings on board security issues and phishing. These apps do not take consent of users before using their data. However, Google’s security team of analysts review the threat and passes the information into the machine learning process where the systems build its own algorithms to prevent such threats.

Under all circumstances, do not underestimate what Google knows about you, it knows more than it should, which is a worrying situation. With everything linked with Google, your account details become critical not just for you but for Google as well as it’s their job to protect it. Google’s ‘My Account Dashboard’ has been working to secure data of users and handling how Google manages the information. It has included a sidebar that lets you navigate through Sign-in and further security protocols easily.

This security tool further guides the user on the most critical security settings, so you don’t have to work hard in maneuvering and getting familiar with the security features. You can look for My Activity page where you will have access to your activity history, date and further details to quickly delete the data if you want to.

The data between users activities and the website server is not secure if the domain starts with HTTP! HTTP means hypertext transfer protocol where the encryption is not reliable. Sensitive websites like online banking and emails encrypt the data using HTTPS to keep the connection secure and safe. Google recently decided that the Chrome browser warns users before loading the page indicating it is an insecure website’. A padlock shows this alongside the URL bar which makes it clear that the website is insecure.

Google indicates a “Not Secure” warning for all HTTP websites and has made HTTPS the default in Chrome settings. This is an added benefit as users will be notified with the insecure website using HTTP.

Google has started providing high-end encryption through its new security protocol ‘security keys’ that needs to be signed in to your account. These keys are as small as a USB which uses a 2-step verification to sign in. Also, Public-Key cryptography and digital signatures are incorporated by Google to verify your identity. If a hacker gets access to that key than your details could be hacked. 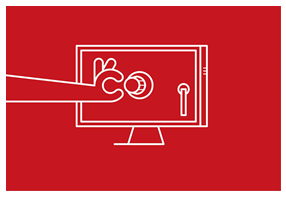 However, hackers are blocked with this protocol as the hacker would require the key and the password simultaneously to hack it.

Every website or application asks access to user information, and users allow access without reading why the data is being requested. Even the most childish games request the access of your profile, camera and what not. Google brings in new protection limits that restrict this by not giving full access to Gmail and Google Drive to your data.

Until now only these two apps have been doing this, but Google will expand this security on its other platforms.

We all know no matter what precautions you use, you end up losing some data or the other relying on trusted apps and browsers. There is no such thing as a 100% guaranteed protection. At times users need to avail every possible tool to ensure that their privacy does not get penetrated.

We would recommend using the best privacy tool, that will enhance your online privacy and security by wrapping another layer of protection on Google provided features. The VPN will encrypt your connection with multiple protocols that will keep your data and privacy intact.

Can We Trust Google’s Security Features?

The answer is No. Google has been a nightmare for many as it has been involved in shady practices lately which came as a surprise. Whether its email tracking or miscommunicating its policies with other telecommunication giants; Google has been some way or the other found misusing user data.

The market leader is creating and developing new security fixes, but we would recommend upgrading your protection with added security tools.

DevinSmith is author at LeraBlog. The author's views are entirely their own and may not reflect the views and opinions of LeraBlog staff.