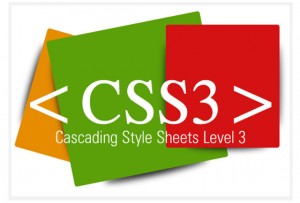 In CSS3, W3C has modified the specification: several separate modules instead of a single one; each of these modules is dedicated to a specific aspect of CSS. Such approach has the advantage of helping companies that build internet browsers to implement one module at time without having to rewrite the entire CSS structure when releasing a new version of their software.

There are plenty of CSS modules so let’s have a closer look.

Selectors represent the most used structure, implemented by almost all browsers. Selectors are powerful structures analysing the hierarchy of a document and make selections according to the relationships between elements. By the time this article was written, the module is at the stage of Candidate Recommendation.

CSS Layout (previously called: Advance Layout) is intended to provide the maximum flexibility by placing elements according to their hierarchy. Stage of implementation: Working Draft.

Media Queries in CSS3 represent an extension of the traditional @media rules that can assign the styles based on new values.(i.e. the size of screen or dimensions). Implementation status: Candidate Recommendation.

Borders and Backgrounds module contains specific functions dealing with borders and backgrounds such as shapes, rounding borders and extending background images. The status of implementation of this module is: Last Call.

CSS User Interface. This module was extended with additional methods to assign new styles to a web document and is actually at the status of Candidate Recommendation.

The “Generated Content for Paged Media” module represents an extension of the common CSS features for printing, and introduces new options such as footnotes and cross-references. Working Draft.

Hyperlink Presentation represents a module dealing with how CSS processes http links and allows the authors for a greater control of their structure. The module implementation stage is Working Draft.

“CSS Replaced Content” is a new module dealing with replacing the content of an element with a CSS generated one. Stage of implementation: Working Draft.

The Multicolumn Layout module deals with new options to manage the multi column layout. Its implmentation status is Last Call.

CSS Paged Media is a module used to obtain page numbers, footers and headers while expanding the CSS properties for print. It's at the Working Draft status.

CSS Namespaces module is useful in formatting the XML documents and defines which elements to select based on a specific namespace. It’s actual implementation status is Candidate Recommendation.

The CSS Text module proposes new values and properties to control the text with the purpose of internationalization of how these properties are defined. Status: Working Draft.

CSS Presentation Levels module is designed to work with specific layouts such as presentation slides and deals with a new concept of multiple presentations for the same document. Working Draft status.

In the CSS3 layout, a specifically positioned element forms a presentation grid. The Grid Positioning module deals with the absolute position of the floated elements. The status of this module is Working Draft.

CSS Transitions module introduces new concepts among the elements such as transitions and delay in transitions. (i.e. after receiving focus, an element loses it). The implementation status: Working Draft

The 2D Transformations module applies to CSS several concepts already featured in Scalable Vector Graphic SVG such as scalling, rotation and transformation of the elements. Currenty in the Working Draft status.

Another module worth mentioning is CSSOM View; it allows authors to avoid scripting when obtaining the information about other CSS elements. Working Draft status.