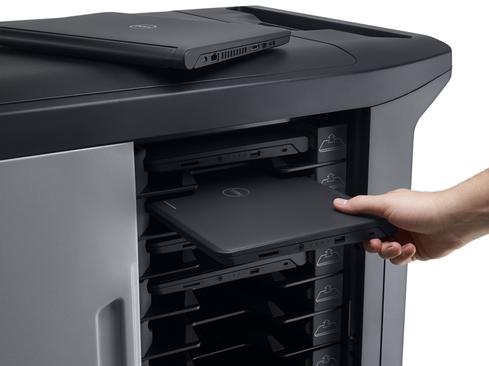 Once limited to durables scrapped in warehouses, the market for rugged computing devices has expanded in recent years to include classifications of computing gadgets that are capable of functioning in harsh environmental conditions. The demand for rugged devices outside the four walls - such as manufacturing plants, warehousing and distribution centers - led to the development of even more agile and tough devices - think the toughness of military devices featuring the smoothness of modern operating systems.

While the common perception today is that rugged devices are suitable for more extreme conditions, such as in cold storage or Arctic type conditions, they can be used just like normal computing devices in normal conditions (home, office, school, etc.).

The fanciful rugged scenarios might feel a bit extreme - after all, how many manufacturing associates play ice hockey or visit cold storage? But the outcome makes a valid point: some environments are remarkably tough on computing devices, and it is an investment on the consumer's part to own equipment that can withstand abuse.

The added ruggedness come with a price tag, of course, but in certain applications such as use during camping, rugged equipment might prove as the most cost-effective solution, as it covers for the potential damages suffered by normal computing devices in such environments.

VDC research says that the most successful vendors of such devices will adopt consumerization. Though the demand for rugged computing devices to support mission critical applications and businesses stays stable, there is a clear need for vendors to reinstate their value in terms of increased competition from consumer devices with modern OS integration and addressing the innovation gap in terms of hardware. Manufacturers of rugged devices will likely continue taking cues from trends and innovation in the consumer market.

Smartphones: Rugged smartphones are bit different than your iPhones and Blackberries; they aren't going to awe you with their aesthetics, but they're going to outdo and outlive the average smartphone in most environments due to their solid construction. Modern ones such as the Runbo X5 can withstand dust damage, water drops, shocks, extreme temperatures, and all kind of torture tests you can think of.

Tablets: Rugged tablets are designed from the scratch to use in mobile, outdoor, and dusty conditions. Their components, and the placement of components, keeps out cold, moisture, heat, dirt, sand and salt. Rugged tablets today come stocked with major operating systems such as Android OS and Windows OS. Options are also available in terms of internet and data connectivity including 3G and 4G LTE compatible rugged computing tablets.

The bottom line is that it's not necessary for an individual to be in a complicated line of business to consider investment in rugged devices. Because of their consumerization, they can be considered for normal use and operations where productivity, reliability, and return on investment are high priorities.