Bluetooth technology is one of the most popular ways to wirelessly connect devices. There are different versions of Bluetooth, and each has its own benefits and drawbacks.

This guide will help you understand the different versions of Bluetooth and how to choose the right one for your needs.

Bluetooth is a wireless technology standard that allows for the exchange of data over short distances. It was originally developed as a way to connect devices, such as phones and computers, without the need for cables or wires.

Bluetooth uses low-energy radio waves to create a connection between devices, and it can be used for both data and voice transmissions.

Because it is a wireless technology, Bluetooth can be used in a variety of settings, including in homes, offices, and cars. Bluetooth is an important technology because it allows people to connect devices without the need for cables or wires.

This can make using devices more convenient and allow people to use them in a variety of settings. Bluetooth is a low-power radio technology that has a short-range, making it ideal for use in small areas.

Bluetooth can be used to connect devices such as phones, computers, and headsets. It can also be used to transfer data between devices.

How Does Bluetooth Work?

Bluetooth is a wireless communication protocol that allows devices to easily transmit data over short distances. This technology relies on radio frequencies to facilitate the transfer of information between devices, and it uses a process called “pairing” to establish a connection between two different units.

To pair two Bluetooth devices, one unit must first be “discoverable”, meaning that it will actively broadcast its presence to other devices in the vicinity. Once this first device is discovered, the second unit will be able to connect with it seamlessly.

This process allows users to quickly and easily share information between different devices, making Bluetooth an essential tool for a wide variety of applications, from data transfer to hands-free calling in cars. So how does Bluetooth work exactly?

The answer lies in the unique combination of hardware and software components that are used to establish reliable connections between disparate devices.

Whether you’re using a phone or a wireless earbud, if your device has Bluetooth capabilities, then you can rely on this technology to help simplify your connected life.

What Is Bluetooth Used For?

Bluetooth is a wireless technology that allows two devices to connect to each other and exchange data. It is most commonly used in devices such as headsets, keyboards, and mice, but it can also be used to connect devices such as printers and digital cameras.

One of the advantages of Bluetooth is that it does not require a direct line of sight, so it can be used in areas where there are obstacles that would block an infrared connection. Another advantage is that it uses very low power, so it does not drain batteries as quickly as other wireless technologies.

Bluetooth is an essential part of many modern devices, and it offers a convenient way to connect accessories and share data. 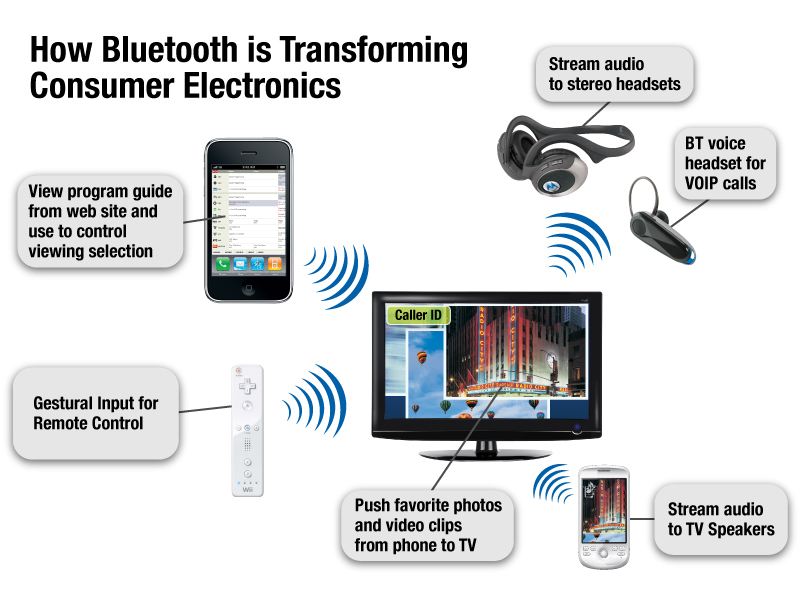 There are several different versions of Bluetooth, each with its own unique features and functionality. While some versions are no longer in use or have been completely replaced, others are still widely used today.

In this article, we’ll take a look at some of the most common Bluetooth versions and discuss what sets them apart.

Bluetooth 1.0-1.2 was released in 1999 and was the first version of Bluetooth. It had a lot of problems, such as high power consumption, low data rates, and security issues.

It wasn’t until 2005 that Bluetooth 2.0-2.1 was released and it fixed a lot of the issues with the first version. It had reduced power consumption, better data rates, and a more secure connection.

In 2009, Bluetooth 3.0 was released and it was a big step up from the previous versions. It had even lower power consumption, higher data rates, and a more secure connection.

How Do the Bluetooth Versions Differ From Each Other?

Bluetooth is a technology that allows devices to communicate with each other wirelessly. There are different versions of Bluetooth, and they differ in terms of range and data transfer rate.

When it comes to choosing a Bluetooth connection for your devices, you may be wondering what the difference is between “Bluetooth Classic” and “Bluetooth Low Energy (BLE) a.k.a Bluetooth Smart”.

Bluetooth Classic is the original version of the wireless communication standard, originally introduced in 1994 and commonly used for wireless headsets and other similar devices. Compared to BLE, it requires more power to operate but has a much longer range and better performance when transferring large data files.

Bluetooth Low Energy (BLE) was introduced in 2010 as a more power-efficient version of Bluetooth Classic, designed for devices that require less data transfer, such as fitness trackers and heart rate monitors. BLE uses less power than Bluetooth Classic, but has a shorter range and is not compatible with older devices.

So, which one should you choose? If you need to transfer large data files or connect to devices over a long distance, Bluetooth Classic is the better option. If you’re looking for a more power-efficient connection for devices that don’t require a lot of data transfer, BLE is the way to go.

WilsonJessica is author at LeraBlog. The author's views are entirely their own and may not reflect the views and opinions of LeraBlog staff.