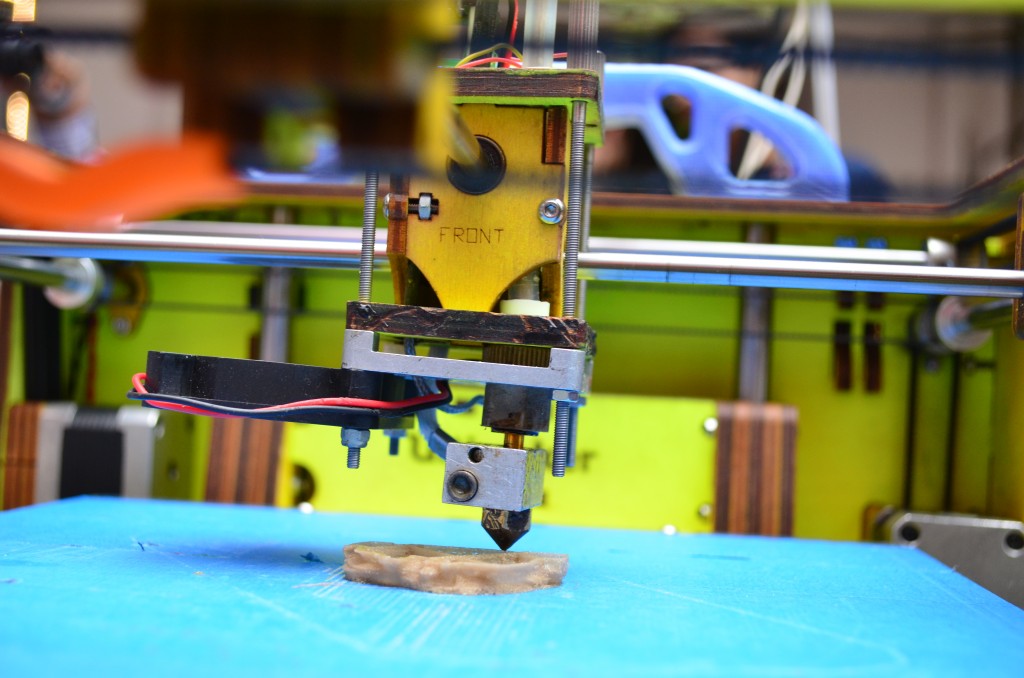 In what might seem to be the one of the most iconic scenes of the movie Terminator 2, 3D printing found a breakthrough. As the viscous T-1000 robot rose to full glory from a liquid metal puddle in the movie, the company Carbon3D came across its new printing inspiration.

Recently the Company came up with a brand new 3D printer, which employs the "continuous liquid interface production" (abbreviated CLIP) as described in the Company’s Science paper publication. Unlike conventional 3D printers, this new tech can pull out a whole new object from a pool of UV curable resin, instead of printing it in layers.

How the Magic Happens?

Since the last 34 years, we have been familiar with the existing method of 3D printing, wherein a printer head passes over a platform, continuously depositing layers of a material like plastic. And out emerges the fully formed desired object. But the new printer would do away with the layers entirely.

What happens here is, a projector placed below the resin pool emits UV light in the form of a series of cross-sectional images of the object to be created. The resin solidifies as soon as it comes in contact with the UV radiation by the process of photopolymerization. An oxygen permeable window at the bottom of the pool prevents the object from solidifying inside the pool and sticking to its floor. This ultrathin layer, known as the "dead zone", comprises dissolved oxygen. As a continuous sequence of UV ray is shot into the pool, the object is drawn from the resin bath by a support plate.

Watch this video to see how it actually works.

Why CLIP is set to rule 3D printing

The CLIP technology is much faster than the traditional 3D printing technology. This process can chum out a 51 mm diameter complex object (the one in the video above) in just 6.5 minutes, whereas the Polyjet, SLS and SLA take a duration of 3 hours, 3.5 hours, and 11.5 hours, respectively, to build the same object. This means that this game changer can work 25-100 times faster than the rest. And in an era where time spells money, CLIP is what we need.

The layer-by-layer approach renders the traditional 3D printed objects inconsistent. This is because the mechanical properties of the parts created vary depending on the direction the parts were printed. But the CLIP technology combines the flexibility of new age 3D printing with the strength and speed of injection molding. The lack of layers make the products created by CLIP much more resilient, hence, more reliable.

From the CEO’s bench

The company Carbon3D came out of stealth mode recently on March 16 in the TED 2015 conference. According to CEO and co-founder of Joseph DeSimone, "Current 3D printing technology has failed to deliver on its promise to revolutionize manufacturing. Our CLIP technology offers the game-changing speed, consistent mechanical properties and choice of materials required for complex commercial quality parts." He goes on to add, "This is a field that’s like breathing for me and we have an opportunity to make a big impact."

The medical potential of Carbon3D is overwhelming. "The idea that you could produce a biodegradable stent that takes in your own anatomy and the tributaries of your blood vessels while you’re on the catheter table in an emergency room â€” that’s an amazing new future that is now in reach", said Joseph DeSimone.

Carbon3D had partnered with Sequoia Capital, one of the most successful venture capital firms for the Series A round of financing in 2013 and with Silver Lake Kraftwerk for the Series B round. And they have raised a total of $41 million to commercialize CLIP. DeSimone hopes that CLIP’s knack for producing small objects might be a breakthrough in creating tiny sensors that we generally use in smartphones, fitness bands, microneedle and other drug delivery systems.

CLIP is set to take over the 3D market by storm by bringing out 3D printing into the commercial market. This is because the layers in the conventional 3D printing method pose a hindrance to commercialization. And CLIP decides to break out of prototypes. According to Carbon3D’s chief marketing officer Rob Schoeben, "These hurdles mean that 3D printing can be amazing for making prototypes, but just not as good for creating a commercial product in a lot of applications. That’s what we’re most interested in changing."

Even though we have high hopes from CLIP, it is still a prototype at the moment. So we’ll have to wait for its next move.