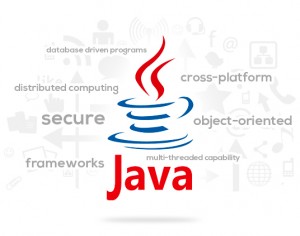 Java has been around for 20 years now, and even if the most progressive developers are passionate about other more "fashionable" technologies like Dart or Objective-C. A quick research shows that Java is still one of the most implemented technologies in the world of programming. So, let's not forget about the huge contribution of Java in the IT-industry and its role in our time. Here are 7 good reasons why Java is a thriving and fully active technology today.

Using Java Virtual machine will allow you to easily work with large multi-core machines. This ability inspired the development of other languages based on the JVM, such as various cross-compilers and emulators running on JVM. This technology is used by many web sites with high traffic. Developers can write code and then deploy the application on a fast server where it uses a multi-core power at full strength.

On of Java's competitors is Ruby, but still, when its fans look for high performance they turn to JRuby. This version of Ruby runs on JVM, which provides greater performance when dealing with heavy loads of data.

Java was never the first language for writing cross-platform applications, but eventually it became the most popular one. This, of course, doesn't mean full compatibility across platforms, for example, missing libraries or incompatible versions of libraries can easily kill your code. You also can't take the desktop application code compiled in JRE 1.7 to make it run on the phone with Java ME. But developers still manage to squeeze the maximum out of Java for cross-platform use. They say that if you're using the correct version of Java and you have enough memory-your code will work. You can also develop an application on your computer, and then deploy it on the target platform, whether it’s the phone or the server. If proper libraries are available for the compiler - your code will work. Using this ability in a right way makes Java a priceless gift.

Java has never been a popular tool for developing desktop applications, but it has flourished in the mobile segment of the market. The whole platform of Android is bult on Java, and today Android devices sell better than iPhone.

According to this website, the stripped-down version of Java (Java ME) is widely used in millions of mobile devices worldwide. The dominance of Java on the mobile market is undeniable.

Blu-Ray disc doesn't consist of raw video only - it's a combination of Java code and compressed video. With the help of Java you can change or add other interactive features on the disc.

"Oak", the predecessor of Java, was intended for TV receivers. Although this plan didn't work Java still found a cozy place for itself on the market.The standard is based around Java and if you decide to add some more content on a Blu-Ray disc you will need to use Javac compiler.

For some reason Sun, the creators of Java, never dared to release the language in its entirety. Still this did not prevent Java developers to write a set of different libraries and projects under free and open licenses. Apache continues to deliver a variety of projects in Java format under the affordable license.

Sun and its new owner, Oracle, tried to manage Java well. Sure, Oracle damped its reputation with lawsuits against Google, but it can be largely considered as open and free.

NoSQL allows developers to write their own databases and adapt them to their needs. In addition, there are some ACID-compliant databases running on the JVM.

While Ruby continues to grow its fanbase, the next generation will surely embrace Java-all because of Minecraft. It is written in Java. Young gamers wanting to expand the universe of Minecraft will need to know Java to be able to write plug-ins for the sandbox game. This ensures a bright future for Java technology.

So, one of the main advantages of Java is its cross-platform capabilities. You can run the same code under various operating systems, like Windows, Linux, FreeBSD, Solaris, Apple Mac, and others. Also, it is very similar to C++ language, therefore, developers familiar with C and C++ can easily learn Java. Experience shows that it s truly of of the most flexible technologies existing today in the world.