Apple products are great but we all prefer change and variety. Furthermore, not everyone explicitly uses Apple’s devices. Most people own various devices that are not Apple products, and it’s only natural that you’ll want to enjoy a particular media file on whatever device you are holding. This is where DRmare M4V Converter comes in. This software enables you to get rid of the iTunes FairPlay DRM protection that’s usually embedded in your favorite iTunes video file, and convert the file such that you can view it on whatever device or media player you have in your possession. If you’ve already heard about it, or are just reading about it and it seems like an application that may be of use to you, here is what you should know to be sure. 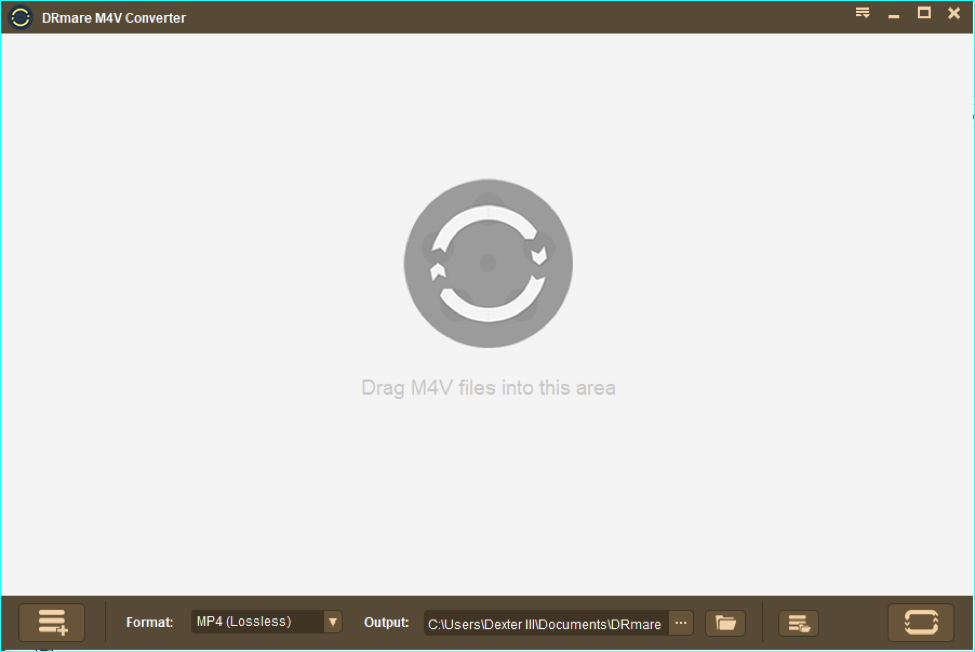 Before I go into the specific features you’ll find in this app, let’s first have a look at its neat and simple user interface. DRmare M4V Converter comes in two versions; Windows and Mac. Regardless of the version you go for, the user interface is pretty much the same. I am a Windows loyal user so the screenshots I’ll be providing were taken from a Windows-based computer. The user interface is simple and you don’t need to read a manual to know what to do next. Once you launch the software, the next step is obvious. It’s just there in the user interface.

Something you should know though is that merely installing the software on a windows computer will not suffice. Immediately you launch the software for the first time and you don’t have iTunes installed on your Windows computer, you’ll get an error message indicating that iTunes isn’t installed yet. That means you won’t be able to do much with the software until iTunes is installed. As a Windows user, the next step will then be to install iTunes. Remember, most Apple products are proprietary, and won’t work on non-Apple devices. iTunes is meant to enable a Windows-based computer to open Apple based media files. As long as you have iTunes installed together with DRmare M4V Converter, then converting your Apple based media files should be a piece of cake.

Now here are the main features of the software you should be excited about.

The Windows version of DRmare M4V Converter is only able to convert iTunes videos into Mp4 and M4V output formats. It’s a bit disappointing but I don’t think you’ll need any other video format anyway. Besides, once you have successfully gotten rid of the iTunes FairPlay DRM protection from an iTunes video file and converted the file, you should be able to use any alternative standard video converter to convert the file to any other format you please. The DRM protection is the big deal here. Once it’s out of the way, anything is possible.

The Mac version of the software is more versatile and gives you more output options. With it, you can convert iTunes video files to HD Mp4, AVI, M4V, MPG, MKV, MOV, MP3, TS, TRP, iPhone, Apple TV, iPad, Xbox, Smart TV, Motorola Android, PlayStation, and Galaxy. Those are a lot of options right? 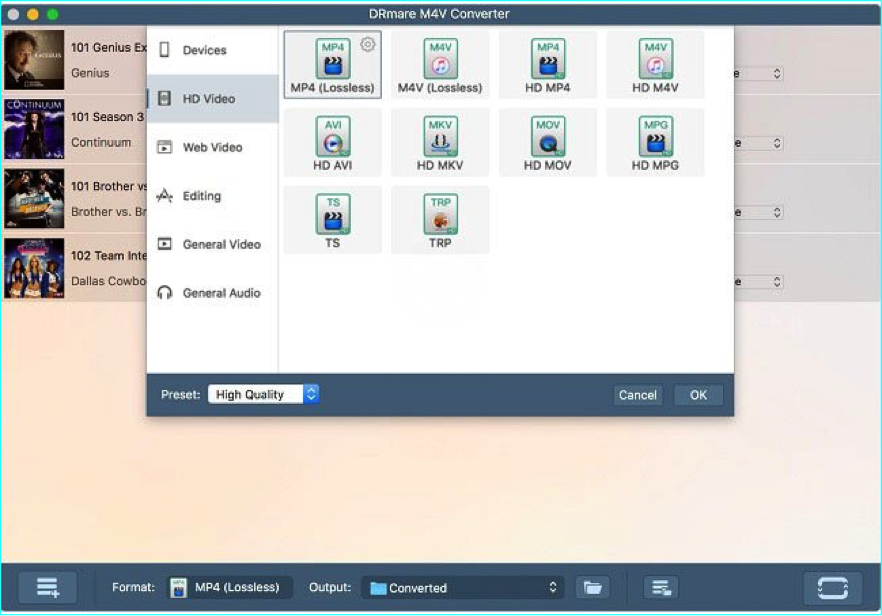 Just to reiterate, the big issue is the DRM protection that Apple’s digital media contain that makes them compatible with Apple products only. The function of DRmare M4V Converter is to get rid of that DRM protection enabling you to convert whatever Apple digital media file you have to the format you would rather it was. As long as the file you are dealing with is an Apple product with DRM protection, DRmare M4V Converter will convert it. You can convert files from iTunes Extras, Movies, TV Shows, and Music Videos.

The Conversion process is essentially a three-step process regardless of which Apple digital media file you have. 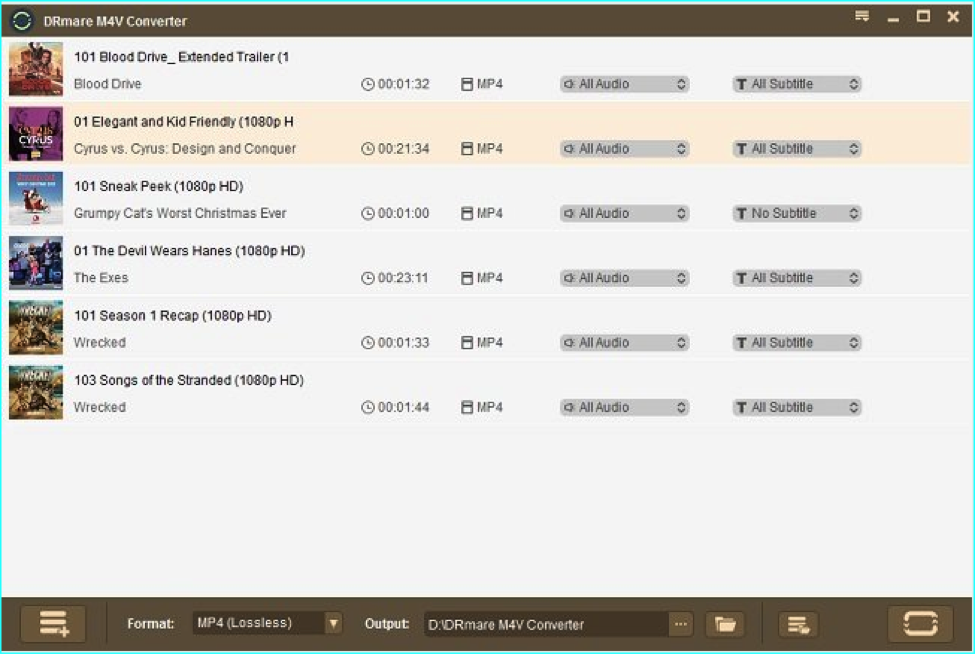 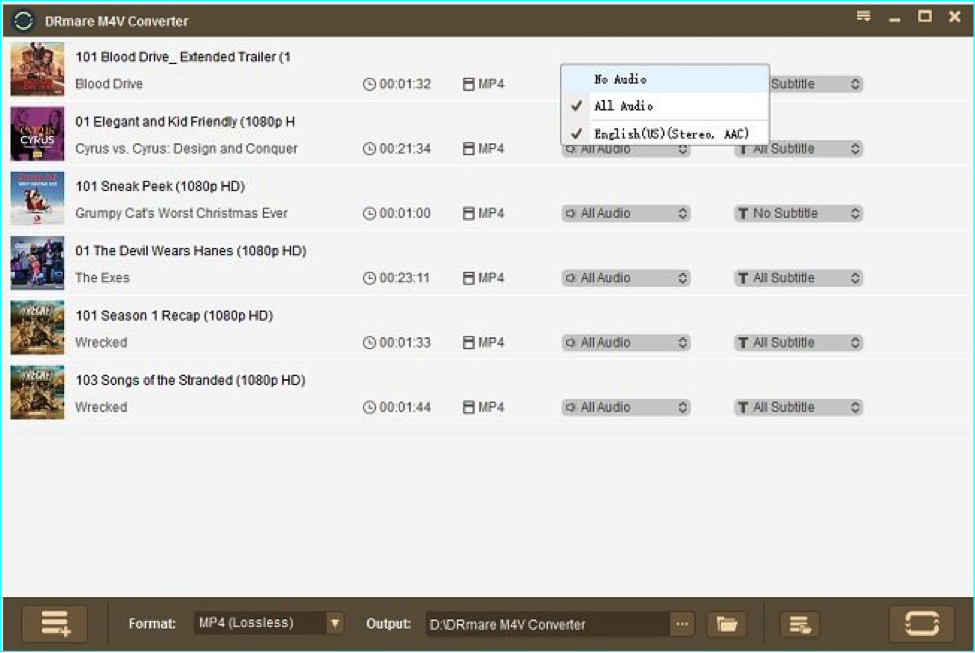 It’s that simple. Furthermore, the conversion speed is out of this world; the software converts files at a speed of up to x20 faster than alternative converters. The interface as indicated earlier is user-friendly and very simple to use.

If you are looking for a way to view iTunes video media and other alternative Apple digital media on non-Apple devices, this is the software for you.