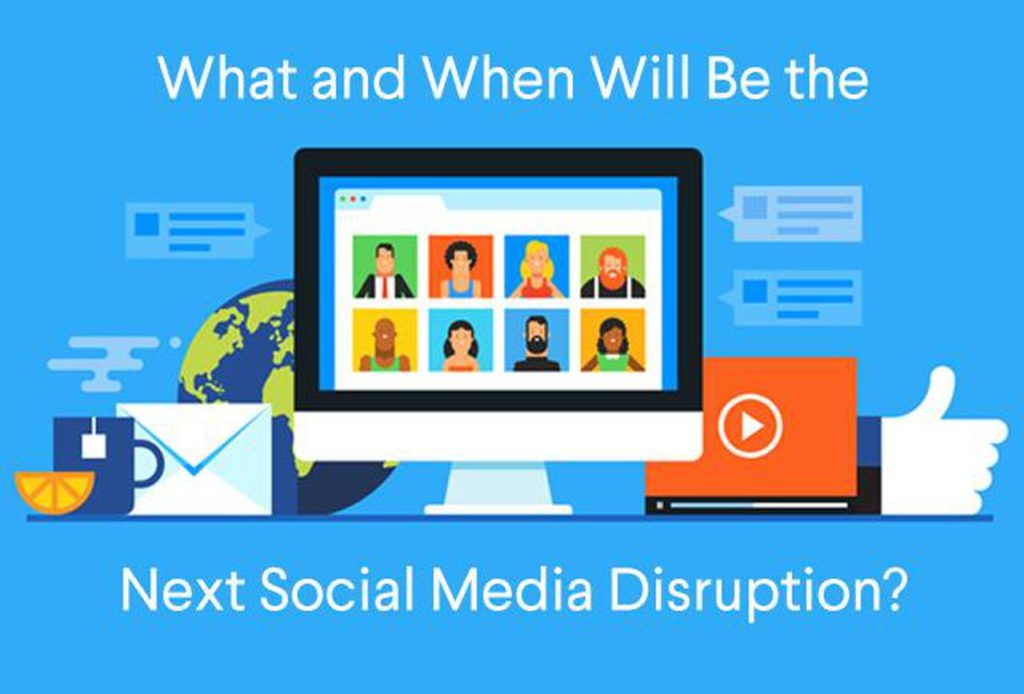 Social media has changed the lives of most people on the planet. Apart from those without Internet connectivity or access to smartphones, we are all touched in one way or another with or by social media.

From the humble beginnings of a chat forum, through to sharing of photos, videos, advertising, influencers and more. Social media has formed to become one of the biggest disrupters to our daily lives. Not to mention our ability to get work done. So, what’s next?

Is it any surprise here that only 5% of respondents from a 2018 Huffington Post survey trusted Facebook? Or only 13% have a favorable view of Facebook?  Not really.

With all the media reports of misuse of market power, security and privacy breaches, live-streaming of murders and racial violence, it has become a platform no longer to share photos of your lunch, but to push political and social views upon followers.

What does this mean for social media as a whole? Will people eventually abandon social media? Or, will new platforms emerge? Only time will tell.

As privacy and security become a much greater concern for social media platforms such as Facebook, the rise of privacy tech for sharenting is a real thing. Sharenting, is a huge point of contention, as parents around the world actively ‘show off’ their parenting skills through sharing photos of their children, themselves and their activities on social media.

Obviously, the risks of this in terms of security are huge, as people gain access to what you are doing, where and how often. Think about someone sharing a photo of your and your child, in a public place, tagging you and the location.

Some parents believe that maintaining strict privacy settings on mainstream platforms or hiding children’s faces is enough. Whilst other parents are switching altogether and are opting for smaller apps that have been designed specifically for families to safely share photos.

As Facebook (and other platforms) grapple with the massive breaches and bad press around the security of not only users but their children, this begs to question, would you risk your children’s safety on the platform?

Giants vs. the small fish

As the great migration from the large, open platforms such as Facebook to closed, private messenger services occurs. Take WhatsApp for instance, which surpassed Facebook in the number of monthly active users (MAU) in September 2018, making it the property’s most popular app with 1.5 billion MAU.

To businesses, disruption can have a devastating impact on marketing effectiveness and ROI.  Especially when it comes to online businesses that heavily rely on Facebook marketing. As these platforms evolve, there is no question that the selling of data will occur.

Will social media be disrupted again?

As social media is set to be disrupted again, AI, VR, and AR will come into the fold, replacing a simple message, and literally putting you in the room – albeit virtually – with friends and loved ones.

It is not a question of if’ social media will be disrupted, it is more a question of when. With programs such as Facebook Spaces already being tested in the Beta versions, it is clear that Star-Wars like communication devices are not science fiction anymore.

With this being the case, a new round of complexity, security and privacy safeguards, and protections will need to be adopted. Where we go from here is anyone’s guess.

Social media is a relatively new phenomenon. However, with the obvious effects on mental health, cyberbullying and large numbers of teens feeling ‘lonely’ in studies taking place around the world – something needs to be done.

It does come down the parents, monitoring screen time and activities, pushing children off technology and outside to play, scape a knee or play in the mud. After all, we cannot avoid technology, but we can control how it controls us. The real question is, are we doing enough?

Lanre Onibalusi is author at LeraBlog. The author's views are entirely their own and may not reflect the views and opinions of LeraBlog staff.