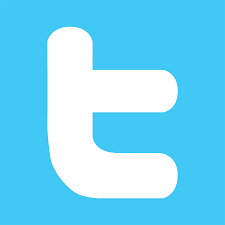 Twitter has changed the way breaking news is delivered. Consumers can access news anywhere and everywhere, on the go, at home, at work, at the gym. Smartphones and Twitter have made it easier than ever to consume news, while aggregated content online has also become increasingly accurate and reliable.

Take the bombings at the Boston Marathon for example, Twitter covered the events in real time, photos, videos, eye witness accounts were at the tip of your fingers. Before any news anchor had even produced a package on it, the events were there for all to see on Twitter. Even the Boston police confirmed “at least 22 injured, two dead” - by tweeting it to a global audience at 4.05pm.

Similarly, the terrorists attacks in Paris were covered in real time of Twitter, residents opened their doors to the injured and taxis were offering their services for free. That was all made possible by social media.

The London riots in the summer of 2011 were also reported on a Twitter over an hour before any news wire service.

There are approximately 320 million active users on Twitter and an estimated 500 million tweets a day, equating to over 200 billion a year. And Twitter is succeeding any other form of social media for breaking news traffic.

Social media is now an indispensable tool to the Guardian newspaper. 10% of the newspaper's traffic now comes from social media, and Twitter is central to that.

The Issue of Accessibility

Unsurprisingly, Twitter has also had a lasting effect on football reporting. There are now post-match articles dedicated solely to fan reaction on Twitter.

Twitter has made football more accessible than ever before for fans. There is a now platform for fans to not only get live match updates but can also follow the transfer window through social media without even picking up a newspaper or turning on the TV.

And not only has it made following games or transfers easier but has brought fans closer to their favourite players. Across the league, players have millions of followers and can communicate with regularly.

There are approximately 378 past and present Premier League players on Twitter and now, if you wish, with the click of app who can see what those players eat for lunch or what bottled water they favour. Fans from around the globe can access their favourite star whatever their continent.

There are 337 professional football clubs in England that are on Twitter, from the Premier League down to non-league, Twitter is seen as an integral tool to cross the boundaries between a fan and their chosen team. To take an example, Manchester United are the most followed club in England with 7.34 million followers, with a total of 24,300 tweets such joining in 2012 - no small feat!

Indeed many in the fan community have taken this data further both in tribute to their clubs and in the creation of fantasy teams. Thatsagoal.com for example have embraced this social media in football culture in creation of their social media XI: a graphic highlighting the Premier League's most followed players. Not only is this of interest to fans but shows the top-four clubs dominate Twitter in terms of their followings. Thus Twitter is a beneficial tool for the big clubs to make themselves even bigger.

LewisRHumphries is author at LeraBlog. The author's views are entirely their own and may not reflect the views and opinions of LeraBlog staff.