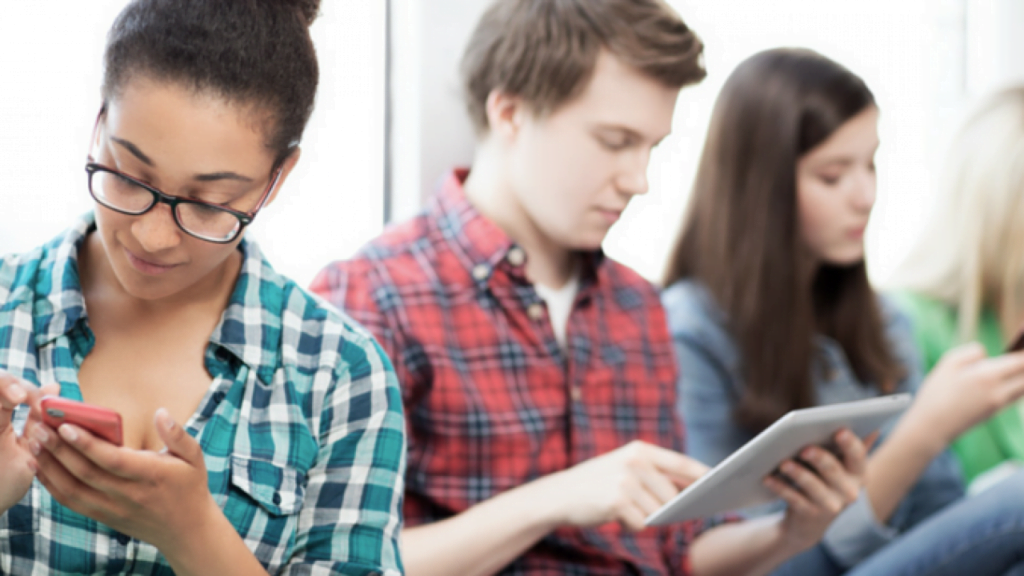 It’s no surprise that the way do everything now has been changed thanks to everyone getting online, but since it is hard to predict just exactly how these changes are going to occur (and when) sometimes it’s important to look at the ways things used to be done, and just how quickly the internet has upended that particular pastime or industry. When it comes to how we do the very basic activity of socializing, what was once face-to-face is now face-to-face in the sense that we can stare at each other through tiny screens we hold in our hands. And this way of learning, meeting new people, making business deals, and more is not going to change any time soon.

Forget printing off a resume and going into a store or an office lobby and asking to talk to the manager or head of human resources. Nowadays businesses don’t want to see you in the flesh until after you’re hired. In fact, the business might not even have a store or office for you to go to. Not only has the application process gone online, but so has the entire workplace. That’s why your online profile page on a jobs website is so important. Chances are this is the very first impression a prospective employer will see of you, so double-check your spelling, put your best qualities and qualifications upfront, and if you have links to any of your social media pages, make sure there is nothing the least bit troubling or controversial on them.

And that’s just to get your foot in the digital door. If they do want to have an interview with you, then it’s probably going to be through the tiny little camera on your phone or laptop, it is so important to prepare yourself. Instead of having a good, firm handshake, make sure the lighting is decent and that you have a bookshelf behind you for some ‘character’. And since they can pretty much only see you above the chest, putting in some effort in looking well-groomed can also go along way.

When it comes to relationships, the internet didn’t take long before having personal ads on message boards in its early days, but in the nineties, going out and asking if you come here often was still a regular thing. If you tried that now, many people would assumed you were trolling for a Tik-Tok video. Now you can hook up with people while relaxing on your couch and swiping right until they text you back. Even if you want something more serious, straight and gay dating has moved completely online, and the more care you put into creating your profile, the more ‘hits’ you will get, and only after texting back and forth for quite a while would you even consider meeting them in person.

When it comes to friendships, it will most likely start in message boards or reddit forums that focus on shared interests. Whether it’s a sports team, a video game, a product brand, or even a fetish, having one thing to talk about is always the first step into getting to know someone better, and there are many different nooks and crannies in the digital cyber-scape for you to escape to. Maybe you want a travel companion, maybe you want someone to help fix your eavestrough, and maybe you are seekinglong distance sugar daddy who can help out with some upcoming bills. One thing is for sure: the internet offers, and doesn’t judge until you hope onto Twitter and say something.

If you aren’t very tech savvy, do a few video calls with friends to make sure you can set it up easy, aren’t muting yourself, and can get used to looking at the camera, and not just the person on the screen. These little things can make a big difference when you are talking with your future boss.

Getting to Know Everyone

Thanks to some recent world events, the live streaming event has picked up a lot of steam, and is certainly not going to go away any time soon. It is so much easier to hang back in your home and watch a wild concert or sporting event than going to the actual stadium, arena or theatre where it is taking place. And while critics might point out that watching it on a screen is not the same, it is a lot more affordable, and for events that sell out, it is typically the only plan B, and it is very easy to do. You usually can access them right on your phone as well.

There are a lot of advantages to doing these events, and one of them is the feeling of being together with thousands of other people through the ‘magic’ of the internet, and there is typically a chat window beside the video screen where you can quickly talk with everyone else in the ‘room’. Especially if a favourite song is played, or one of the athletes makes an amazing catch at just the right time. The idea of ‘I was there’ is changing, and the internet has made it possible for a lot more people to say that. Plenty of major websites like Facebook and YouTube regularly host these events. Some of them are free to join, but on certain sites there might be a subscription or one-time fee (like a ticket) to join.