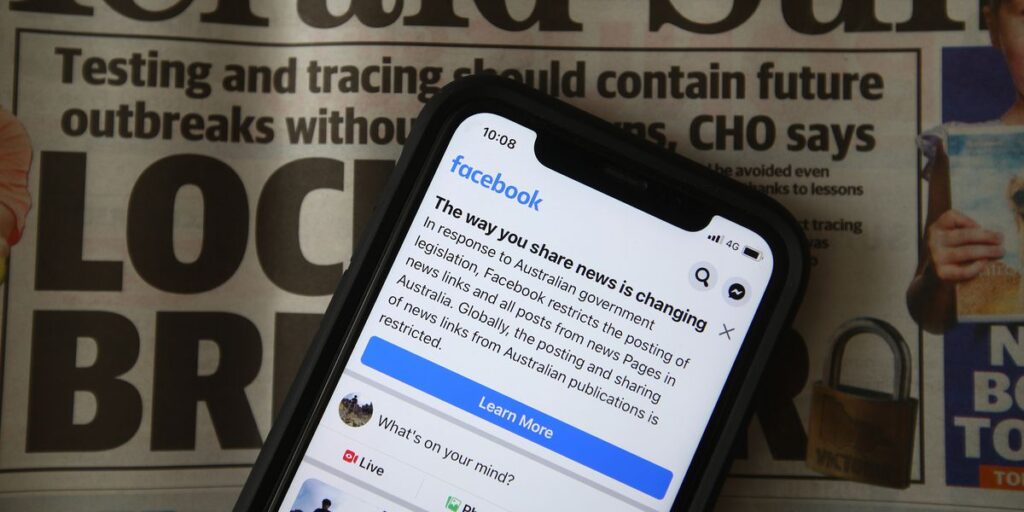 Unless you’ve been living under a rock this past week, you will have no doubt discovered that an ongoing dispute between the Australian Government and Facebook came to a head on Thursday morning. Many Aussie businesses woke to discover their Facebook pages had been banned. Facebook began preventing Australia news sites from posting, while also stopping links from news outlets being shared in comments. What exactly is this new law about? What does this mean for Australia? And what does the future for Facebook look like?

What Is This New Australian Law

To start, let’s take a look at what set off this chain of events. While the dispute has been ongoing, on Wednesday a bargaining code was passed through the House of Representatives, which will require social media companies to pay media outlets for use of their content. The bill is expected to pass the Senate and become law in the coming days.

Back in September, Facebook threatened the ban after being unable to find a solution in discussions with the Australian Government. In an open letter, Facebook Australia and New Zealand’s managing director, William Easton, claimed, “The proposed law fundamentally misunderstands the relationship between our platform and publishers who use it to share news content. It has left us facing a stark choice: attempt to comply with a law that ignored the realities of this relationship or stop allowing news content on our services in Australia.”

This is a threat that they came good on in the early hours of Thursday morning. Content from news websites such as The Sydney Morning Herald, ABC, The Age, etc, were made unavailable to user, with many more pages finding themselves taken down as collateral damage in the process. Government agency pages were taken down, including the Bureau of Meteorology, SA Health, ACT Health and Queensland Health. If you head to their page, you will be met with a message saying “no posts yet”.

So, what exactly does this mean for Australians?

How Does This Affect Australia?

On a personal level, the change won’t have a huge impact. Instead of relying on news from Facebook, you will need to go directly to the source.

It does also mean that you will not get updates from emergency services about weather warnings and other issues. For the moment, it is unclear whether these Government organisations are facing a permanent ban or whether it will be lifted.

“The actions we’re taking are focused on restricting publishers and people in Australia from sharing or viewing Australian and international news content,” said Facebook in a statement. “As the law does not provide clear guidance on the definition of news content, we have taken a broad definition in order to respect the law as drafted. However, we will reverse any pages that are inadvertently impacted.”

It will, no doubt, change the way we receive news. As we have seen since the outbreak of the COVID-19 crisis, Facebook has been a valuable resource for spreading information about any outbreaks and key to staying on top of what’s going on around us. These changes will have a long-term impact on the community.

The next question we have to ask ourselves is, where to from here? Facebook has taken an extraordinary step, which has huge implications across Australia. Will it be reversed? It’s unlikely. Australian Prime Minister, Scott Morrison, has said the government will not be intimidated by Facebook blocking the news feeds to users.

“Facebook’s actions to unfriend Australia, cutting off essential information services on health and emergency services, were as arrogant as they were disappointing,” says Scott Morrison. “I am in regular contact with the leaders of other nations on these issues. We simply won’t be intimidated.”

The Government is still hoping to work with Facebook to come to a solution that works for both parties, however Australia is standing by the law.

At the end of the day, it’s unknown what the future looks like when it comes to Facebook and the sharing of news within Australia. One thing can be said for sure, this issue is far from over and there will definitely be more to come. Watch this space.