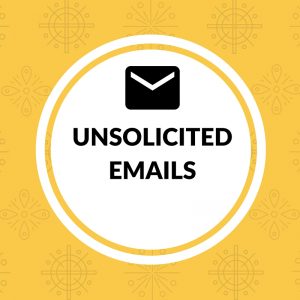 Today, having an email address doesn’t mean much to most people and if you were asked for it online, you are more likely to think twice before giving them one. People who are computer savvy today give fake email addresses the way a lass gives fake phone numbers. People’s attitudes towards giving their important email addresses to companies is the same as the one a woman has when she’s being wooed by men she does not trust or have any romantic interest in whatsoever.

By the time a woman gets to the point she is handing out fake phone numbers, she must have already gone through some unpleasant experiences that she is not willing to endure again even for another second of her life. That’s the impact the current online marketing schemes have had on the online community.

Consequently, people have come up with measures for countering unsolicited emails. Furthermore, it is only natural that some companies will see an opportunity and come up with a means of letting people manage their emails better.

Unsolicited emails are like anonymous phone calls or messages from numbers that are not registered in your phone book. You can read the message just to see what’s in it – a flaw in our curious human nature – or you can ignore it. However, after receiving several anonymous phone calls, you are likely to develop an attitude toward them. For example, I never pick up anonymous phone calls and if I find a single missed call from a number I don’t know, I won’t call back. For me to call back a strange number, there has to be a minimum of three missed calls. To me, that means that the person really wanted to reach me. Otherwise, 99% of the time, it is someone I don’t know. And if it is someone I do know, why would they hide their identity?

Most of the websites you visit today will want to get your email address in one way or another. Then there are those who are good at sucking up email addresses from the internet. Whether you give your email address willingly or someone somehow manages to get it, chances are that you will receive unsolicited emails from somewhere. And they may be so many you’ll find yourself looking for an automatic email unsubscriber or a way of blocking them.

The danger with unsolicited emails is that they could contain viruses. One of the scariest viruses today is ransomware; a virus that hijacks your computer rendering it useless unless a specified insane amount of money is paid to the hijacker (hacker). Trust me; it is an experience you don’t want to deal with. Mac users experience fewer virus attacks than Windows users, but attacks on the former have been increasing lately and the main method used is emails.

Unsolicited emails waste time, are a risk to your career, a risk to your life because they could contain a virus that steals sensitive information from your computer and give the hacker something to use to blackmail you, and are annoying for those of us who don’t like to have unread emails. It is crazy when you see someone with over 1000 unread emails. Where are most of them from? They are unwanted or unsolicited emails.

Managing your emails is important if you are a busy person. The most effective way of getting rid of unsolicited emails is to mark them as spam. That way, your email service provider will take note of the source of the email and block them from sending further emails to your account or any other person’s account – at least not through their systems. If you are getting emails that you sort of signed up for but are no longer useful to you, it is best to unsubscribe from them and you won’t have to deal with annoying unnecessary emails.