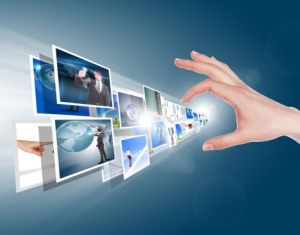 Long before crowdsourcing entities like Kickstarter and GoFundMe were even twinkles in the eyes of their respective creators, if you wanted to make a film in Hollywood, you had to win over a platoon of high-powered film execs, and even then, you may have had to compromise your vision to make it happen.  Even for those with a much more modest goal, funding a project still required the inevitable wooing of one or two well to do financiers – but again, securing capital seldom came without at least a modicum of compromise.

Fast forward to an age where the Internet is the dominant force on the planet and its no wonder that crowdfunding continues to raise the bar for what is possible in terms of funding passion projects – not to mention continuing to demonstrate its legitimacy as a viable (if not at times unpredictable) capital raising vehicle for films.

No one can attest to this more than Sandy Collora, a filmmaker and special effects makeup guru who launched his latest campaign in September. Collora, having spent the bulk of his career working with some of the industry’s effects masters, is looking to add his own mark to the horror genre; a genre that in recent history has failed to produce a new, iconic, practical effects-driven character.

The crowdfunded feature film titled Shallow Water, which Collora admittedly hopes has the legs to emerge as the genre’s next franchise, offers something different to those within the horror community that long for the return of the genre’s creature roots, while cleverly inserting some very topical environmental thematic elements. In fact, Collora’s Kickstarter video passionately decried how humanity’s negative impact on even the smallest parts of an ecosystem can have a very real and meaningful impact.

Noting Collora’s passion for the environment, it’s easy to see how Shallow Water came to be.

As for the practically designed creature, Collora’s unique take is not without its sources of inspiration. According to Collora, his work on the Shallow Water creature facial structure contains a fair bit of the creature Gamera, a giant, tortoise-esque monster featured in a Japanese series of the same name, while the creature’s torso is a nod to the infamous and iconic Creature from the Black Lagoon. Combining these monsters from horror films long past with the essences of snapping turtle and crocodile, the Shallow Water creature represents a fictitious warning of the all too real danger of disrespecting nature and the environment.

It goes without saying that creative types like Collora and the talented people he surrounds himself with (Patrick Magee, FX rock star whose work audiences may recall from AVP: Alien vs. Predator and the third installment of the Men in Black series, is Collora’s primary collaborator for creating the practical make-up effects) enjoy the freedom and collaboration that crowdsourcing projects permit. At the end of the day, crowdsourcing allows filmmakers like Collora to create something that (hopefully) will resonate with a large swath of your target market, and to see in real time just how pumped your audience is to green light your project.

With that being said however, crowdsourcing is not without its challenges. Filmmakers, like any other Kickstarter hopeful, can very easily sink a good portion of their own personal finances in a project only to see it fail. Undeniably, in order for any project to succeed, one must have a very real sense of what a project – in this case film – is going to cost and whether or not your project has enough appeal to draw enough interest from the fan base.

Collora’s goal, for its part, was a monumental one. The three-time Kickstarter veteran hoped to raise a staggering $550,000 to fund his independent film. In the end, Collora fell considerably short – raising just over $232,000 courtesy of 744 backers. Having watched the trailer, the Shallow Water project shows real promise and surprisingly good production value. Given Collora’s passion and vested interest, it’s safe to say that the world has not seen the last of his humanoid creation, or Shallow Water. At the very least, given humanity’s continued destruction of the environment, the film will remain relevant for the considerable future, making it’s return all the more likely.

PSPavel is author at LeraBlog. The author's views are entirely their own and may not reflect the views and opinions of LeraBlog staff.