You thought you could do some minor electrical work in your house yourself - several blown circuit breakers and a severely tarnished pride later, you realize you were wrong. You finally concede that it's time to seek professional help. You need an experienced, certified electrician. But how do you go about locating one that has a solid reputation? If you're like the majority of American consumers, you're likely going to turn to online reviews to help make your decision.

How Influential Are Reviews?

One study centered on the influence online reviews exert on consumer decisions. ReviewInc surveyed a total of 1,500 consumers and asked them to indicate how they would make a choice regarding which company to remodel or furnish their home. Those surveyed were only allowed to select a single choice, which forced them to identify the most influential factor in their decision-making process. The choices included reviews on Google+, Yahoo, Yelp, etc., the company's website, recommendations from people they know, online advertisements, advertisements on TV/radio/newspaper, traditional Yellowpages, or other.

By far, online reviews were selected as the most influential element (35.4%) in deciding on which company to remodel or furnish a home. The next nearest contender was the company's website at 21.9%. All other selections trailed far behind.

When the data was broken down into age groups (18-34, 35-54, and 55+), online reviews remained the top choice for all age groups, although it is interesting to note that preference for traditional Yellowpages showed a distinct generational bias (favored by the 55+ age group).

But Can These Reviews Be Trusted? 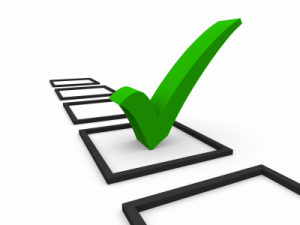 The other ReviewInc study was concerned with determining whether there is a perceived negative bias in online reviews and if that perception is accurate. The study involved a pool of 1,000 consumers and 25,000 non-public business ratings. The results showed that around 60% of internet users surveyed believe that online reviews provide "balanced or neutral" information. This percentage agrees with similar studies examining the trust customers place in online reviews. In those studies, the majority of consumers (72% and 79%) reported that they have as much trust in online reviews as they do in personal recommendations which is pretty astounding when you consider that most personal recommendations come from friends, family, or co-workers while online reviews are generally a nameless, faceless group of strangers.

Those statistics underline the fact that a large number of online shoppers rely on reviews for guidance when purchasing products and services on the web. But ReviewInc didn't stop their investigation there - they examined the perception of bias on online review platforms. Their survey revealed that 17% of consumers think online reviews have a positive bias (shedding an unrealistically favorable light on companies) while 19% believe online reviews actually demonstrate a negative bias. A gender prejudice also emerged in the study - 38% of men believed there was an online review bias while only 31% of women believed any bias existed.

Is the Perception of Bias Accurate?

So are the 19% of consumers who think there is a definite negative bias in online reviews correct? That's the question ReviewInc sought to answer. In order to determine the accuracy of that perception, they compared 25,000 private consumer ratings with ratings posted on public online review sites - their results were quite revealing. Private business ratings averaged around 4.3 stars (using a 5 star scale) while the public online ratings lagged behind at an average of 3.6 stars. For those of you who hate arithmetic, that's a 0.7 point discrepancy. These results suggest that those 19% of consumers are actually dead-on in their perception of a negative bias.

What's a Business Owner to Do?

In their study analysis, ReviewInc was able to illuminate two things which are critical for business owners conducting transactions on the web - online reviews are highly influential in consumer choices and they can be skewed unfairly toward the negative. Therefore, businesses need to take special care in using the most effective and comprehensive tools to ensure that their online reviews are an accurate reflection of the company.

Henri Isenberg is the COO of a company that helps businesses harvest positive reviews online.