In December 2014, comScore released its search market report that indicated a significant growth in the search results on the Yahoo Search Engine with a corresponding fall in the competing Google search engine score. 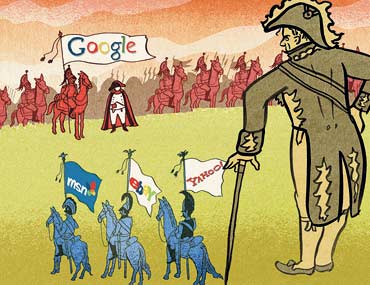 Why the Gain for Yahoo

This gain on the use of Yahoo for search is likely to be a result of the recent partnership of Yahoo with Firefox, to have Yahoo as the default search engine for all Firefox users. However, comScore did not explain this release and the aforementioned explanation is an educated and logical guess, also supported by a quick SEO check.

An earlier post by comScore, which was in error, had indicated only a 0.5 percent loss by Google with the beneficiaries being Yahoo and Bing who had a 0.1 and 0.4 percent gain respectively. However, this post was quickly unpublished and withdrawn as being erroneous. The new results were then published indicating a loss of 1.6 percent for Google, and an equivalent gain of 1.6 percent for Yahoo, with Bing results remaining unchanged.

This gain by Yahoo search is however being monitored closely to see how well it holds up as a majority of Firefox users are switching back to Google as their preferred default search engine with this popular internet browser.

A good observation here is that if this keeps up, then it means that Yahoo is experiencing a reverse trait. The search engine has been steadily losing its grip on the search market share from the time it formed the search alliance with Bing.

What Next For Yahoo

With a majority of the population now turning to the use of mobile gadgets for internet exploration, any search engine would accomplish a big gain if such a search engine gets a way to convince, or influence the masses to use their search services on these mobile devices.

Whether Yahoo is willing to take this route or not remains to be seen. Google has remained the market leader on this front with a solid 80%+ search market share. How Yahoo within its market alliance with Bing can close in on this large gap remains a speculation at the moment. However, if the new observation on the rising Yahoo search trend and its strategic move to partner with Firefox is anything to go by, Google search engine may need to be on the lookout. However, as mentioned earlier, that remains to be seen!