When it first debuted as a social media tool, Google+ was a sort of punch line â€” there was Facebook, Twitter and, the annoying cousin who showed up late to the party (but who's usually a totally cool guy), Google+. Adding to this stigma, in early November 2013, a particularly […]

Voice Search and Local SEO. Is Your Site Properly Optimized?

More and more people are using mobile devices to connect with the internet. The SmartPhone, the iPhone and the iPad have all changed the way that online users access the world wide web. Many people are now using voice instigated searches to find websites and businesses, especially when they are […]

SEO is emerging as a recognized career across the globe. With numerous career prospects available in the field, SEO is a preferred career option available among the young students. The following article talks about the career opportunities in SEO. Read onâ€¦ Online industry is a booming sector, where in Search […]

How Optimized Links from Guest Posts and Press Releases can Hurt

Guest blogging and online press releases have long been two of the best weapons in the arsenal of any SEO professional, but things have changed a lot recently and you need to think twice before using them for link building purpose. Recently, Google updated the "Link Schemes documents" under its […]

The Basics of Keyword Research

In the search marketing field, effective keyword research is a vital key to obtaining high returns. Keyword research gives you a deeper understanding about your customers and their desires. It also helps you to boost your webpage rank and attract the right kind of visitors to your website through SEO. […] 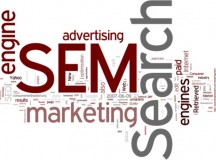 Search engine marketing is becoming more and more of an influence within the way business is done on the internet. For the past several years, search engine optimization has been understood by the general public as something that runs in the background, behind the sites we know, love to visit, […]

With the Penguin 2.0 update that rocked the SEO world in late May, anchor text became quite a big topic of discussion in the SEO community. What level of exact match anchor text is appropriate to use in a post penguin world? What about partial match anchor text? How do […]

In my books, Google's been a bit funky in the last few months. Intentionally changing the way page titles are displayed in their SERPs, heavily pushing Google Authorship to cut back on spam guest blogging, and now introducing a way to incorporate reviews aside from their own in their SERPs. […]

Social Media vs Search Engines. Which is Better for Blog Traffic?

How to Successfully Develop a SEO Strategy For a Start-Up

If you were to begin improving your website on Google, which would be the systematic approach? Responding to this question was easier some time back because just by developing heavy anchor-text hyperlinks, you had total control over the positions. Unfortunately, SEO has changed a lot; it is not the same […]

In a constantly changing landscape of SEO, every year, search engines like Google make significant changes in the Search Algorithms. Some of these changes are minor while some are major updates like Panda and Penguin, which affect the search results and rankings of websites to a great extent. Panda Update: […]

Most businesses realize the power of search engine optimization (SEO), but some get a little over-zealous and repetitive in their efforts. With 2013 bringing a rise in penalties due to Google’s Penguin 2.0 update, now is the time to rethink your SEO strategy and marketing efforts. Namely, you’ll want to […]