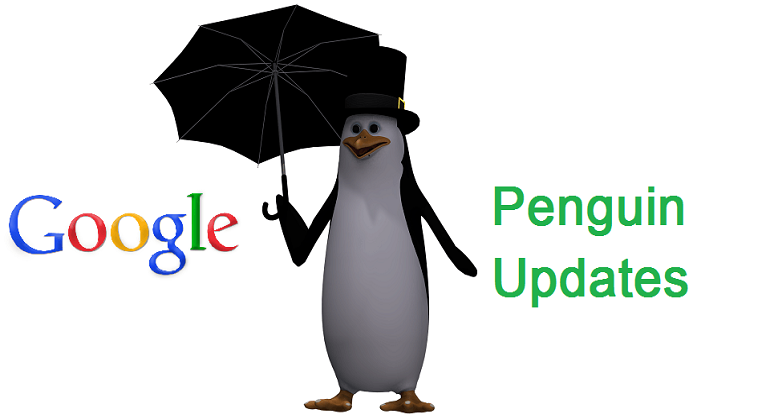 Puzzle-headed? Don’t worry. The penguin we are discussing here is not a penguin of Antarctica. Instead, it is an algorithm of Google Search Engine. Google is a source of endless information and learning potential on this planet. However, it has to employ certain algorithms to prevent the fraud and maintain its credibility. Google’s algorithm ‘Penguin’ is one of them.

Google always aims to provide evergreen and quality content on its Search Engine Results page (SERP). Similarly, Every SEO expert wants his website to be listed on the top of the Search results. But for the sake of better Digital Marketing, some of them manipulate the search engine. This is categorized as wrong and fraudulent tactics. However, Google always focuses on providing high quality, relevant and trustworthy websites along with valuable content and fruitful user experience. To achieve this goal and minimize manipulation, it has employed Penguin as a guard and protector. So be careful while promoting Social Media Marketing or Website Maintenance of your website.

Just like there are many ways of seeing a prism similarly we will try to comprehend and understand Google’s Algorithm ‘Penguin’ in many different ways:

1. Penguin is synonymous to the filter of web spam, i.e. unnatural links. Google launched Penguin on April 24, 2012. The objective of Penguin is to lower the rank of such fraudulent websites who have won the trust of Google and consequently got a place in the top ranking of Google search engine – by creating unnatural links.

3. The objective of Algorithm Penguin is to diminish the ranking of the websites that infringes Google’s quality guidelines by using black-hat SEO techniques. Black hat techniques are the techniques that involve deliberate manipulation of search engine indexes. It includes repeating unrelated phrases, manipulating the importance of resources indexed, in a way inconsistent with the objective of the indexing system.

4. Penguin algorithm is basically a webspam algorithm and a lot of webspam issues are considered while applying algorithm penguin.

Just like Microsoft Windows is updated or its advanced versions are released from time to time similarly many updates of Penguin have been adhered to.

A link to the website is synonymous with the voting power of a voter in an election. If a reputed website is linked to your website, then this means the associations of celebrity with you in your campaigning and you have better chances of winning in an election. If a small or insignificant website is linked to your website it means your association with anti-social elements in the election and you may be swept out in polling results.

1. Specific words used on the website
2. Your region on Geographical Location
3. Your Page Rank
4. Freshness in your content
5. And a host of other factors

The last update of Penguin released on September 23, 2016, is real-time. Before the last update of penguin i.e. Google Penguin 4, the list of sites affected by penguin was periodically refreshed at the same time. With penguin 4, data is refreshed in real time. As a result, changes will be visible much faster.

As per estimates of Google, Penguin affects nearly 3.1% of search queries in English, approximately 3% of queries in other languages like Arabic, German and Chinese.

Google Panda and Penguin are similar but not the same

Although both are the products of Google, yet there are differences between the two.

The first algorithm launched by Google was Panda and it was launched in February 2011. However, Penguin was introduced a year later in April 2012.

The objective of both Panda and Penguin is to bring the high-quality content sites on the top of search engine rankings.

In panda, if the poor quality content has been done away with, then the time of recovery is by next refresh. However, in penguin, it takes time as refreshing is not frequent.

It is not needed in panda as the content is more important, whereas in the Penguin Manual removal of the link may be helpful.