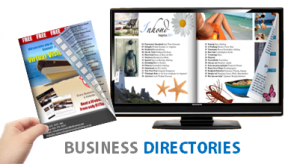 Each quarter, WebDirectoryReviews.Org evaluates web directories objectively according to standard criteria and rates the top ten. Web directories categorize and link to websites on the Internet. A directory is not a search engine, although many have search features.

The key function of a web directory is to categorize resources according to either content or the location.

Directory listings are advantageous in search engine placement. Listed and appropriately categorized in one of the top directories, a website may gain credibility, and keywords or phrases in its title or directory description may lead the search engine to report results placing the website highly on searches using the same keywords and phrases.

The Web Directory Reviews Org review criteria for Third Quarter of 2013 are:

Quarterly reviews look at directory submission policies, submission costs, and anything else that may be important or of interest to submitters, but they apply the five criteria from the perspective of a directory user. By these criteria, the top ten web directories for July, August, and September 2013 are:

Aviva Directory scored 83 percent overall according to the third quarter criteria. Strongest scores were aesthetics, where it scored nine out of ten possible points, and intuitiveness, where it scored 18 out of 20. Weakest was usefulness, 19 out of 25. Aviva’s in-site search feature was the main debit to bring it down for usefulness. Aviva Directory was number one in the second quarter as well, and it has been in the top ten all year.

Best of the Web rated 83 percent, tying Aviva Directory. The directory’s usefulness score broke the tie. Best of the Web has been in the top ten each quarter this year and was number two in 2012 as well. Strongest in intuitiveness, where it scored a perfect 20 out of 20 possible points, its weakest scores were in the criteria of quality and usefulness, where it scored 15 out of 20 and 18 out of 25 points respectively. Use of sentence fragments and lack of category descriptions dragged these scores down.

Jasmine Directory rated 75 percent due largely if not entirely to rating criteria changes. Jasmine Directory’s was strongest in the aesthetics criterion, rating eight out of a possible ten points, and weakest in content, scoring 16 out of 25 due mostly to the low number of websites on its regional tree, which they fixed afterwords.

Scoring 74 percent overall, World Site Index moved from number ten to number six in the third quarter of 2013. This directory’s strongest criterion was quality, where it scored 15 out of 20 possible points, followed by aesthetics with seven out of ten points thanks to its new design, which went online during the review. World Site Index was weakest in usefulness, where it scored 16 out of a possible 25 for its lack of category descriptions.

The R-TT Web Directory is in the number seven spot again in the third quarter of 2013, rated at 72 percent, its third time among the top ten. R-TT Web Directory’s strongest criterion was quality, where it scored 19 out of 20 possible points with its long category and website descriptions. It was weak in content with fewer website listings than in comparable directories.

In eighth place for the second quarter in a row, JoeAnt has been a top-ten directory in all three 2013 quarters. The JoeAnt directory scored 72 percent, tying the R-TT Web Directory in total points. As per the rating process, scores on the usefulness criterion broke the tie. JoeAnt’s strongest score was in intuitiveness, 17 out of a possible 20, its weakest in quality, where it scored 12 out of 20 for frequent use of domain names for website titles and of sentence fragments in website descriptions.

As a new contender, Authority Directory occupied ninth place by scoring 71 percent overall. Quality was this directory’s strongest area with 17 out of a possible 20 points. Its lowest scores were in aesthetics, where it scored six out of ten, and usefulness, 15 out of 25. Authority Directory might improve its content score by adding more websites, particularly within its regional tree, and more category descriptions.

The Open Directory Project retained tenth place during the third quarter of 2013, tying the Authority Directory with 71 points. Scores on the usefulness criterion broke this tie. The strongest Open Directory Project score was on the intuitiveness criterion, 20 out of a possible 20 points, while its weakest score was in quality, 10 out of a possible 20, due to empty subcategories and the use of sentence fragments in website descriptions.

NOTE: The reviewers note that this list represents not necessarily the top-ten best website directories on the Internet but rather the ten directories that scored the most points on the assessment criteria for the third quarter of 2013, according to Web Directory Reviews dot Org.