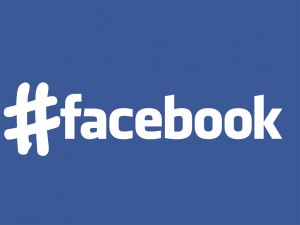 Since Twitter launched in 2006, hashtags have become incredibly popular. Now, hashtags can be found on different websites, such as Google and Tumblr, and have revolutionized how businesses connect to customers.

Nike, HGTV and many other companies have all led successful marketing campaigns in the years since the tag has been available. HGTV, for example, started using the hashtag #lovehome in on-air spots to promote its social media campaign. Television viewers submitted photos on Instagram and Twitter with the hashtag for a chance to see their images later on the television channel and HGTV blog. The social media campaign received over 119,000 submissions throughout the course of the promotion.

Due to the popularity of hashtags, Facebook recently jumped on the bandwagon by allowing clickable hashtags on its site.

Because clickable Facebook hashtags are so new, read on to find out four ways your business can use hashtags on Facebook.

What Is a Hashtag?

Simply put, a hashtag is a hash sign followed by a short phrase, such as #NBAFinals and #Playstation4. According to Vanessa Doctor of hashtags.com, they can’t include spaces or special characters, and shorter ones tend to work better than longer ones because they’re easier to understand.

Unlike traditional tags, hashtags can be inserted directly into text, and they’re more effective because they’re part of the post itself. They can also be used for clarification, and customers will always know what posts are about. Throwing a sale at your computer store? Try #ComputerSale2013 on your posts to boost awareness.

1. Find out What People Are Talking About

To start, spend some time on the website to see how other people are using them first. Pay close attention to the people who have liked your business on Facebook. If you begin to notice some common hashtags, you can pick one out and try to tie it into your business.

Hashtags are often filled with pop culture references, and you can expect to see hundreds of thousands of posts after a shocking turn of events in a TV show. Recently, over 1.5 million “Game of Thrones” fans hopped online to talk about major events that unfolded around the show’s season finale, "Red Wedding." If you run a bakery, for example, you could write a quick post about how fans can cheer themselves up with a delicious cupcake. Be sure to add #GoT or #gameofthrones to connect your post to the conversation at large.

According to Diana Urban of ustandout.com, you should see if a hashtag is already in use before making one of your own. If you use a new one, you’ll be able to guide the conversation and it won’t immediately grow out of hand. However, you don’t need to start over from scratch - you can always modify a hashtag with a new word. For example, a restaurant could change #NBAFinals2013 to #NBAFinals2013Wings and start a conversation about everyone’s favorite Finals snack.

Customers respond more favorably if they feel that they’re part of the conversation, but they won’t feel engaged if every Facebook post is simply an advertisement. In Small Businesses Use Social to Find and Keep Customers, Kelley Weir recommends posting articles that your specific audience will appreciate, which includes a variety of product and service articles, sales, news posts and social events. The more varied your content is, the more successful your campaign will be.

3. Join a Conversation Already in Progress

New conversations happen every day on Facebook, just like in real life. To join a conversation, reply to existing posts and publish your own posts with the same hashtags. You won’t have any control over the direction of the hashtag, but you’ll reach a larger audience.

A great way to start your campaign is to use existing hashtags and slowly add your own. If people like what they see, they’ll like your business on Facebook and will also use your new hashtags to spread the word. For example, you could begin adding #YummyPizza to posts containing #FamilyNightOut to get people thinking about your pizza shop.

You can also look at hashtags to see how people view your company. If people are posting hashtags like #YourCompanyIsHorrible, consider hiring a business reputation firm to repair the damage. Over time, you’ll be able to improve your company’s public image.

4. Use Hashtags at Events

If you’re hosting a sale, author Q&A or other social event at your business, hashtags can increase hype and turnout for the event. Most events only last a day or two, so people will feel a sense of urgency when they make a post. Every post will immediately reach hundreds or thousands of people.

The short-term benefits are impressive: You’ll boost turnout to the event and make more sales. However, the long-term benefits are more important. If people have a good time, they’ll remember your store and will recommend it to their friends in the future, and they’ll be more likely to pick up your hashtags.

Now that hashtags have been added to Facebook, it is time to launch a hashtag campaign and start generating #buzz for your company.

By David Soto who has worked with small businesses on developing strategies for their social media assets. He likes to write about best online practices for businesses and professionals.