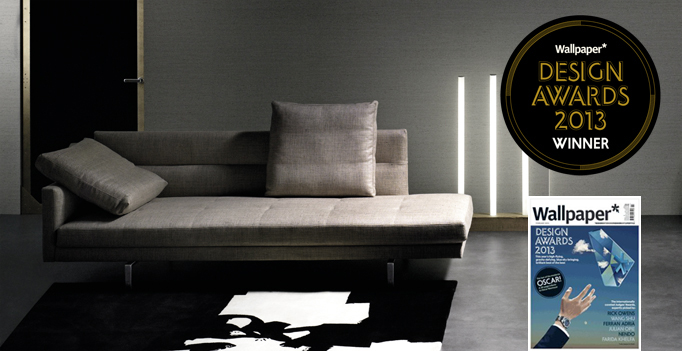 The 2013 Wallpaper Designer of the Year Contest (held by Ideal Home Show) brought out more than 80 budding interior designers who competed for a chance to get their designs manufactured and sold by major manufacturers.

Five designers made it to the finals with Wendy Kendall taking the stop slot for her design entitled “Petite Street” and earning herself the chance to bring Petite Street to a much wider audience.

Here’s a shot of Wendy posing alongside her winning design “Petite Street:”

The Wallpaper Designer of the Year Contest has been grown considerably each year and now attracts some of the top-named interior designers in the world.

During last year’s (2012) Design Contest held in London, speaker Lawrence Llewellyn Bowen has the following to say about the current state of the wallpaper industry:

“It’s an interesting symbol that we are starting to reclaim our homes for ourselves-using wallpaper is a key illustration that we are falling in love with our living rooms again.”

Fast forward to 2013, and Bowen’s words still ring true-while wallpaper may seem like a product that hasn’t been be improved on in years, advancements in technology are allowing online companies to take the pain of measuring, designing, and matching patterns away from the consumers.

Some companies now offer shoppers the ability to send over the measurements of a specific wall, and the vendor will pre-cut the selection of wallpaper in order to make sure the patterns fit together precisely.

Wendy Kendall wasn’t the only designer to gain attention, runners up for the contest included Jen Moules with ‘Apples’.

Her design (pictured below) may not get a chance to be distributed through the contest vendor, but already you can see how quickly the design has spread through the web. ‘Apples’ can already be found adorning the backgrounds of websites as well as other online image uses.

Laura Escalante was another designer who was a runner up for the 2013 Contest. Her design called ‘Blue Blossom’ is a much simpler design with (in my opinion) much less obtrusive design than Petite Street.

Other runners up for the contest included:

The 2014 Content is still more than 9 months away-if trends continues though it could be the biggest one yet and ready to invigorate the career of the lucky designer who wins.

Myles Albert is the owner of Interior Excellence LLC, a source for NJ Basement Remodeling for all types of homes. He writes frequently on his home remodeling blog where he keeps track of industry and design news and trends.

JeremyWoods is author at LeraBlog. The author's views are entirely their own and may not reflect the views and opinions of LeraBlog staff.