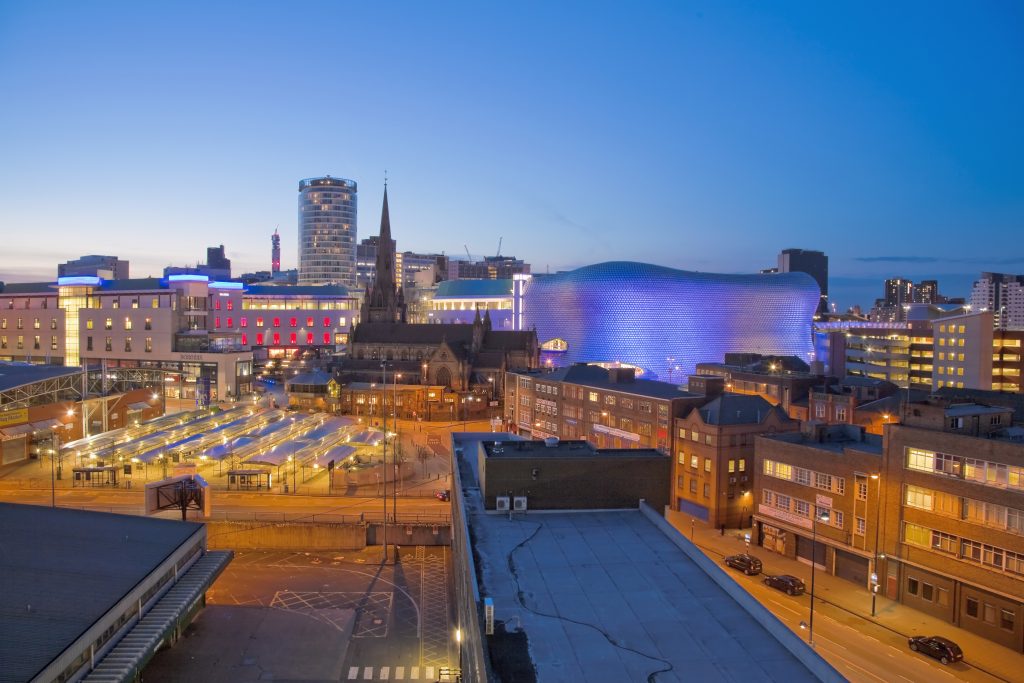 So you’re ready for your next move? You’ll probably be looking for somewhere affordable, fun, rich in culture and entertainment, and with great opportunities for career development. Don’t tell your friends and family until you’re absolutely sure, but, before you pack up your home and make the move, here’s why Birmingham ticks all the above boxes – and more.

First things first, Birmingham boasts the second largest economy in England. HSBC opened a new headquarters in the city at the start of 2018, and this is just one of many reasons why Birmingham is being chosen over London, as home to many young professionals. The average wage is still lower than in London, but general living costs, including rent and mortgages, also come in at much less than they do in the capital.

And this is already being acknowledged by those leaving London, who now recognise the ‘second city’ as the go-to location for affordable housing, and continued prosperity. House prices in Birmingham are already reacting positively to this trend though, so don’t delay your move for too much longer, in order to get the best price on your new home.

You’ll be pleasantly surprised by the number of luscious green areas that break up the bustling metropolis of Birmingham. In fact, there are more than 500 green spaces to explore and enjoy, giving commuters and residents plenty of pleasant places to sit and relax during their lunch and leisure breaks.

Birmingham is of course renowned for being ethnically and culturally diverse too. During the most recent Census data, one in every 3.1 people was recorded as black, Asian, of from another ethnic minority – more than doubly diverse as the average across England and Wales (one in every 6.6 people).

No matter where you’re moving from, your new home will be roughly equidistant, in terms of travel-time, to many parts of the UK. Allowing you to return to see the friends and family you’ve moved away from (and hopefully not because of!), without travelling for an entire day, you’ll also be close enough for them to visit you.

Moving home will therefore also work out cheaper than relocating at either end of the country, with price comparison sites like Man and Van in Birmingham designed to save you cash during your journey. And while transport links to and within the city are already of an excellent standard, they are due to become even better in the next few years…

Within the next decade, the first phase of the high-speed HS2 railway will open, linking Birmingham to London with a 250mph railway line. However, within the city already is one of the best public transportation networks in the UK, with buses running 24/7, and great links via the Midland Metro. Another reason why Birmingham has become popular for people leaving London, public transport is the preferred method of transport for many residents.

Interestingly, there are more canals in Birmingham (35) than there are in Venice. Many of these are now flanked by cafes, restaurants, and flow through the city’s many cultural hotspots, including Birmingham’s ‘creative quarter’ – The Custard Factory. Host to many fairs, festivals and gigs, it is also home to more than 500 creative and digital businesses – making it the biggest creative industries hub outside of London.

Never far from the countryside

Away from the converted industrial buildings of the city centre, you won’t have to travel far to find yourself surrounded by the beautiful, Black Country countryside. Once honouring its title, by being covered in the layers of soot and thick mist that spewed from the many mines and foundries of industrial Birmingham, The Black Country is now an idyllic landscape of greenery and traditional farmsteads.

Ramblers will find miles of popular, leisurely and more challenging country walks, while the award winning Black Country Living Museum lets you immerse yourself in the many demands of life during the industrial revolution. There are also several country parks and halls, and opportunities to see the countryside and outskirts of the city while enjoying the tranquillity of the traditional canal boat.