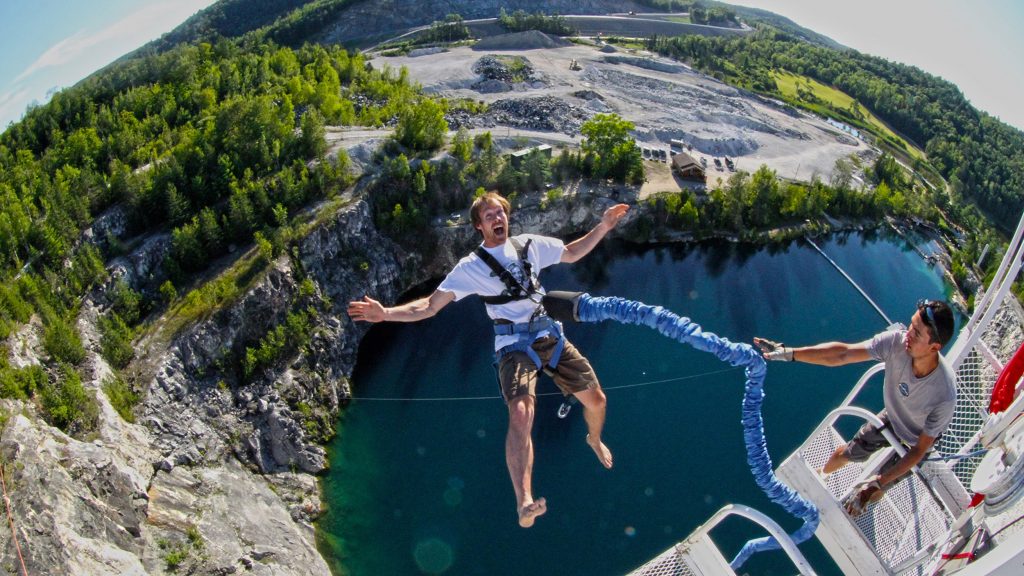 Just a personal note – I’ve got a special affinity towards Canada because – one, my boyfriend lives there and two, because it’s all about adventure. And, we’re talking just about the latter part.

So Canada has been a part of my childhood dreams because I was told there’s a lot of snow there, and bungee jumping became other dream because I wanted to fly. When the kids in my class wanted to become actresses and models I wanted to become a bird – and just as weird as it sounds I never became one, because it was never possible. So then, the next thing I could really think of was bungee jumping and what could be a better plan than having your two wishes being fulfilled in one go?

So here’s how it all started – One day, with all the excitement in the world I finally mustered the courage to travel solo to Canada, not to see my boyfriend but to do bungee and it was to get thrilling every minute.

Now the story – Everything About Bungee

Just as crazy as it sounds, bungee has all the fun involved in it – just how you’d want it to be – it has thrill, risk, excitement and most of all it has adventure. The perfect bungee happens when you let the thrill and adventure take over – and when you feel that adrenaline rush through the veins making you just take that jump because life is too short to dies a boring life.

So, when I went to Canada my research was based on all the beautiful places where I could do bungee jumping, and I came up with a list of these 4 most amazing ones. Read the post until the end if you’re either a fan of bungees and would love to explore places around Canada for bungee or are on your way of becoming one. This post is dedicated to all the bungee lovers, just like me.

Your love for bungee jumping should be timeless and limitless; and if you’re just ready to let the adrenaline rush take over your body when you hurl yourself into the cliffs, then these bungee jumping options in Canada are all you need.

So, pack your bags and your spirit, and get ready for Canada.

savvyflyers is author at LeraBlog. The author's views are entirely their own and may not reflect the views and opinions of LeraBlog staff.