Milan, the business and fashion capital of Italy, is renowned for its magnificent many historical and architectural sights. Visitors to city throng the city's famed attractions such as the imposing Duomo, the Santa Maria Delle Grazie church home of â€˜the Last Supper', the Teatro Alla Scala, and the Galleria Vittorio Emanuele II.

The last-mentioned attraction is a glass-topped shopping arcade, reputed to be the oldest shopping mall in the world having opened its doors for business in 1867.

The Arcade is home to Milan’s flagship Prada store and also plays host to outlets of other luxury brands like Gucci and Louis Vuitton amongst others. Galleria Vittorio Emanuelle II is a popular haunt with visitors who head here to shop, dine and spin on an appendage of a mosaic tile bull, thought to be a generator of good luck.

Milan along with cities like New York and London is the center of global fashion, and many a fashion trend emanates from the city’s annual fashion weeks. Milan thus brims with boutiques belonging to luxury fashion labels. These chic, stylish boutiques are mainly concentrated in the city center Quadrilatero d’Oro or golden triangle.

The stores located here belong to the biggest names in fashion. Armani, Kenzo, Missoni, Miu Miu, Hermes, Valentino and many have a presence here. The offerings at these boutiques hail from the current season and usually bear hefty price tags.

However, as a fashion lover you need not despair if the labels at these stores are in excess of your budget. There are plenty of shopping options available for you in Milan. In fact, in addition to luxury shopping, Milan also has a very well developed outlet-shopping scene where big name brands from previous seasons produced are available at prices suitable for most wallets.

When and where to shop
The end of the seasons sales in the city are held during the months of January and February and then again in July. In August many stores and boutiques down their shutters for summer and the festival of Ferragosto.

Shops in the city typically open for business from 9.30am to 7.30pm with an hour-long lunch break. On Mondays, shops are open from 3.30pm to 7.30pm. Most shops in Milan are closed on Sundays as well.

Non-EU residents can claim VAT refund (IVA in Italy) for purchases totaling â‚¬154.94 from stores that offer Tax-Free shopping. To claim this refund, you need to fill out a form supplied by the store and present it along with the receipts for stamping by Customs at the airport while exiting the country. Customs may ask to inspect the products before stamping the forms. You can either collect the refund at the refund center or then post the stamped form from home for the amount to be credited to your credit card.

Fashion Outlets and Factory stores in and around Milan
Il Salvagente is located near Linate Airport and the Central Station and is easily accessible from Milan's city center. Il Salvagente opened its doors in 1978 and features several reputed brand names. Clothes, shoes, and accessories are on offer here at rebates up to 70%.

Other outlet stores in the city worth a visit include 10 Corso Como Outlet at Via Tazzoli 3 north of the city center, Dmagazine Outlet on Via 26 and Basement on Via Senato 15 both in the heart of the city.

For the quintessential outlet experience, it makes sense to rent a car and head out of Milan, for most of the bigger outlet centers are located on the fringes of the city. 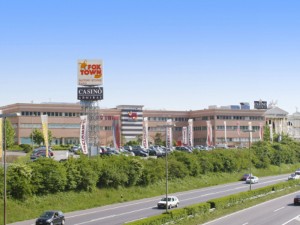 Foxtown Factory Stores Mendrisio
Foxtown is located across the Swiss border and is accessible via a little over an hour's drive from Milan. If you rather not drive you can also ride the shopping shuttle, which departs daily from the Milan Visitor Center located in town (Via Cusani 18). In fact, the shopping shuttle services offer access to the outlet villages located around Milan. 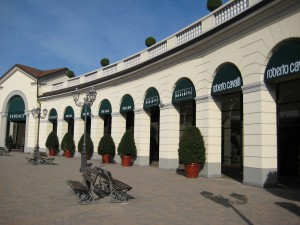 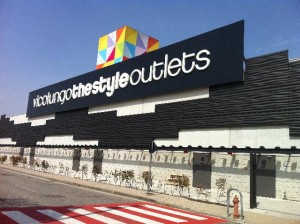 Vicolungo the Style Outlets
The Vicolungo complex is located in the province of Novara and reachable via a half hour drive from Milan. The 150 stores located here offer discounted housewares and beauty products along with clothing and accessories for all the family. 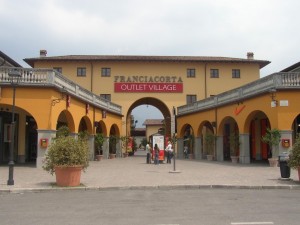 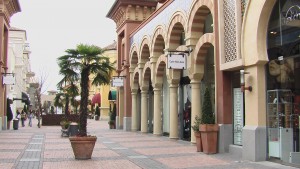 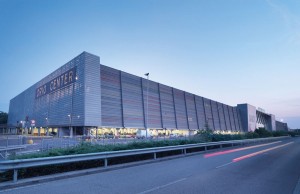 Orio Center
Another shopping center worth a visit is Orio Center, which lies within easy access of the Il Caravaggio (formerly Orio al Serio) airport in the province of Bergamo at a distance of 60 km from Milan. Orio Center is the largest mall in Italy, and it has two hundred stores offering a wide array of products including apparel, housewares, beauty products, and electronics.

Are you interested to visit Milan soon? You may check business class flights to Milan here: http://www.farebuzz.com/destinations/business-class-to-milan.aspx#.VVRj11n1iDR

Dawnrichardd is author at LeraBlog. The author's views are entirely their own and may not reflect the views and opinions of LeraBlog staff.