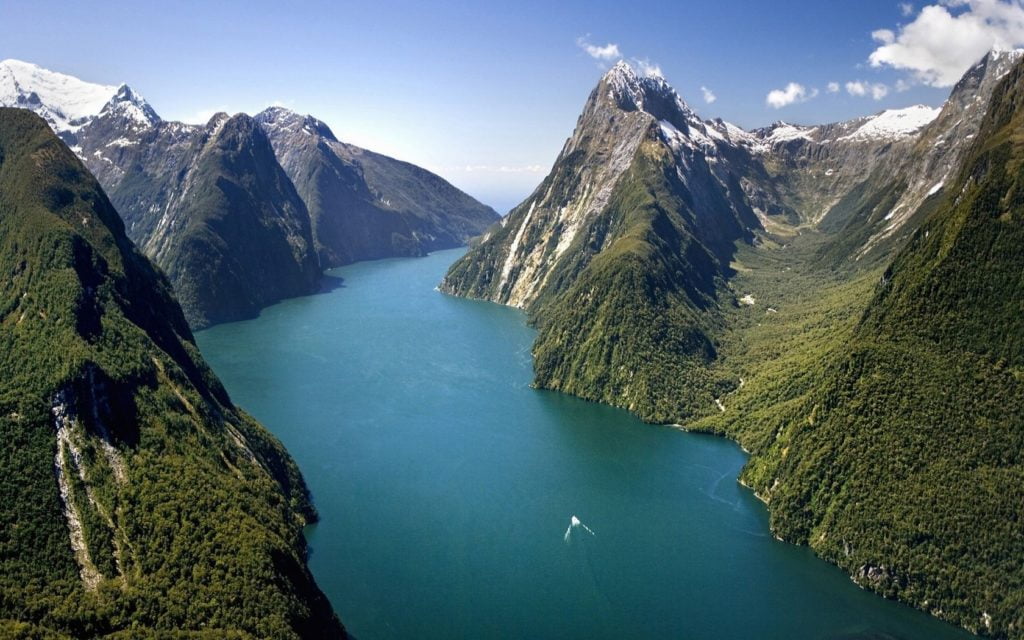 Considered by Rudyard Kipling as one of the world’s natural wonders, Milford Sound (Piopiotahi in Maori) is a fjord between Te Wahipounamu National Park and Fiordland National Park in the South Island. The fjord extends over a length of 15 km towards the Tasmanian Sea and is flanked by pools with heights of over 1200 m. The slopes of the fjord are covered by lush forests; the area is the area of ​​numerous marine species including seals, penguins, dolphins and often whales. Milford Sound is one of New Zealand’s most popular tourist destinations. 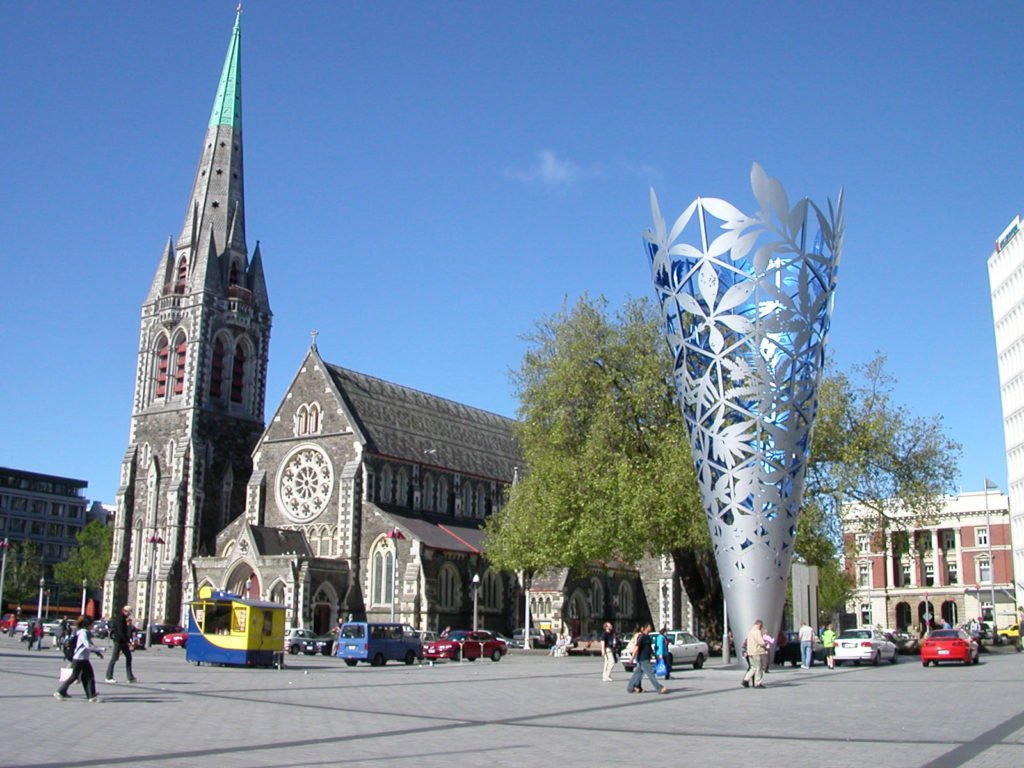 Located on the southern tip of the Pegasus Peninsula near the estuary formed by the Avon and Heathcote rivers, Christchurch is the largest city in the South Island and the second-largest city in New Zealand. Christchurch is considered the city with the best quality of drinking water and is famous for its Anglican cathedral located right in the center of the city around which there is a market to which four large boulevards converge. Other attractions are the Canterbury Museum and the Arts Center. 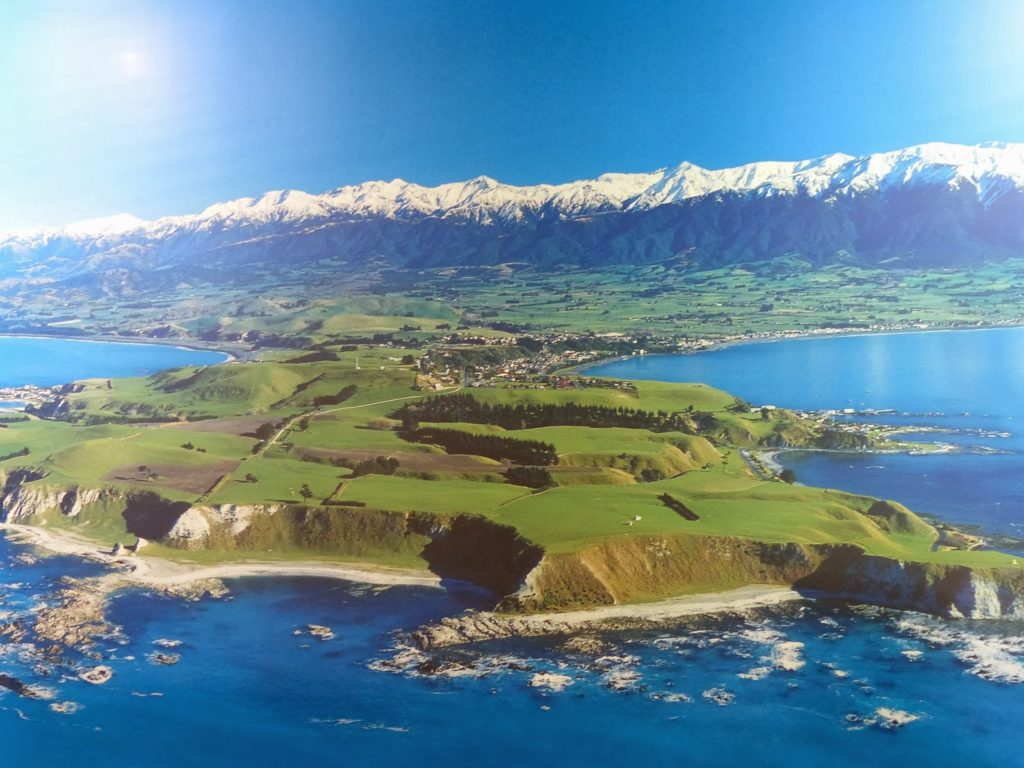 Located on the east coast of the South Island of New Zealand, Kaikoura is 180 km north of Christchurch. Off the Kaikoura Peninsula that borders the city, marine life is extremely abundant due to ocean currents; the city is an important port and marine fishing center. Kaikoura benefits from spectacular landscapes due to the nearby mountains and is a starting point for exploring and studying marine life. 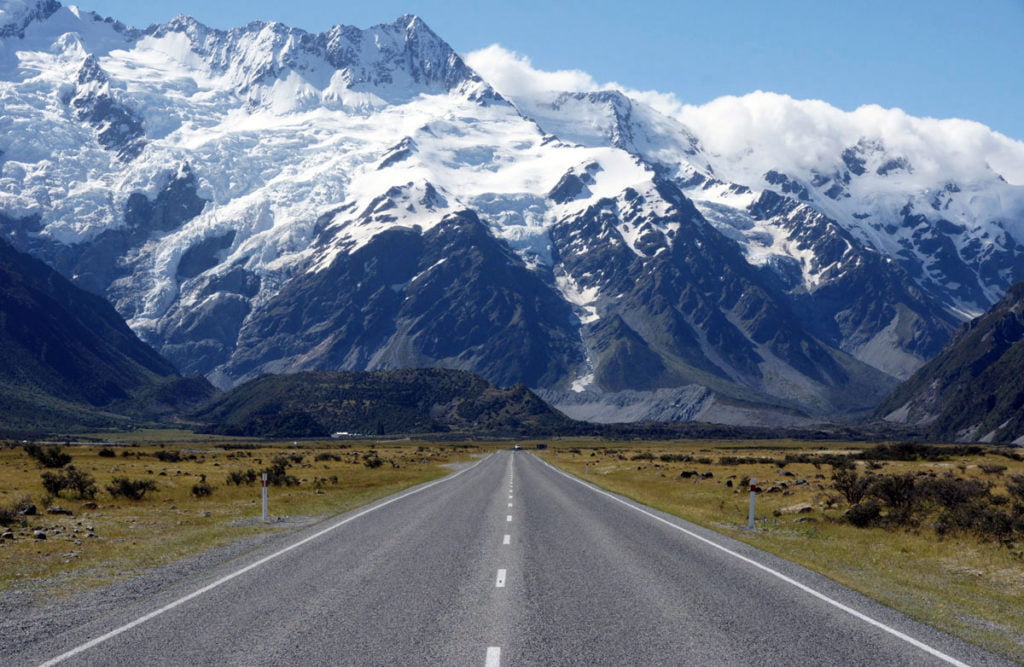 Mount Cook National Park is located on the South Island of New Zealand in the vicinity of Twizel. Declared a national park in 1953, the protected area covers about 700 km2; 40% of the park’s surface is covered by glaciers, most notably the Aoraki Glacier on the slopes of Cook Mountain. The flora and fauna protected in the park are alpine specific, many of the species being found only in this area. In the park, there are hiking, hunting, and ski trails. 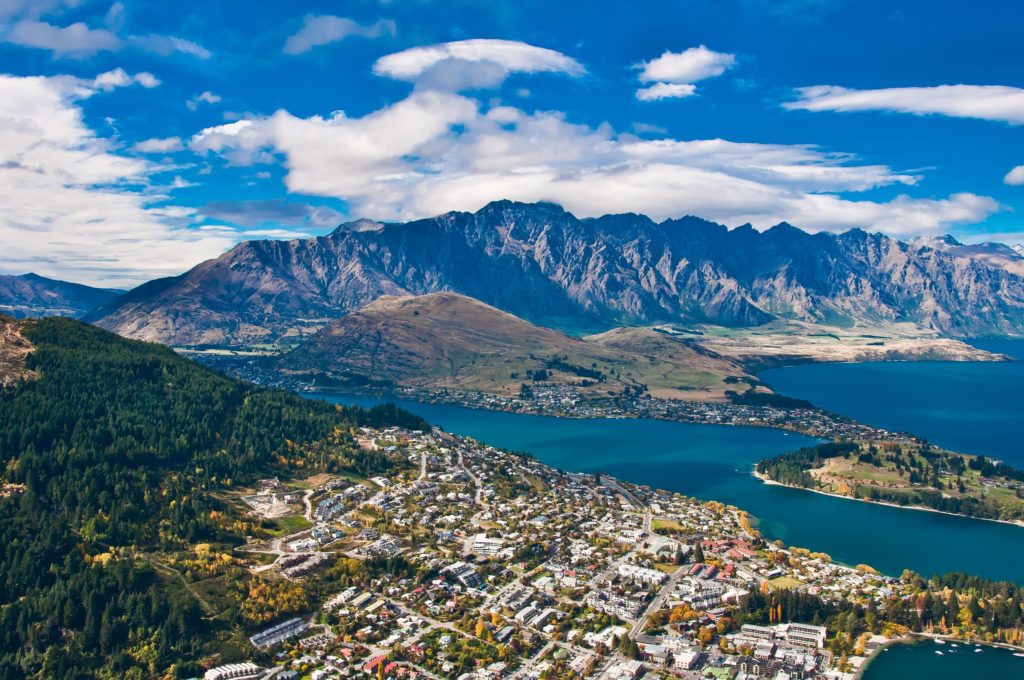 Surrounded by majestic mountains, located on the shores of Lake Wakatipu, in whose crystal waters mirror the snowy pools, Queenstown is a city – an internationally prestigious resort, built around the natural bay of the lake. It seems that the discovery of gold in the valley of the River Arrow in 1862 also brought the name – one of the lucky gold seekers, giving his name in honor of Queen Victoria. The city is the largest in the central area of ​​the province and the third-largest in the Otago District. Many hotels and resorts are available in the area. For example, situated in a picturesque location, Garden Court Suites & Apartments Queenstown can host tourists all year long. 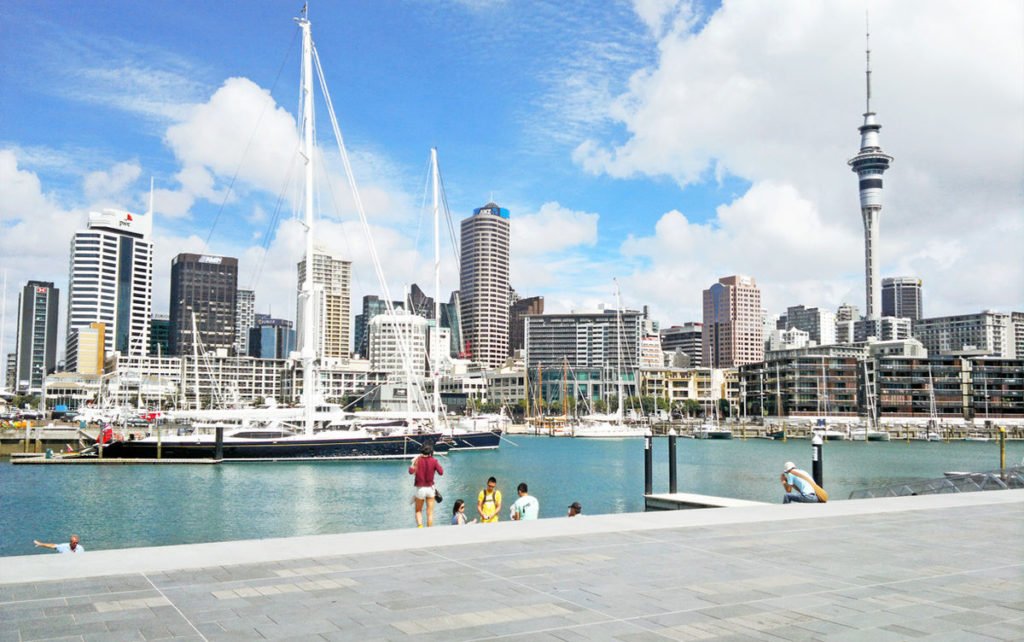 The largest city of New Zealand, Auckland is also known as the city of sailors, due to its maritime traditions. Auckland is located on the North Island, between the Hauraki Gulf on the Pacific Ocean to the east, the Huna Mountains to the southeast, the Manukau Port to the southwest and the Waikatere Mountains to the west and northwest. The central part of the city sits on a narrow isthmus between the port of Manukau on the Tasmanian Sea and the port of Waitemata on the Pacific Ocean. It is one of the few cities in the world with ports to two distinct maritime entities. Inhabited since 1350 by the Maori population organized in steps (fortified villages), Auckland begins to develop as a city in 1832, and in 1840-1841 becomes the capital of New Zealand.

Located in the Bay of Planty region, on the south bank of the lake with the same name, Rotorua is one of the main tourist destinations in the central area of ​​northern New Zealand. The city is located in an area with intense geothermal activity, in the surroundings, there are numerous geysers, mud volcanoes, sulfurous lakes, and thermal springs. Rotorua is known as a spa destination since 1800. Another attraction of the area is mountain biking, in 2006 a world mountain biking championship is held here. The attractiveness of the area is enhanced by the local Maori culture, representative of the traditional Tamaki Maori village. 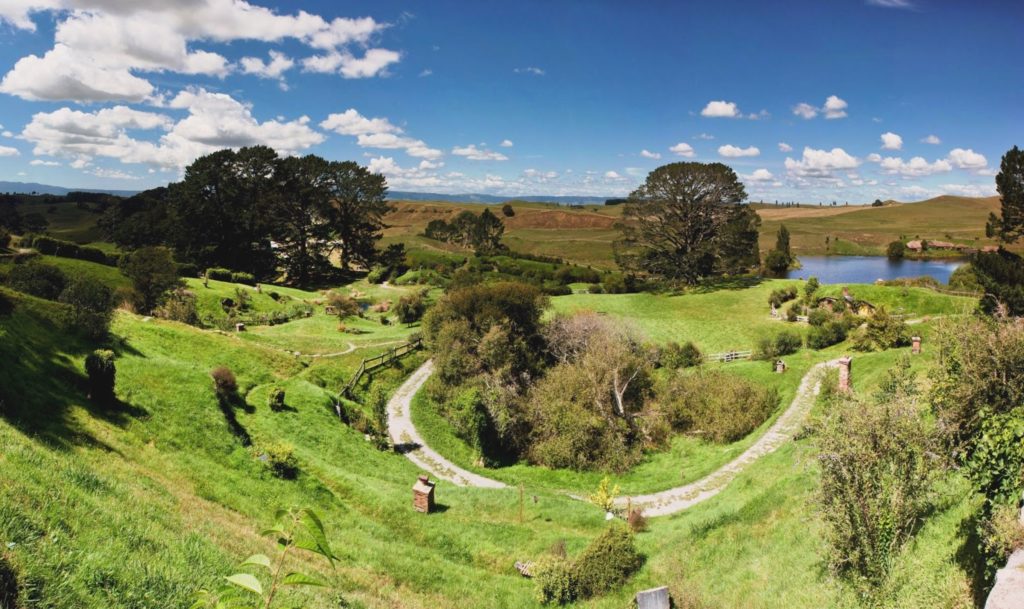 Located about 10 km southwest of Matamata (a locality in Waikato district on the North Island), the Hobbiton Movie Set is the place where filming was made for The Lord of the Rings movie trilogy and The Hobbit series. The unique film set is located on the territory of the Alexander family farm, being at present an attractive tourist destination. The place was discovered by Peter Jackson during aerial research to find a place suitable for filming.