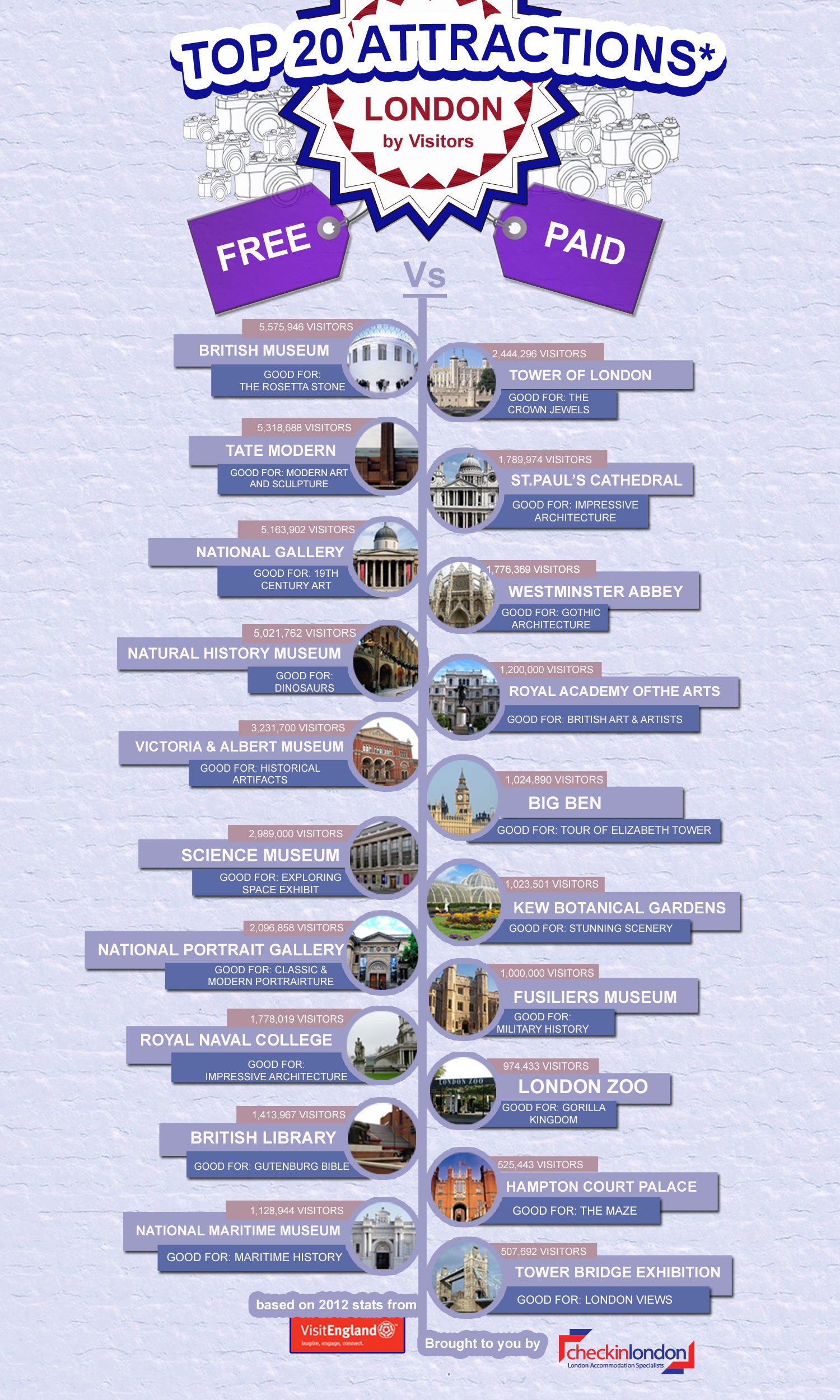 A tour of London never ceases to be magical. In fact, London is one of the European cities that will blend in the modern world with fairy tales in ways no other city can manage. On the top ten lists of the places to visit in London are some famous names such as;

The Coca-Cola London Eye is the pride of the London skyline. Get into one of its 32 capsules and, for next half of an hour, watch the best views of London including 55 of its landmarks.

With a single ticket lasting 24 hours, you will enjoy great views of London on a hop on and hop off bus. Among the sights to see in the span of a day are the Buckingham Palace, the Tower of London, Westminster Abbey and many others.

As one of the most famous buildings in the world, the Tower of London has a history spanning almost a millennium and has served many roles including a prison, a royal palace, a place for execution, a zoo, a jewel house and as an arsenal.

Being one of the most spectacular of the Historic Royal Palaces, the Kensington Palace has a rich history and lots to see. Experience the life of Queen Victoria and Princess Diana in this palace. You can even read the history of the British dynasty in this palace.

If you are daring enough, you can visit the London Dungeon and experience the dark history of this glorious city. Deep in the city is an eerie dungeon that brings to life acts such as the historic executions and others.

One of the best stories to ever grace the planet, the Harry Potter sequel of stories became even livelier when it was brought to the big screen by Warner Bros. Studios. Now, you can experience the behind-the-scenes actions from Hagrid’s hut, the Great Hall and Dumbledore’s office. Years after the last film came out, the magic still lives on here.

If you wish to visit a palace that is actually working, then the Buckingham Palace is where you should be. With 775 rooms and the famous Changing The Guard, there is enough amazement to this palace.

At Madame Tussauds, you can meet just about any famous face you know. From Usain Bolt to Lady Gaga to Her Majesty the Queen, you can rub shoulders with the best of the best. While meeting the Queen is a rarity, you never know when her royal highness smile will show up.

At this building, you will behold the lives of the Kings and Queens of the British Empire. With a history spanning over seven hundred years, the Westminster Abbey deserves all of its glory including its inclusion in the list of World Heritage Sites.